Value in Derby winners getting tough

A great finish to the Flemington carnival is revealed in an impressive nine-card program. We’ll focus our interest on the two Group One races with a peek at the Queen Elizabeth Stakes.

Charged-up Dual Hemisphere Derby Winners Clash
The Seppelt Mackinnon Stakes may prove a major coup for the carnival when the race is settled. While Blair House has caught the attention of punters … be warned there maybe a trap for young players in the reckoning.

These two Godolphin horses from different stables know each other well having met three-times for two epics and a cup-of tea with Benbatl holding a two-to-one advantage over the Appleby trained, Blair House. Trouble is that when you tear-up the rest of Blair House’s form, there doesn’t seem to be a benchmark close to that high rating from any of his other races.

It’s like when these two horses meet on a racecourse, it’s as if Blair House taunts Benbatl with … “alright flake, you are on! We’ll see who gets to wear the blue cap and who gets the white one”.

The Appleby trained gelding did well for fourth in the Underwood at his first Australian start after his Dubai Turf failure but that mark he returned wasn’t much off his high-quality European/Dubai handicap form and some seven points below this current benchmark estimation. He may prove me wrong here with a 113 performance, but he will need too.

The excellent matchup in this race for me is that of two of this year’s Derby winners. From the Northern hemisphere, this year’s Irish Derby winner Latrobe is set to take on the baby of the field and last Saturday’s dominant VRC (Spring) Derby winner, Extra Brut.

And this Spring Derby winner won’t be a pushover even on the quick backup. He was good last Saturday and ran time.

The form around Latrobe is Group One all the way. Rostropovich was a close second in Latrobe’s Derby and proved the form with a tough fifth in last Tuesday’s Melbourne Cup. 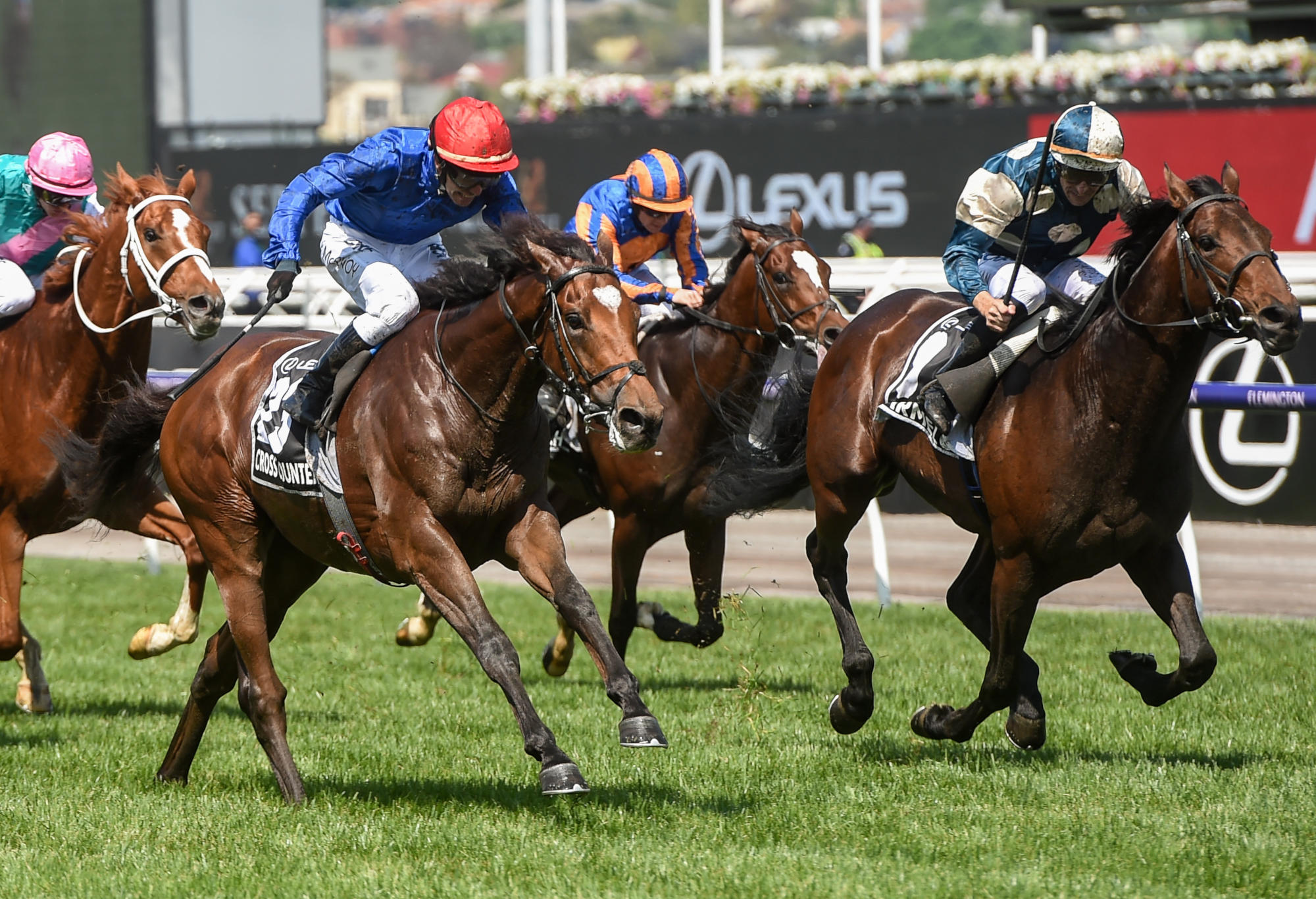 After the Derby win, the Joseph O’Brien trained galloper was game in defeat behind Flag of Honour in the Irish St. Leger before that horse was beaten only a couple of lengths by the world’s best distance horse Stradivarius in the marathon on Ascot Champions Day. Latrobe’s form stacks up solid and 2000 metres suits and his only ordinary run at the trip was when taking on Europe’s elite in the York Juddmonte International Stakes. Oops! Bit of an over-match there.

As for Extra Brut … it is a big ask for a youngster to tackle this quality off a hard run but with his weight-for-age discount to 51kg, I have an idea why Darren Weir didn’t hesitate after last Saturday’s victory, in saying where the horse would start next.

I’m happy enough backing them both at current odds. A slight leaning to Latrobe but only slight.

The VRC Sprint Classic offers an Everest rematch in spades
Seven horses are within five benchmark rating points of each other. This sets this time-honoured sprint up as the grand finale of a wonderful spring of short course racing.

Last year’s winner Redzel still holds the upper hand and rightly so after a dominant Everest repeat and he is every bit as good down the straight six as Redkirk Warrior or any other sprinter for that matter. The same can’t be said for Santa Ana Lane who hasn’t looked good at all. His last resounding defeat down the sprint course was over a year ago but that may change as his form has gone ballistic this year. 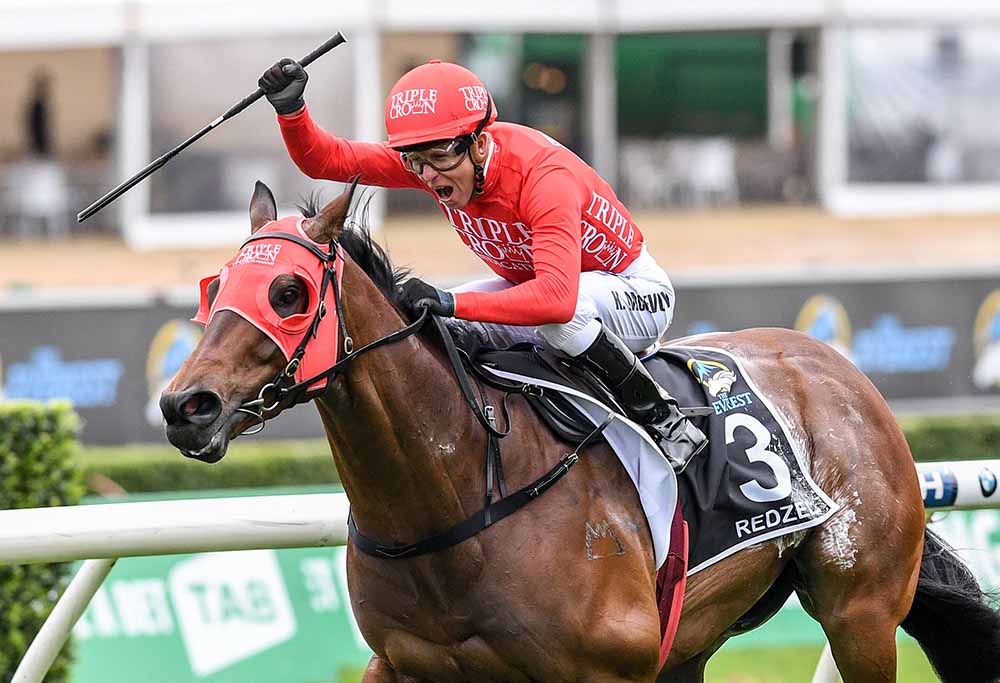 On Redkirk Warrior, he failed in this race last year off an Everest campaign but returns to his most successful strategy here; fresh and the straight six. He was ordinary in England, but he has hardly ever been ordinary here at this course.

Brave Smash is yet to beat Redzel home with over a year of trying so maybe a place at best.

There is a slew of Europeans in the race and while I’d like to get enthusiastic about US Navy Flag he needs to get on his bike. Maybe the big track and firmer surface will turn his form around. Spirit of Valor has been very competitive and chased hard in his two close-up finishes here but I’m sure he has never met anything that can blister the turf like Redzel. Don’t think Jungle Cat will measure up to this speed.

In Her Time looks to be a little off her best after surprisingly failing badly on heavy ground in the Everest. I still think she is a contender all the same.

The up-and-comer Pierata is doing everything right. Originally trained to get further than 1200 metres, he is now being aimed at the short course. He has a 68 second Randwick 1200 metre to his credit and that was a victory over the highly fancied Kementari. Last start, he was good putting away the Everest Consultation after missing a start in the big one. We’ll see if he can jump the scale in this. He does look to have a spring in his step.

I’ll stay with Redzel in front of Pierata, In Her Time and my perennial nightmare, Redkirk Warrior, who is sure to show up somewhere just to annoy me.

Another interest for me is the Queen Elizabeth Stakes with Lord Fandango garnishing my attention.

This horse emerged out of average European handicap form last spring to capture the Herbert Power before an excellent fourth in the Caulfield Cup. His Autumn was a little disappointing due to wet ground and targeting the Sydney Cup which may have been a tough too long for this competent intermediate stayer.

The Archie Alexander trained German has been good this preparation and I would not be surprised to see him go close to returning to the winners list at handy odds. The obvious danger for me is the Howley trained Midterm. Solid black-type form in England and finished a close fifth in the Randwick Metropolitan (G1) coming from the rear of the field. Also liked the way Sully has been running on lately too.

It will be a tough play as there are quite a few other chances like Northwest Passage, Jaameh, Libran, Gallic Chieftain, Megablast, Miss Admiration and the rest of them. Maybe I better think again as does look a competitive race doesn’t it? Nah … ‘fortune favours the brave’.

Plenty of good contests on the card so it should be a fun afternoon.