Everyone loves sport. Whoever doesn’t, clearly has issues (do not show my wife that comment.)

Being a sports fanatic myself, I always enjoy the occasion, just as much as I do the sporting event, itself.

Having been to a few American sporting events, the amount of enthusiasm, energy and excitement they put into their events, is incredible.

The passion in which they deliver any kind of entertainment, the pride in which they perform the anthem and the overall vibe of the event itself, is phenomenal.

I attended a local high school football game in a small town outside of San Francisco. The town would’ve only had a somewhat small population. The game in itself, was awesome, but what I was in awe of was the atmosphere of such a minute event.

Marching bands, fireworks, the passion in the fans, it had it all. Just a small local high school team, with so much support. Unreal!

I’ll go on a limb and say, a high school sporting event in the US of A, gets more credible attention than the Australian kangaroos do, for rugby league. A vastly firm statement, but I’m willing to back myself on that

Do we celebrate our sporting events wrong? Or are we simply just not over the top, like the Americans?

I’ve always admired the passion in which the Americans showcase in their anthems, but making the event seem much more than what they actually are, is phenomenal.

I would love to see our big events promoted and celebrated in their rightful way.

Not an eccentric over the top type of way, but an event such as the Bathurst 1000, or the NRL GF, I wish it was celebrated as much as I know Australians actually adore the event. 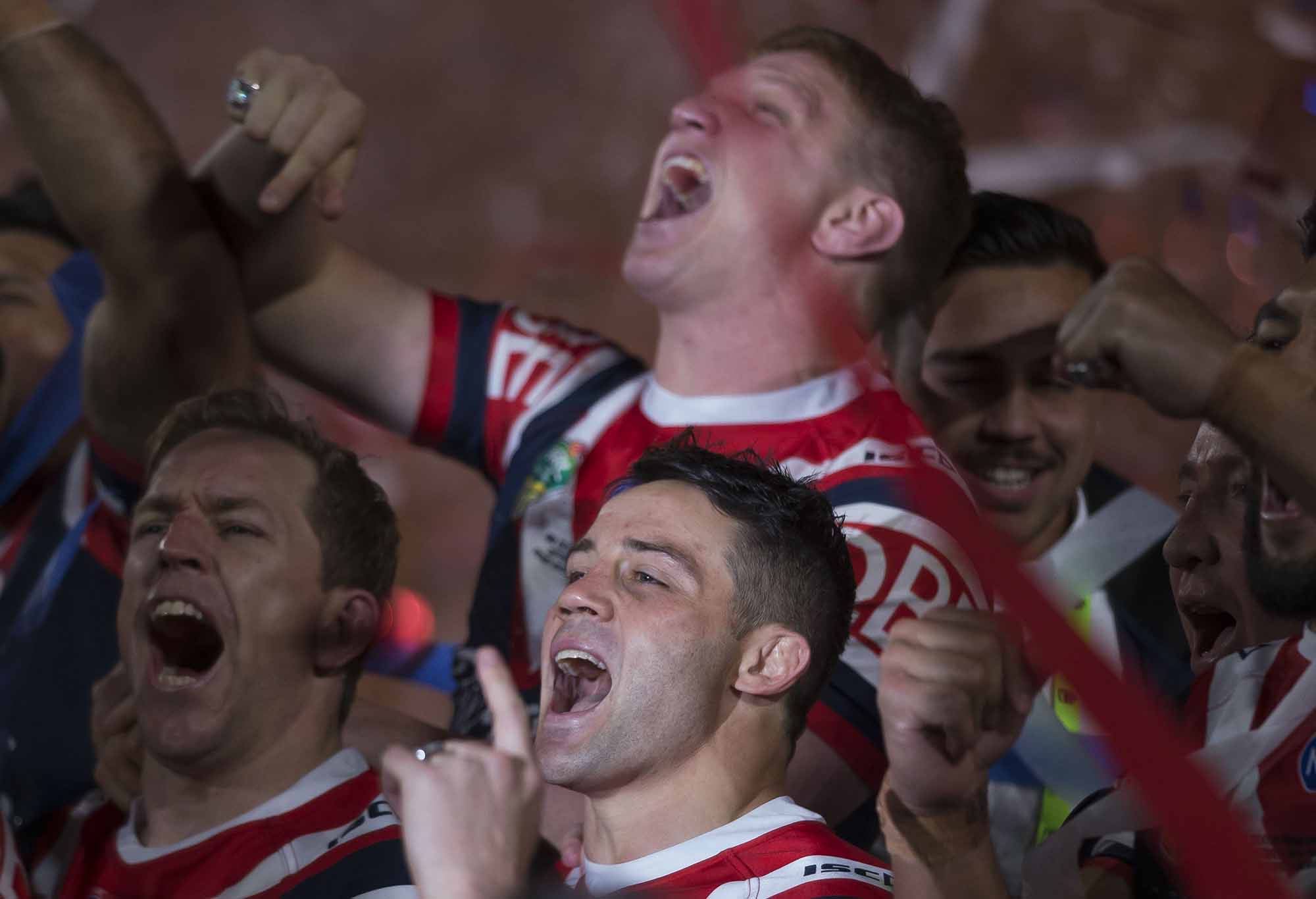 How would one celebrate our sport correctly?

The entertainment at big events could definitely use with a makeover. Some of the ‘headline’ acts at events are sometimes atrocious.

The detail in some of the promotion work could always be increased. The only event I think that we celebrate well (we-Australia), is easily the State of Origin.

That series alone, albeit only focussed on two states, is promoted and celebrated exactly how an American company would.

The buzz on Origin day is incredible. The feel of the tension is amazing. It reminds me of an NFL game I attended, which was a rival game (Eagles versus Giants). The feeling is incredible. Origin is easily our most marketable event in sports, but it isn’t nowhere near what could be considered our ‘best’ event.

The Australian and Kiwi nature is somewhat of a relaxed vibe. Maybe the stand of going all out for our events isn’t in our nature? But just imagine if we were to put on a show for our big events like the Yanks do.

It would be great promotion for not only our sports, but for the countries as well. We’ve shown we can hold a dam good Olympics, if we can show we can celebrate our key sporting events as well as we did in 2000, it would be a great marketing tool for the country and sports in this country.

Let’s not get all Super-Bowly on our events, but maybe let’s up the enthusiasm, increase the passion and uplift the vibe to our big events – then we can really be onto something here!

The commentators were impressed by the man’s efforts to cling onto it. 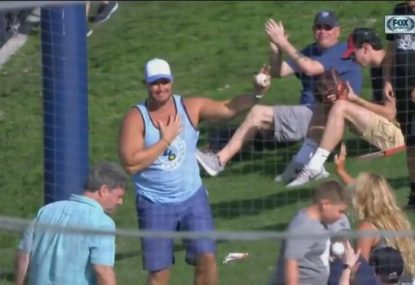 What a performance from the Gypsy King! 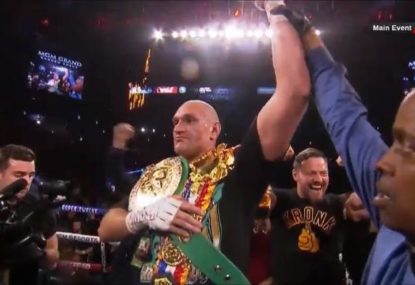 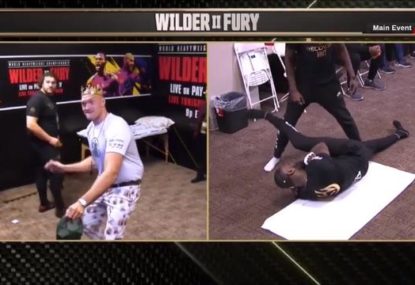