Where does the Jimmy Butler trade leave Philadelphia?

Winning in the NBA is hard – and it’s even harder without stars. Most teams have one or two, but not many have three.

Recently, the Philadelphia 76ers acquired Jimmy Butler from the Minnesota Timberwolves in exchange for Robert Covington, Dario Saric and a 2022 second-round draft pick – but was that the right move?

The Golden Dtate Warriors have had three years with three superstars on their roster in Stephen Curry, Klay Thompson and Kevin Durant, and it’s worked really well for them.

That seems to be the blueprint for other teams, and now the 76ers are following suit.

Jimmy Butler indicated for months that he wanted a trade. Talk about him leaving Minnesota started with many clubs showing interest in him, with Houston show the most, but the Wolves didn’t budge until now.

Nut could the trade be a bad one for Philly?

Joel Embiid and Ben Simmons are emerging as stars of the game and, with another on the team, could it take away the ball from these two players?

Don’t get me wrong, Butler is a superstar – maybe one of the top five players in the league – but he’s been the number one player on the teams he’s been on.

Embiid, I think, will be fine – but what does it mean for Simmons? Where does he fit into the side now?

He likes to play strong defence and carry the ball on offence, but so too does Butler – it’s a good problem to have.

Philadelphia may also need to trade again in a month or two when they find what their team plays like.

The trade definitely put them to the number three seed behind Boston and Toronto, and they can challenge for the conference final if they can work on not giving up big leads all the time.

Maybe Butler will help with that

Hopefully, as an Australian, Simmons gels well with Butler so he continues to improve. 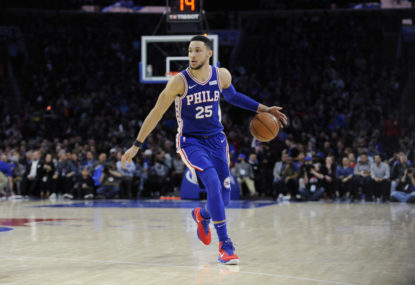