Believe it or not I think the Wallabies have the selections just about right – except Izzy Folau is a roaming fullback.

Our attack method is where the problems lie. We do have the skill set in flyhalf and inside centre to set up clever and well timed angled runs. Consistently the Wallabies use decoy runners to hopefully fire quick ball wide to attack the outside channels.

To achieve this you need depth and therein lies the problem. Australia just does not have it. An opposition with amazing line speed in defence combined with the Wallabies’ predictability means attack is too easily cut down, scuppering the Wallabies attack before it can click into gear.

I’m sure on stats the Wallabies have plenty of speed over a short distance. They should use it more regularly on angles in attack. They should run hard at space, not at the man, to bend the defence line. This is how the defensive line can get bunched up, which creates overlaps. It also sews doubt into the minds of defenders.

It seems as though the All Blacks are remote controlled at times. Maybe the devices they all wear in the upper back of their jersey to monitor stats are used to program players. When there is a loose turn over they are like robots slotting into attack and support positions as if every player is in perfect unison.

They create attack channels and uncertainty for the defenders, somehow the secret must be uncovered and adopted.

Last observation – and it is stating the bloody obvious. If you keep kicking the ball back to a better attacking opposition you have no chance of winning.

Possession is everything in sport, particularly in rugby union. While you have the ball in hand they simply can’t score. This is a lesson that the Wallabies need to heed. 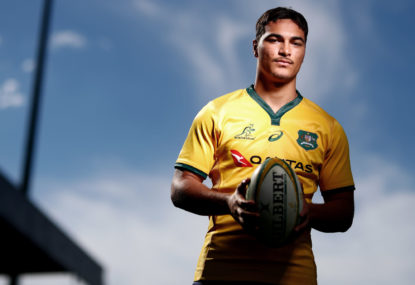 Michael Cheika says he pushed hard for a Super Rugby overhaul during his reign as Wallabies coach but won few friends at Rugby Australia for doing so. 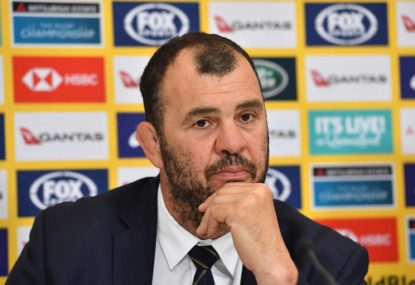 In another twist in the story of Rugby Australia this week, three Queensland Reds players are refusing to take the 60 per cent pay cut apparently agreed around a month ago. 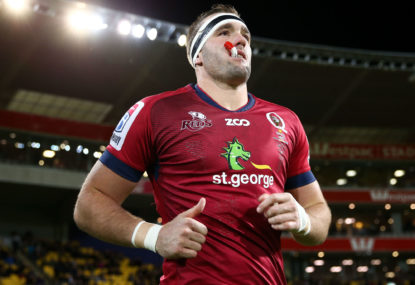