I'm totally over the Haka

Sometimes I feel like if I ever see another Haka again it will be too soon.

No, it’s not because the All Blacks have been routinely slaughtering my Wallabies every year for the last decade and a half. With all of the smug and smarmy baiting our siblings across the ditch unleash upon us – I figure it is good for them to be decent at something.

I’m sick of the Haka because it has started to lose its aura, its significance, its poignancy – through what I feel is often inappropriate overuse.

Once upon a time it seemed to me that the Haka was performed only by the All Blacks before a rugby Test match.

It was a special part of the event.

It was exciting to watch and you could tell it was a great honour to be performing it. It was a battle cry that added real intensity and sense of occasion. In fact, my first memory of rugby union was my father dragging me to the telly and making me watch the Haka and explaining just how superb the All Blacks were at the sport.

The subsequent Haka I witnessed convinced me that these men in Black were surely great warriors to be respected and feared.

I must admit I loved it when Wallaby Phil Kearns blew kisses at the All Blacks while they were performing it.

It is arguable that our boys in gold deriding the Haka in such a manner is possibly our cultural equivalent. Plenty of our unruly World War I Diggers – who we have somehow managed to sanctify – would certainly have approved of such baiting.

As I suspect the Rats of Tobruk and the diggers at the Eureka Stockade would also have. However, the edict was then put out that the Haka was to be properly respected as the significant cultural performance that it is. 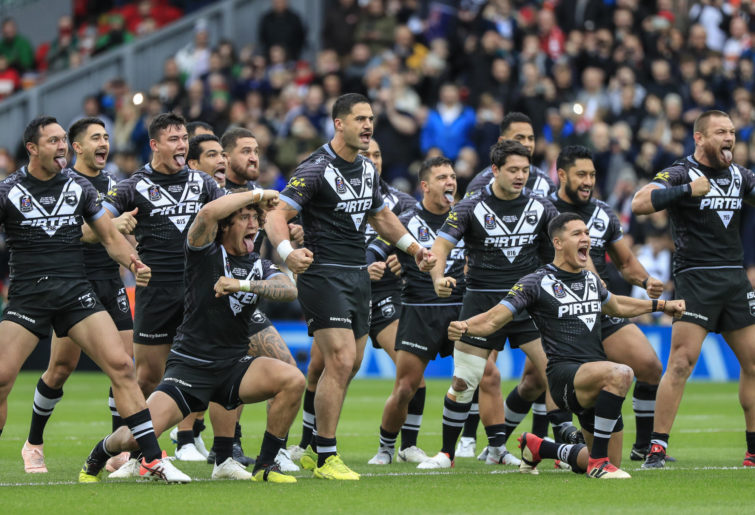 The Kiwis perform the Haka. (photo by Conor Molloy/Action Plus via Getty Images)

However, in recent years the Kiwis have gone Haka crazy and are in danger of disrespecting it more than any obnoxious opponents ever could.

Seeing four Kiwis perform an impromptu Haka in the aisle to honour their countryman Roger Tuivasa-Sheck winning the Dally M this season really got me thinking about this overuse.

Every time you turn around there seems to be another bunch of Kiwis performing the Haka. Things like sending someone off at a funeral, other New Zealand sporting teams performing it, and in honour of wins like Tuivasa-Sheck’s I guess are fine – and probably appropriate.

While I’d like it to be solely the possession of the New Zealand Rugby Team, why should it just belong to the All Blacks? Why shouldn’t any of their national sides be able to use it? Why shouldn’t it be used to honour deserving Kiwis too?

Now there are even wedding Hakas. Sometimes I feel like we are getting to the point where we’ll be seeing spontaneous Hakas when someone posts a letter or receives their meal at a restaurant.

I personally think that there should be rules around who can perform one and when they can do it.

However, as an Aussie I have no idea who should make those rules and I have absolutely no say or stake in that happening.

All I know is that if Australia had a comparable cultural performance of such significance I’d certainly want it better looked after than I feel the Haka is currently being cared for.

And that’s the other thing that makes me sick of the Haka: I’m totally jealous of it.

Australia doesn’t have any equivalent that we can use to unify and represent us – like the Haka does for the Kiwis.

We’ve had banalities like “AUSSIE, AUSSIE, AUSSIE! OI! OI! OI” – a chant stolen from the Cornish (“Oggie” changed to “Aussie”) that mercifully died out, like the equally annoying vuvuzela craze.

For a while after Australia II’s Americas Cup triumph in 1983, Men at Work’s Down Under became a vague anthem, but it never really took. I guess the description of our nation as a place “Where beer does flow and men chunder” may have had some accuracy, but it is hardly “Ka Mate! Ka Mate! Ka ora! Ka ora!”

Nor did the efforts to get Waltzing Matilda – a cheerful little ditty about a disenfranchised itinerant suiciding after being busted stealing a sheep – as a regular pre game tradition really take hold. 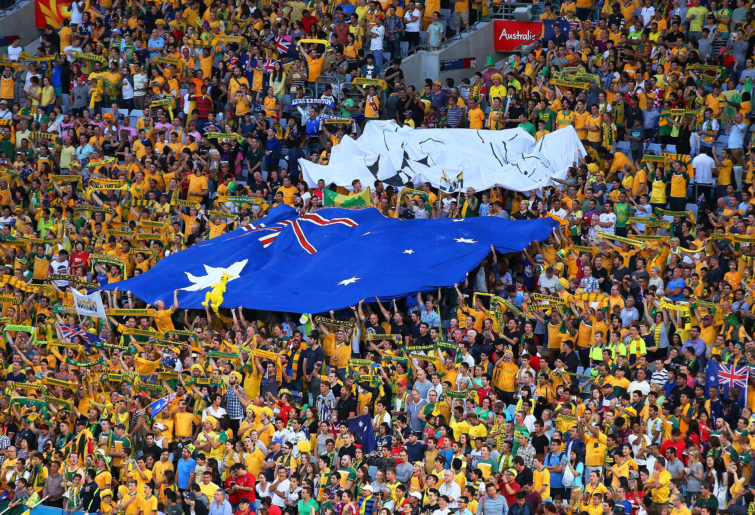 Australia would love a Haka. (Photo by Brendon Thorne/Getty Images)

Then there is our national anthem: Advance Australia Fair. It was actually composed in 1878 by Scottish born Peter Dodds McCormick. It replaced God Save the Queen as our anthem over a century later in 1984.

It actually has three verses and occasionally a choir will attempt to sing them all before the crowd roars and the stadium sounds cut off their microphones, much to the chagrin of their uptight choir mistress.

Occasionally – think the 2006 football World Cup – our crowd will belt it out brilliantly to announce that we are there and loud.

As much as some got very upset about a schoolgirl refusing to stand for it recently, my experience is that lots of us don’t even know the words to the first verse, let alone the rest of them.

Back in 1992 I went to a Test match between the Kangaroos and the British Lions. Packed together in the mud and sweat of the wet area at the north east end of the old Lang Park we were regaled by an impromptu version of God Save the Queen” by the travelling Lions fans. Singing their anthem as one, they gave the event so much atmosphere.

Being the loudmouth rabble rouser I’ve always been, I tried to get all the drunken Queenslanders around me to sing our anthem in response. It quickly became apparent that most had no idea of the words. While lots laugh at the word “girt” featuring in our national song, the people from north of the Tweed who surrounded me that night didn’t have any idea at all of the words.

They did know Waltzing Matilda though, so we belted that out instead.

Then there is the Australian cricket team’s victory chant:

Under the Southern Cross I Stand
A sprig of wattle in my hand,
A native of my native land,
Australia you little* beauty

I mean, I love it, but can you see our sides yelling this out pre game at their opponents?

One of my very favourite moments of Australian sporting celebration was at the conclusion of an Allan Border Medal ceremony in the very early 2000s when the entire ACB contracted squad got up on stage and belted out Cold Chisel’s Khe Sahn with great enthusiasm and little skill.

However, a song named after a battle the Australians were not involved with at all, about a Vietnam vet returning to Australia and casual sex, drug use, post-traumatic stress disorder, itinerant work and alienation – all before going to Hong Kong to sleep with prostitutes – isn’t exactly the sort of anthem we should be putting before the world. 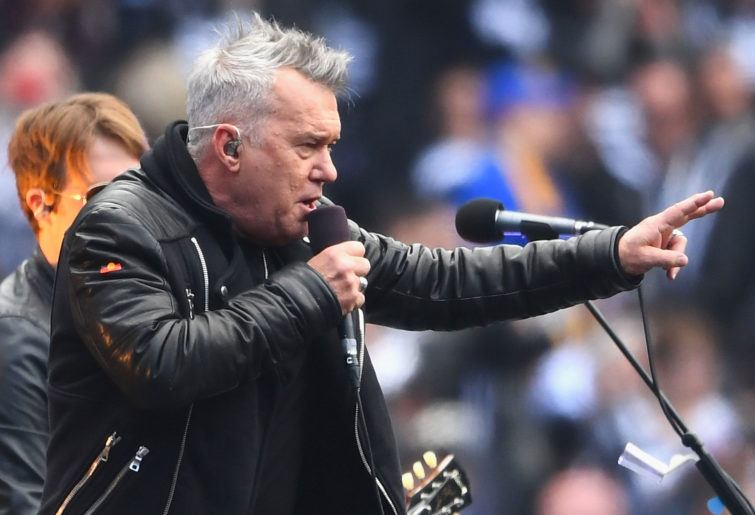 Or maybe it is?

Maybe a melange of all of these imperfect options might be created to represent who we are and unite us.

I guess if someone could do an effective mash up it might work? I’d personally like a bit of Highway to Hell or Long Way to the Top thrown in there as well. I’m sure Daryl Braithwaite’s Horses and John Farnham’s You’re the Voice would also have sponsors. The more straight laced amongst us might push for We Are Australian.

However, it is hard to see any one thing being able to be instituted for Australia as a nation that could compare with the majesty, power and symbolism of the Haka.

The Kiwis should both prize and protect that great tradition fiercely if they don’t want to ruin it.