Why can't the Gold Coast commit to its sporting marriages?

The Gold Coast is beautiful. Glorious gold sandy beaches that stretch on and on and on.

It has an emerging dining and café culture soon to rival Melbourne. It is developing a world-class health and education precinct. Population growth is pushing two per cent and with the success of the Commonwealth Games, it is an exciting place to be.

So why can’t people of the Gold Coast embrace its sporting teams?

The average crowd of the Gold Coast Titans last year was 12,807. That compares poorly to the average NRL crowd of 15,260.

Only Parramatta, Manly, Canberra and surprisingly Cronulla were below them. The Gold Coast Suns fared even worse.

They averaged 13,547 compared to the AFL average of 34,818 and only had Greater Western Sydney trailing them.

Why is the population of the glitter strip so reluctant to commit to a sporting team?

Poor stadiums
The Titans play out of Cbus Super Stadium at Robina which has a capacity of 27,400. It has only been sold out on a few occasions.

The final day of the Rugby 7s at the Commonwealth Games sold out. As did Johnathon Thurston’s last NRL match in the final round this season. That’s it.

The stadium itself is an excellent place to watch live sport. Crowds are close to the action and when numbers are big the atmosphere is good too.

It is also located right next to Robina train station. Buses run game day, with free public transport for ticket holders so getting to and from the game shouldn’t be a deterrent. 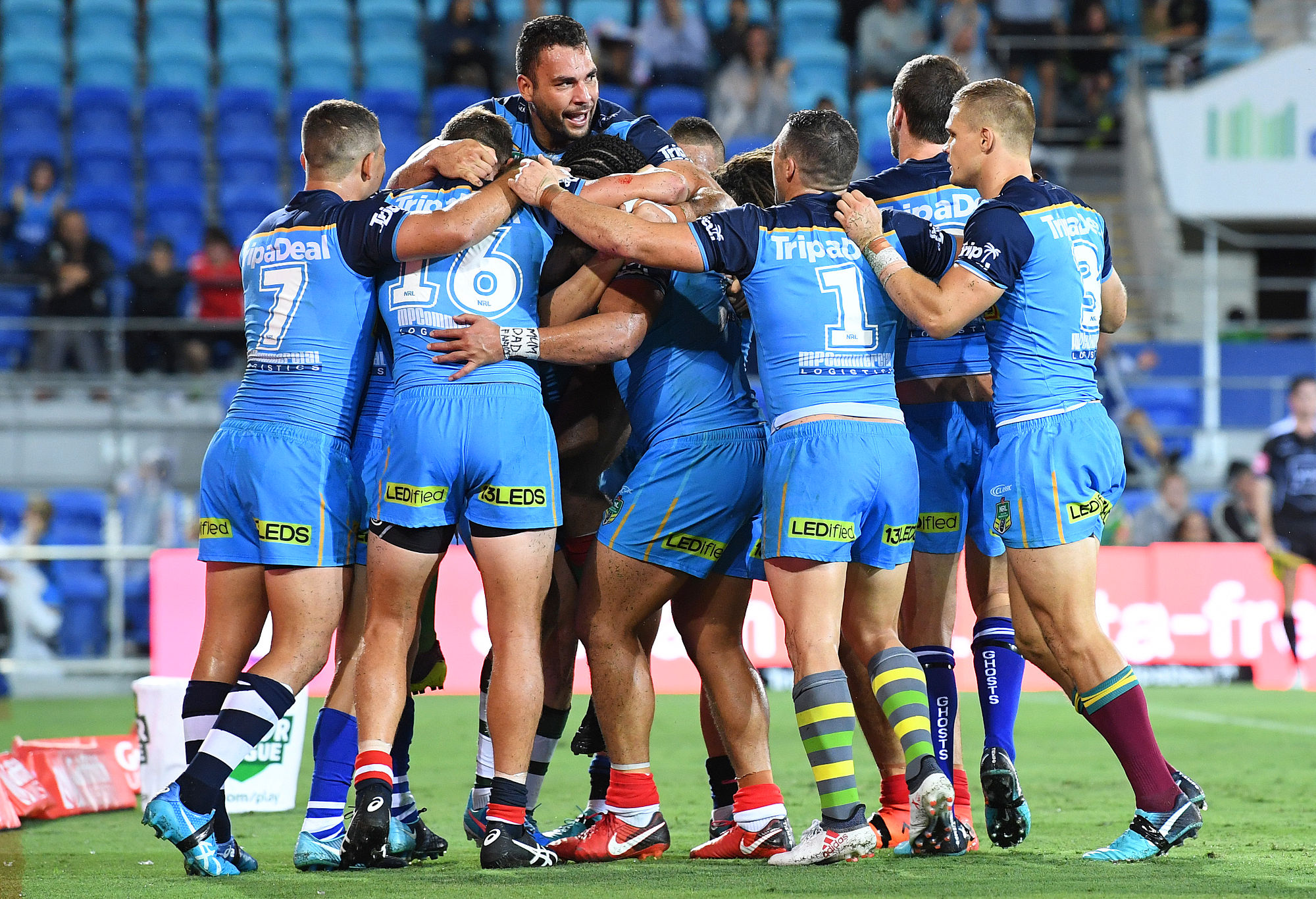 The Titans are in trouble. (AAP Image/Dave Hunt)

The Suns play out of Metricon stadium in Carrara with a capacity of 25,000. This is trickier to get too. It is just over a two-kilometre walk from Nerang train station and even with the park and ride options available it can be awkward to make it to the ground.

Again, it is an excellent place to watch sport. The athletics at the Commonwealth Games was one of the biggest successes and at or near capacity most nights. Improving public transport to the ground might be an option to consider.

Poor publicity
This could be a major factor. The Gold Rugby hosted the rugby Sevens World Series at Cbus in 2014 with a total of 20,546 across the entire weekend.

There was very little promotion of what is a weekend of fun, dressing up and partying while watching some rugby. A combined crowd of 40,000 should have been achieved.

There is a T20 cricket match between South Africa and Australia this weekend but again with minimal publicity. No radio ads, very little TV promotion. The crowd number will be interesting as it should comfortably be a sell-out.

The Titans and Suns are almost invisible. Players make the token radio appearances and write weekly newspaper columns. Is that enough? Are there ways the clubs could increase their brand awareness?

Ask an average coaster to name three players from either team and the majority will struggle.

Too much else to do
The Coast offers so much it is almost a victim of its own success. Going to a football match ranks well down the list of to do items on the weekend. 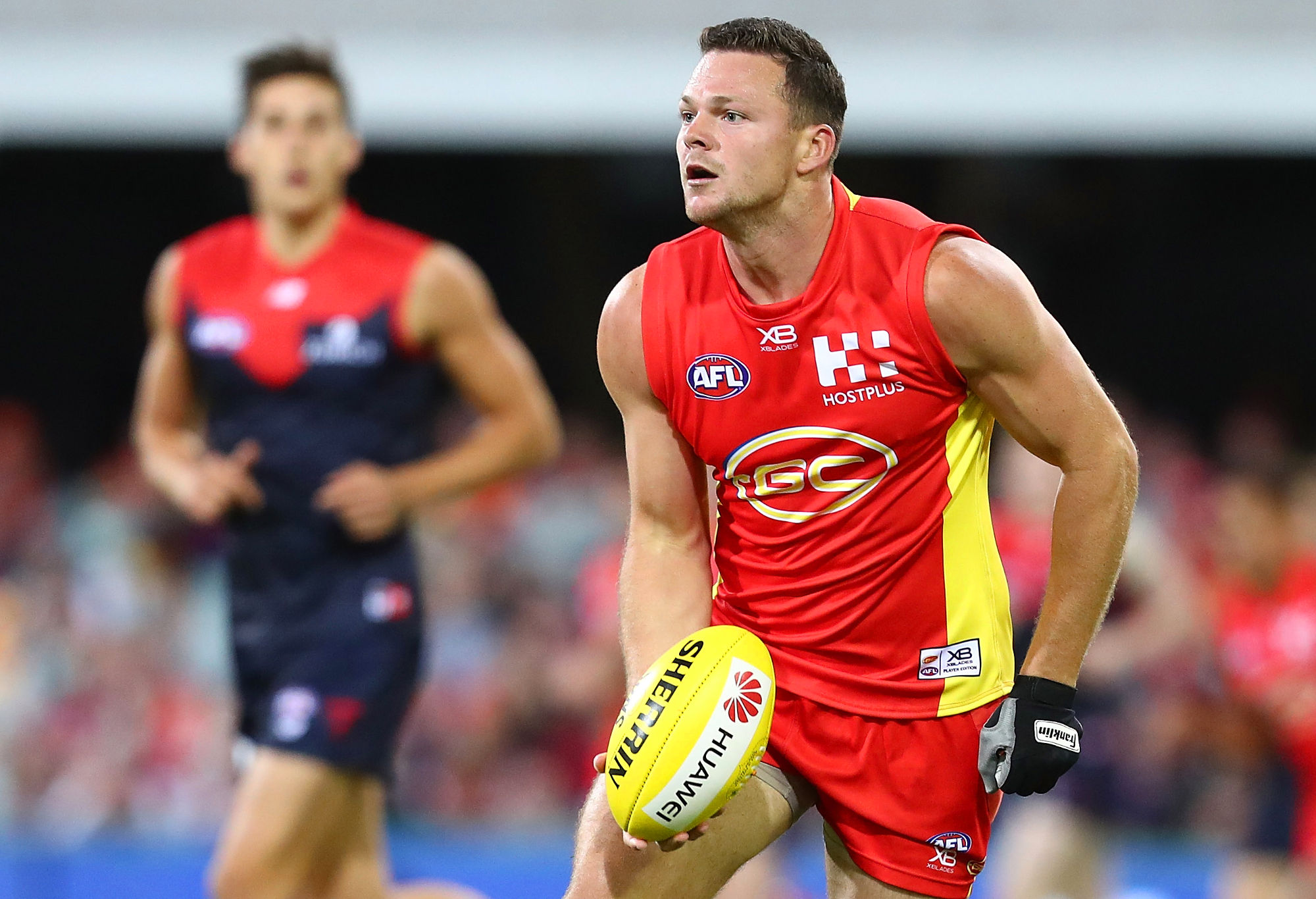 The Suns’ fans have been left searching for answers after captain Steven May left the club at the end of the 2018 season to go to Melbourne. (Photo by Chris Hyde/Getty Images)

If the Titans and Suns want to get crowds consistently to their games they need to lift their game. How?

On any given weekend, much of the population is transient. This raises the question, should the AFL and the NRL have taken such a risk and based teams on the Coast? Especially with the regions history of failure… think Chargers, Rollers, Seagulls.

What happens next? The $64,000 question. The AFL and NRL have committed millions in setting up the Gold Coast clubs. Do they continue to persevere with them?

Or do they focus on putting exhibition and special round fixtures up here? Do they offer other clubs money to play home games on the Coast? Whatever the answer, the Gold Coast will always have its glorious gold sandy beaches that go on and on and on.