Heading into Week 11 of the NFL season, the defending Super Bowl champs have four wins, five losses and are third in their division following a disappointing home loss to the Cowboys.

Sitting down and listening to Philly sports radio, you’ll hear numbers of outrageous takes from self-proclaimed loyal Eagles fans. Some call in asking to move on from their overly aggressive head coach (who famously wrote a book about their fearless season), while others express a need to go back to playoff hero Nick Foles under center, while others scream about a Super Bowl hangover.

Philadelphia is known for its ruthless fan base, but one would be mistaken if they thought they would become satisfied after getting a taste of the Lombardi Trophy.

A look into the season
There will always be tough questions to answer after losing to the Cowboys – especially when it means dropping below .500 more than halfway through the season.

So who really is at fault for the Eagles downfall? Will they turn it around?

Hovering at 4-4 in a struggling division, Howie Roseman traded a 2019 3rd round draft pick for Golden Tate. After Philly’s rancid loss on Sunday Night Football, it has people asking; ‘how foolish were we to think we were still a contender?’

It’s one thing to be aggressive — it’s another to irrationally think a five-foot-10 receiver who averaged 10.7 yards a catch in his last four seasons would fix the team’s issues.

The problem with this acquisition isn’t gaining a weapon for the final eight games of the season. The problem is, should we try to salvage the season at this point?

A look forward
Per ESPN Stats and Information, the Eagles have the hardest remaining schedule in the NFL, with their opponents boasting a combined record of 40-23 (.635).

Two of those opponents the Eagles have to face are the currently 8-1 Saints and the 9-1 Rams, both on the road.

These couldn’t come at a worse time, as the Eagles currently only have one starter in their secondary who’s not been injured so far this season. Cornerback Roald Darby is the latest add to Philadelphia’s injured reserve list after suffering a torn ACL against Dallas.

The injury bug certainly has bitten the Eagles team this year. But, in light of that, the next man up mentality that seemingly all NFL head coaches allude to should be upheld.

This week’s matchup against the Saint’s high-octane offense is a stark challenge, compared to an Eagles pass defence already ranking in the bottom half of the NFL – giving up 266 yards a game.

The quarterback they must line up against this Sunday is Drew Brees, who’s having his most efficient season to date – completing over 77 per cent of his passes and throwing 21 touchdowns to only one interception.

I believe there is still hope left in this team, but the available hope is trickling fast.

Maybe the team that used to thrive on adversity, which we saw in last year’s playoffs, hasn’t woken up yet.

Or maybe that underdog team’s hunger has been mollified by the Super Bowl rings they received in June.

According to Doug Pederson’s press conference following the loss to the Cowboys, he mentioned the team needs to work on finishing not just in games, but also in practice.

That sure doesn’t sound like a team full of hungry dogs to me.

Will this team reverse their downward trajectory or continue its unmotivated, uninspiring play? We’ll surely learn very quickly who this team is in the coming weeks.

If Jordan Mailata never played American football again, he still would be regarded as a success. 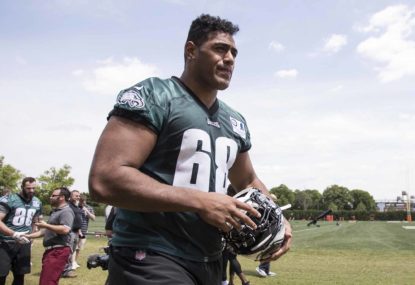 Nick Foles showed he is human this season, but only just. 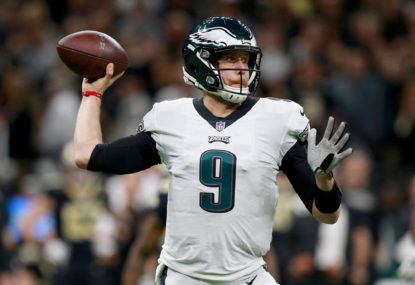