The 2018 AFL draft is just a handful of days away and to kick off the week, Maddy Friend and Josh Elliott have put together a top-30 mock draft.

Josh is picking for Adelaide, Brisbane, Geelong, Gold Coast, North Melbourne, Port Adelaide and Sydney, and also Essendon and Hawthorn, though they don’t actually feature at any point.

Maddy: Walsh is the complete package, a likely 200+ gamer and future captain. The player you can build a club around.

Josh: Everyone knows the Suns must prioritise picking players who’ll stick around, but exactly how to do so is much harder to agree on.

I’m taking the best talent on the board, with the idea that players who are ready to come in and contribute at AFL level will be the most likely to feel like they’re a part of the club.

Lukosius is a bit skinny to be a true key position player right now but I reckon he can still play Round 1 2019 as a flanker.

Eventually – the Suns would hope – he, Peter Wright and Josh Corbett will be the key pillars of a quality forward line.

J: Like Lukosius, Rankine is simply too good to pass on. The fact he’s a South Australian boy like Lukosius also is nice if you’re a believer in the idea of ‘pairing’ draftees.

Rankine is the player in this draft class I just can’t wait to see playing at AFL level. The Suns would love to see bums on seats at Metricon Stadium, he can put them there. 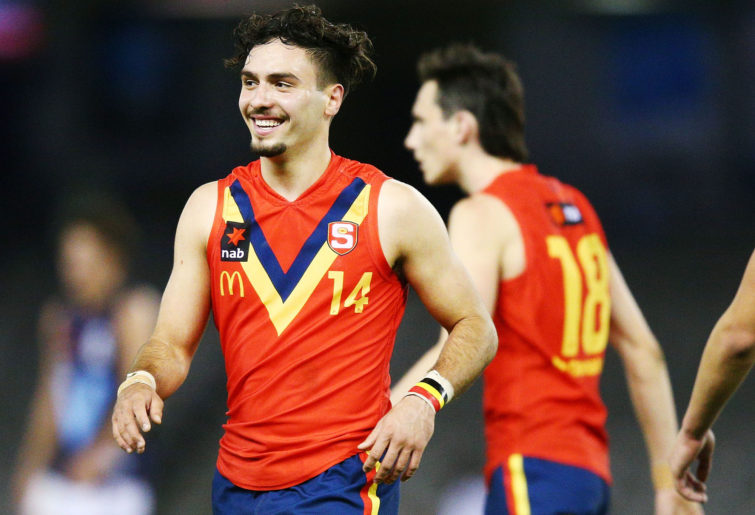 M: I considered taking Bailey Smith or Connor Rozee here – both would be worthy choices – but King is too good to pass up.

He’s a different type of forward to Paddy McCartin, so would compliment what’s already on St Kilda’s list nicely.

Quality key forwards are hard to find, and there’ll still be some decent midfielders on the board at their next picks, should they decide to go that way.

J: Having just lost Jared Polec and Chad Wingard in the trade period I feel like Rozee is the perfect recruit for Port Adelaide. He can provide that polish going into forward 50 that the Power are craving.

A quick and classy outside mid, Rozee was top two in the 20m sprint at the combine but also tested well for agility and in the running and standing vertical jumps.

J: Gold Coast would hope Rozee is still on the board here. If the Suns can add him to Lukosius and Rankine, they get to bring three good South Australian friends to the club together and hopefully that helps them settle in.

For that same reason I considered picking Jackson Hately here, and that selection would make some sense for the Suns – but it’s probably compromising on talent a bit.

Instead it’s a decision between Bailey Smith and Jye Caldwell as the next best pure midfielder in the draft after Sam Walsh. I’m picking Caldwell as there’s been a hint of talk about Smith being a flight risk.

M: Smith compliments the other midfielders on the Western Bulldogs’ list nicely with his ability to burst out of packs.

The Bulldogs often take hard nuts, and he certainly fits that bill. He’s also super dedicated and of good character.

J: The Crows initially seemed like they were going to be picking just outside that top tier of talent in this year’s draft, but if Rozee and Caldwell both rise into the top bracket then one of this year’s best will slip through to them.

They should take whoever that is, but if it’s Ben King, that’s a good fit. Having lost Jake Lever last year, they could use a really top-quality young key defender on the list. 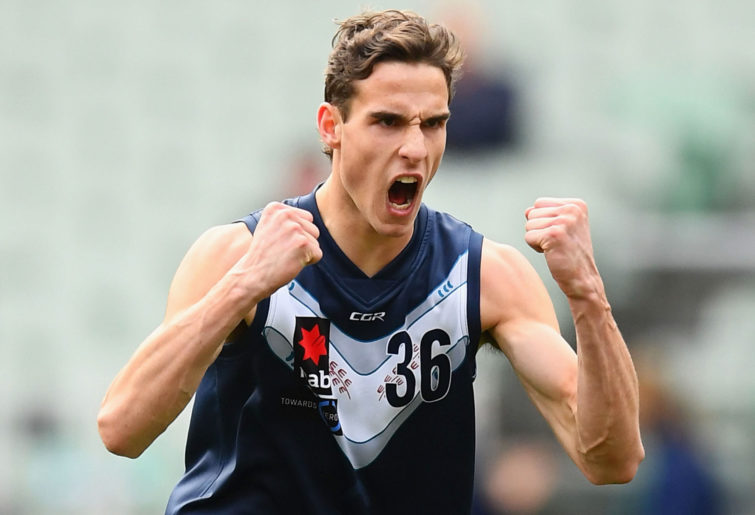 M: I suspect on draft night a bid will come for Blakey somewhere between picks 5-10, and Sydney will match it instantly.

He’s a versatile player who will offer a lot to the Swans no matter which position he plays in (forward or midfield).

Importantly, they can also afford to give him plenty of time to rehab from the litany of injuries he had this year.

J: Death, taxes, and Sydney will match this bid no matter how early it comes. Thank goodness for the academies, making sure the sons of 300-game players against all odds get introduced to AFL somehow.

J: Jackson Hately as the next best South Australian prospect comes into my thinking a bit here, but for me he’s probably a bit too similar to the players Port Adelaide already have on their list.

Jones is a more well-rounded and dynamic midfield prospect who, like Rozee, can help fill the gap left by the losses of Wingard and Polec. Top two in the 2km time trial at the draft combine.

M: I really wanted Jones here – given his endurance, he’d be the perfect Tom Scully replacement. However, I also think Thomas would complement the Giants’ existing on-ball brigade well.

He’s quick, skillful, and, although inconsistent this year, shapes as a real talent for North once he’s had a few years in the system.

J: As a North Melbourne fan I think I’ve probably been googling Tarryn Thomas highlights videos since the day after the 2017 draft… I’m pretty excited for this one.

It’s not just that Thomas has serious x-factor, which he does, but combine that with his size at 189cm and you’ve got a really hard-to-find mix of traits that could make him a bonafide superstar.

He was equal first in the kicking test and equal second in the goalkicking test at the combine. He’s not the complete package yet, but give it time and he may well be. 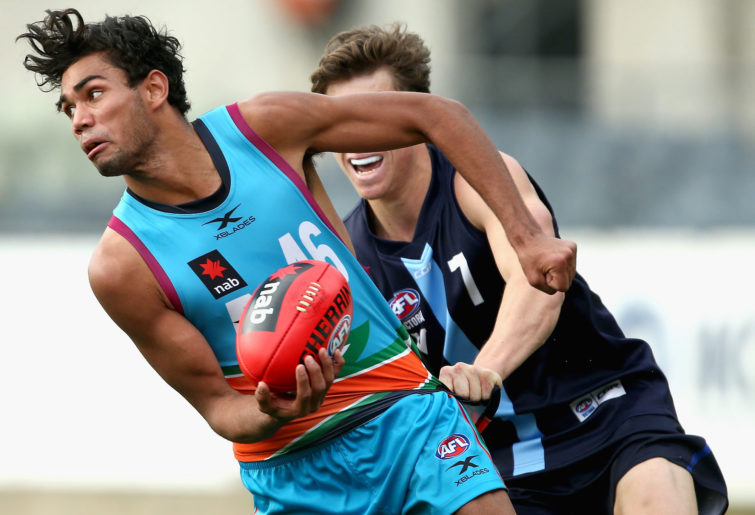 M: Having picked a defender in Clark I wanted to complement that selection with a midfielder, and Hately fits the bill well.

He can be given time to develop in the GWS system and will go some of the way towards filling the hole left by Dylan Shiel’s departure.

J: You’ve pinched one from me there Maddy. I probably would’ve taken Hately at this pick if still on the board.

Instead I’m going with one of the big bolters of the draft in Sam Sturt. After focusing primarily on cricket earlier in the year he doesn’t have the same body of work that other players do, but what we have seen is spellbinding.

Sturt kicked 11 goals from six TAC Cup games this year and has one of the best athletic profiles in the draft – second for running vertical jump, top ten for agility and 20m sprint.

The popular consensus doesn’t have him this high on the board just yet but I reckon there’s a very good chance he gets picked here or even earlier.

J: Butters is a dynamic prospect who can start as a small forward, which the Crows could use, and eventually develop into a creative half-forward or winger.

M: Another player gone just one selection before mine! Butters would have been a good fit for the Dockers – however, they do also need to bolster their midfield, and they get a good one here in Collier-Dawkins.

He’s 193cm, and is the prototype of the modern midfielder. Outside of Nat Fyfe, their midfield isn’t overly tall, so he complements their other pieces nicely.

He was inconsistent at times this year, largely stemming from being shifted into different positions and not settling in a spot, but his best is extremely good.

J: With Port’s third pick here I reckon it’s time to put a bid on Isaac Quaynor. I’ve got no doubts Collingwood will match it but in the unlikely event they pass for some reason, Quaynor would be great to have at the Power.

M: Quaynor is too good for Collingwood to pass up. Quick, with a penetrating kick from half-back, he’ll slot into their slide nicely in 2019.

J: It was worth a shot, eh? Instead I’ll take another local boy in Luke Valente. He’s not a flashy type but he was South Australia’s captain and MVP in the national championships.

Champion Data rank him the tenth best player in the pool and count him as elite for both intercept possessions and score involvements.

J: So far for Adelaide I’ve got a key defender and an outside mid, so I don’t mind the idea of placing a bid of a grunty blue-collar type like Rhylee West.

M: Like Smith, West is a hard nut, and a ferocious tackler. It wouldn’t surprise me to see him play some senior footy next year. 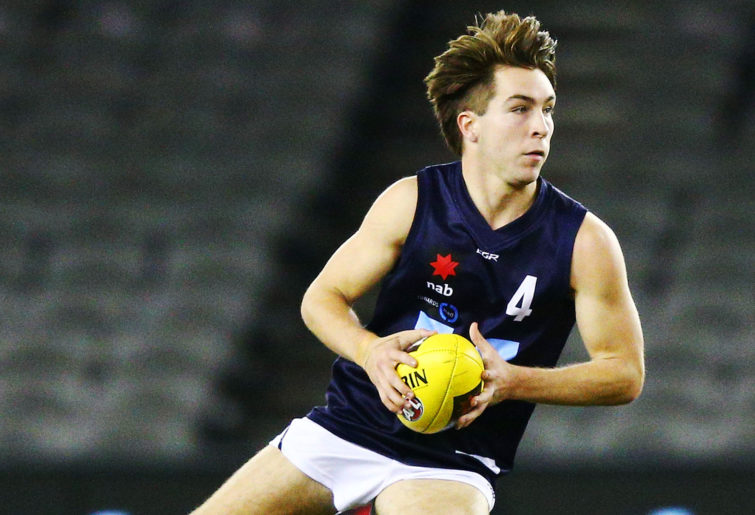 J: With my bid for West matched, I’m going to take a bit of a bolter instead here with Xavier O’Halloran.

O’Halloran has a lot going for him – top two for agility, top five in the yo-yo, top ten in the 20m sprint, 2km time trial and the kicking test.

He’s a nice size at 187cm and he’s also a recognised leader, captaining Vic Metro at the championships.

The consensus has him ranked a bit lower than this, and maybe that’ll prove true on draft night, but I’m a fan and reckon he’s a good chance to be picked up earlier than expected.

M: This year’s Morrish Medal winning-midfielder who averaged 22 possessions a game for the Sandringham Dragons.

He fits the Tiger mould of strong, big-bodied players who win clearances and are accurate kicks.

J: There’s been a lot of talk about the Lions taking a midfielder but with Connor McFadyen coming through later as an academy prospect, I don’t think they necesarilly have to go that way.

Instead a small forward like McHenry, known for his pressure and hard running, would be a good fit.

M: A versatile and pacy midfielder, he’s a good fit for the Giants, and can be given time to develop.

M: One of the better key defenders in the pool this year, something Collingwood desperately need. Will be given time to develop.

M: A classy half-forward who could be the perfect replacement for the retired Marc LeCras.

J: The Crows have been linked to a bid on Briggs at some point which makes sense – Sam Jacobs is nearing the end of his career and while they’ve got Reilly O’Brien on the list as his likely successor, having another option available would be handy.

M: I’m happy to match for Briggs as the best ruckman in the pool this year, to boost the Giants’ threadbare ruck stocks.

J: While the Crows have already addressed their need for small forwards during the trade period, drafting someone like Hill – who can start there and eventually move up the ground – could be a worthy move also.

He started the year ranked as a possible top ten pick so it’s clear that some clubs have developed doubts about him, but having already taken three really good prospects with the Crows’ picks I’m willing to gamble a little more with this one. 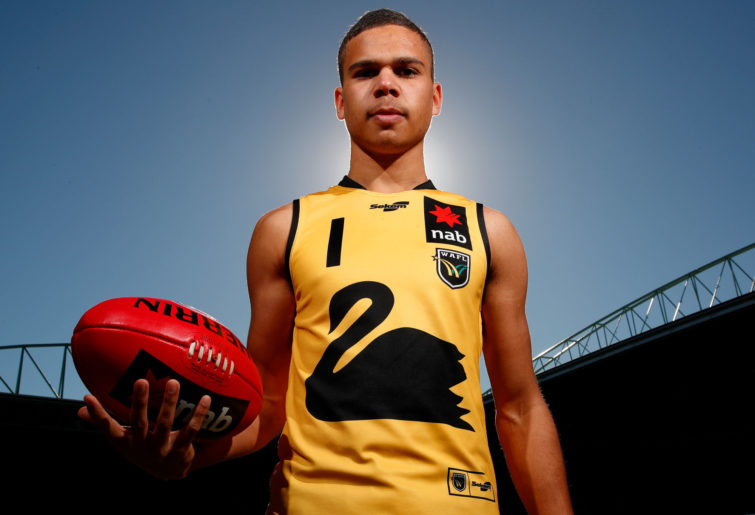 M: Melbourne don’t really need any more intercept defenders, but I felt McLennan was too good to pass up here.

He’ll be a good replacement for Michael Hibberd when the latter retires, and the Demons have the luxury of giving him time to develop. 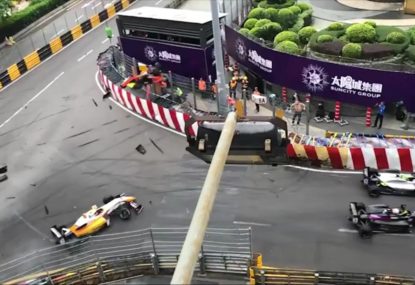 F3 driver lucky to be alive after astonishing accident

J: I was really hoping for McLennan here – a good replacement on the list for Kade Kolodjashnij and the chance to bring another South Australian in to join Lukosius and Rankine. It’s this kind of situation where you could see live trading occur on draft night.

Instead I’ll pick up Koschitzke (cousin of former Saint, Justin). There aren’t a lot of highly-rated key defenders but having lost Steven May, I’d like to pick one up for the Suns.