After 20 years, I was once more surrounded by fans shouting “Go Steelers!” on Sunday.

Unfortunately, those fans were wearing back and gold rather than scarlet and white. And I was in Jacksonville rather than Wollongong – beggars can’t be choosers.

Just hearing little kids use the word “Steelers” was heart-warming, since no little kids in Australia remember the mighty Illawarra Steelers.

I only found out that rugby league troubadour Andrew Charles, who was working with the Chile team at the Americas Rugby League World Cup qualifiers, had a spare ticket 20 minutes before kick-off.

Your correspondent waltzed in with 15 minutes to go – and saw everything anyone really needed to see. When I walked in, Jacksonville had a comfortable lead.

By full time, the Steelers had triumphed 20-16 with two touchdowns – the second when there were roughly 28 seconds on the clock.

A day later, Valentine Holmes was off to the NFL apparently. He has been granted a release “to try his luck”. Todd Greenberg predicted he’d be back, Paul Gallen complained he had deserted the Sharks and should be banned.

If he had gone to rugby union, would we be so sympathetic? And what, exactly, is the difference? 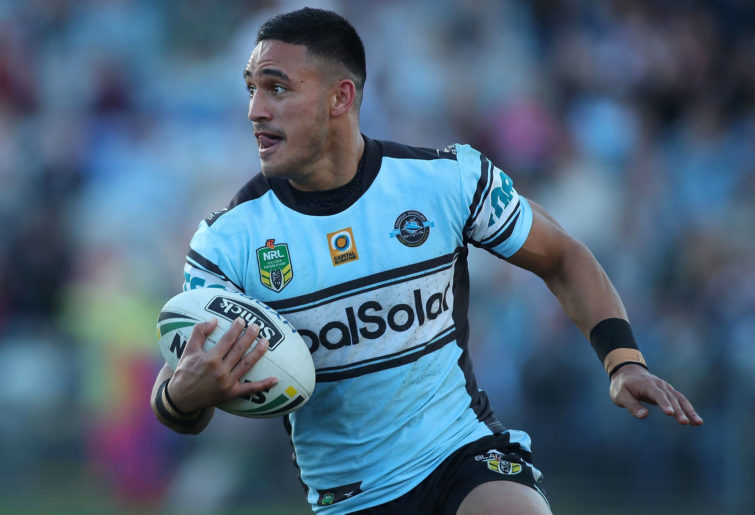 Valentine Holmes is off to the states. (Photo by Tony Feder/Getty Images)

The bowels of Mile High, which we were escorted through after the New Zealand-England Test, are less salubrious than those of Suncorp Stadium, I can tell you. There’s nothing special about these structures.

The United States has 325 million people. That population is the reason NFL players earn so much money – the average salary is US$2.1 million. But they’re just football players, the stadia are just stadia and the fans are just fans.

In Australia, the NFL is in the same marketplace competing for sports fans. It’s having a lot of luck, too: many of the NRL’s own players follow it in preference to their own sport if social media is to be believed.

It’s time rugby league in Australia showed some self-respect and stopped kow-towing to the NFL. If a bloke tries to buck his contract to go play there, there should be a price.

The English professional sports economy is based on transfer fees. If Australian rugby league players want to defect to other sports, they should be subject to a transfer fee or to their contracts being bought out.

You want to become an NFL millionaire? Sign one-year contracts in the NRL, trial every year, if you fail come back and sign another year contract and so on. 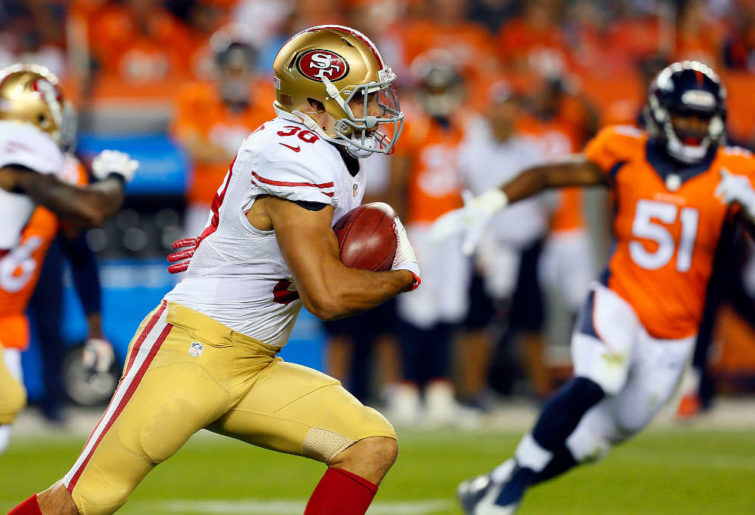 With reward, should come risk. You want to earn more in the medium term, you got to earn less in the short term.

Have the courage of your convictions, of your ‘dream’.

Being a professional athlete is a serious job. Contractual obligations are not something to be ignored when a prettier sport comes along batting its eyelashes at you.

American football is just another sport, competing in the labour market for workers.

I don’t see why we should make it easier for them. Cronulla should not have granted Valentine Holmes a release.