One of the biggest black eyes on the NRL last season was the time it took players to get to the sin bin, and it’s something the league must address before 2019 rolls around.

While the referees should be commended for using it more to properly penalise teams who were happy to give away penalty after penalty or commit professional fouls, the fact of the matter is that the players turned it into something of a running joke.

The current proposal to clamp down on time-wasting as players walk – sorry, crawl – towards the sideline then, in the case of Cameron Smith, stop and have a ridiculous yarn with the touch judge is that a shot clock will be shown on screen in the ground. 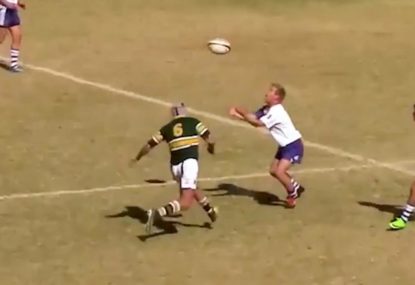 Though, to be fair to Smith, he did jog most of the way to the sideline rather than doing the slow walk every other player seems to do.

The rumoured time is 25 seconds, with players then set to be hit with a Grade 1 contrary conduct charge should they not be over the sideline by that time.

A Grade 1 charge brings with it a $1500 fine, and three in a season carry an automatic suspension.

The other option heard is that every second over the specified amount will mean players spend an extra second in the sin bin.

That’s all good and well, but at the end of the day $1500 for most players is pocket money. And a few extra seconds realistically won’t mean much in the grand scheme of things if their team has a proper breather before having to defend their line again. 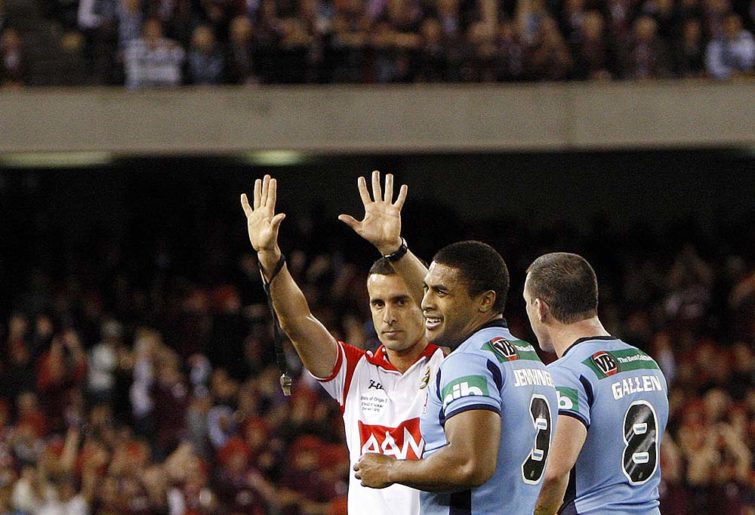 Even if all of that is implemented and ratified by the NRL and the competition committee, it simply isn’t enough, nor should there be a set time in each instance.

Common sense needs to come into it.

While 25 seconds should always be enough for a player to reach the sideline from any point on the field and may also cut down arguing with the referee about the decision, this just isn’t enough of a deterrent.

It’s almost guaranteed players will continue their leisurely walks to the sideline as if out on a Sunday stroll rather than in the middle of Australia’s top-level rugby league competition.

It should be a really straightforward scenario for the NRL to solve. Not one which requires the use of shot clocks and fines.

Seriously, it’s as simple as this.

If you are deemed to be wasting time from the point the referee puts you in the bin to the moment you walk over the sideline, it’s seen as a second breach of the rules – another professional foul, if you will – and that player is then sent off for the game.

This eliminates the need for the shot clock but brings in the need for common sense. What good is it having 25 seconds on the board if the player is sin-binned ten metres away from the sideline?

The rules should be made clear to every club before the season gets underway. You jog to the sin bin. No-one is asking you to sprint there, but you jog. Don’t muck around and don’t waste time, and you will be allowed back on in ten minutes.

Should that player argue with the referee, waste time or start taking the leisurely walk to the sideline, which has become all too common in the game over the last 12 months, they won’t return for the remainder of the game.

How easy is that? How simple?

The best factor about this deterrent is that it will never, ever need to be used. Players aren’t going to run the risk of being sent off for an early shower – unless of course it’s in the final ten minutes of the game and they weren’t going to return anyway.

There would be half a mind to team up the send-off rule with a fine and suspension to really stamp out the practice in 2019, but fines and suspensions alone aren’t going to be enough to stop these players from wasting as much time as they bloody well please on their way off the ground.

If we want a fast-flowing game, then this needs to be taken care of – and taken care of to the point where no-one will run the risk.

The only way to achieve that is to ensure the punishment fits.