Spotless Stadium was anything but on Friday night – and the Western Sydney Wanderers would be within their rights to rescind their contract with the venue.

The Wanderers are holding a media conference at 11am this morning, and it wouldn’t be a surprise if they moved their W-League and A-League double-header on December 7th to an alternative venue.

The biggest problem with the state of the pitch in their 2-0 loss to the Newcastle Jets on Friday night was not that it was virtually unplayable, it’s the fact that for many stadium operators, the condition of the playing surface is irrelevant anyway.

Like it or not, there are plenty in Australian sport who view the A-League as a second-class competition – and that includes a handful of stadium operators.

There’s no point insisting that football needs a better surface to play on than other codes because the unspoken reaction tends to be: ‘who cares, it’s only soccer?’

Perhaps if the stands were full at A-League games, clubs would have more leverage to bargain with.

But when it comes to sharing multi-purpose venues, the reality is that most A-League clubs are simply viewed as just another tenant.

Little wonder there was so much fanfare around Sydney FC’s first game at Jubilee Stadium in Kogarah yesterday – even if Sky Blues fans won’t want to relive the 2-1 defeat to Melbourne Victory.

The ground looked a treat with more than 19,000 fans packed in, the playing surface was pristine and everyone on social media was quick to proclaim that all the A-League ever needed was boutique venues to draw a crowd.

But you know what else is a boutique venue? NIB Stadium.

Yet the ground was only half-full as Perth Glory swept to the top of the table with a 3-2 win over the Central Coast Mariners.

Why? Because it takes a lot more than just a boutique venue to draw fans through the gate.

If it didn’t, the Mariners would be the best-supported team in the A-League.

And Glory have some of the highest ticket prices in the competition – in part because owner Tony Sage has to try and claw back some of the costs for playing at the stadium.

It reportedly costs Glory more than $100,000 per game to play at NIB Stadium, with Sage having been at loggerheads with the Western Australian government over stadium costs for years. 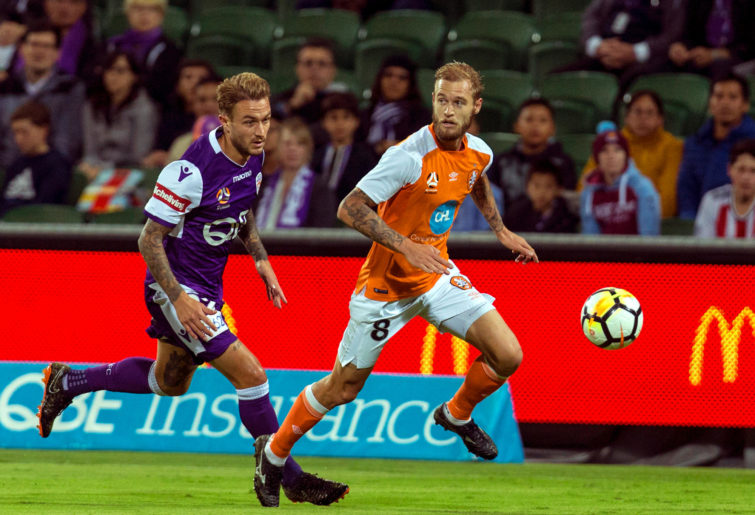 And what Perth have now is a decent-sized rectangular stadium they’ll never fill thanks to a combination of high ticket prices and fan apathy.

What the A-League desperately needs is for clubs to control their own destiny, and the first club that builds their own stadium will effectively monopolise the competition.

The new FFA board should give preference to expansion bids that plan to do exactly that – which surely puts the Western Melbourne Group at an advantage.

As it stands, A-League clubs not only regularly give up the chance to play on decent pitches, they also effectively generate no income from food and drink sales as well.

At least Sydney FC managed to turn Jubilee Stadium into something akin to a home ground yesterday, although the litmus test will arguably come in a fortnight when they host Wellington Phoenix at the same venue.

The jury is still out on Steve Corica’s side after they dominated possession but barely created any clear-cut chances in their 2-1 defeat to Victory.

Perth Glory, meanwhile, rode their luck in their last-gasp 3-2 win over the Mariners.

Defeat was tough on the visitors – who probably deserved at least a point from another battling display.

But the real talk of the round was Friday night’s playing surface and the fact it surely endangered players’ livelihoods.

Western Sydney’s stadium saga has descended into a nightmare. Unless they do something about it, this could end up becoming yet another wasted campaign.