Who owns the ‘Plan A’ in the Wallabies: Stephen Larkham or Michael Cheika?

Plan A
I believe Cheika’s ‘Plan A’ as we all call it or ‘running rugby’ is a hybrid/derivative of the 1-3-3-1 pod style.

Rugby Australia have long ago bought into it, along with many other countries and this could explain why RA are comfortable with the present situation. I think he has briefed RA on the style and convinced them that it will take time to bed down, we will likely experience a lot of pain and some losses, but in the end as the players adapt to the system it will be all right on the night.

Time and additional losses however are fast catching up with him and there should now be real concern that this style of play may not be right for Australia.

The 1-3-3-1 style of game was used by the Lions with great effect against the All Blacks and is now being used by South Africa and the All Blacks themselves.

It requires a fast forward out in the back line typically on the wing (think Michael Hooper), a good decision maker (pod leader) hitting the ball up with two good rucking forwards close behind in each pod, and a back line player calling the play in behind each pod.

Each of the above countries features good strong forwards with fast decision abilities or has evolved them (for instance Kieran Read playing in the pod instead of out wide).

As it is used in open play, the problem with this method is that it requires good basic skills and very fit forwards to be in position.

In the England game last night, Israel Folau’s first try resulted from the correct decision being made by the pod leader forward (Sekope Kepu) passing it on to Folau on the pod fringe instead of taking it into contact (even though Kepu was well behind the gain line).

Both of the rucking forwards were in the correct position to form it and England were focused on the pod, allowing Folau to hit the gain line relatively untouched. Of note is in that move is that the pod backline marshall (Matt Toomua) is directly behind the pod as he should be but Bernard Foley is circling around behind the the lot of them as cover. 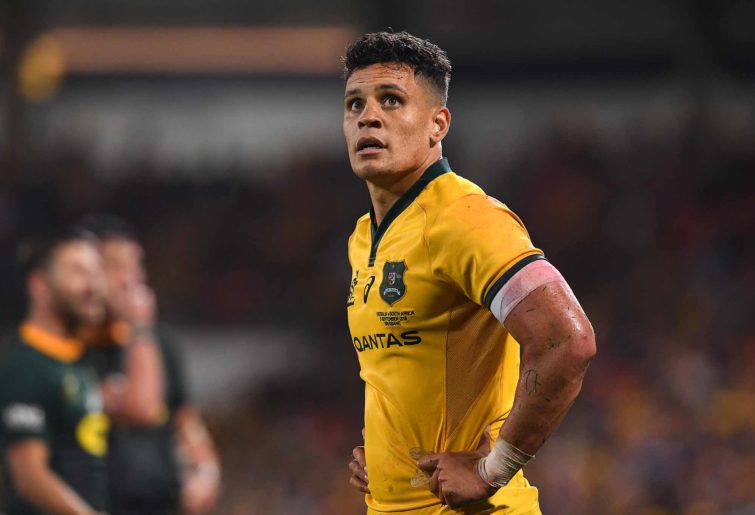 Matt Toomua of the Wallabies looks on. (AAP Image/Dave Hunt)

This style of play requires the players to really ‘own’ their work. If the forwards don’t perform at the ruck or create uncertainty in the opposition/draw in players then it is a waste of time. The pattern becomes predictable, goes from side to side, is easy to pick off and goes nowhere as the opposition aren’t being stretched.

How many times have we heard that complaint over the last few years of Wallabies play?

Additionally, if the forwards are playing too loose from a pod then the system again breaks down. If they aren’t drawing the opposition in, then again the system breaks down.

If the pods aren’t penetrating, then the response is usually for the play maker to kick the ball over the defence and try to reset. This perhaps explains the ‘aimless’ kicking we are seeing at present regardless of who is at 10.

Where I think Michael Cheika is falling down, is that it has taken too long to bed down and I don’t think the players don’t believe in it anymore. He (and RA by failing to step in earlier) have invested so much time and effort into ‘Plan A’, when it is being stymied they have no other system to fall back on and it is affecting the whole team.

Interestingly, the All Blacks appear to be on a similar path this year, although with the use of Beauden Barrett and Damian McKenzie running each pod. Steve Hansen is copping a lot of flack in NZ for this tactic and its effect on the current results of the All Blacks against SA and Ireland in particular.

I think Cheika and RA are now between a rock and a hard place. I don’t think the players believe in the system anymore and it’s too late for RA to change it. We are going to the WC with it and Cheika….. unless of course someone is bold enough to step in and implement a ‘Plan B’? 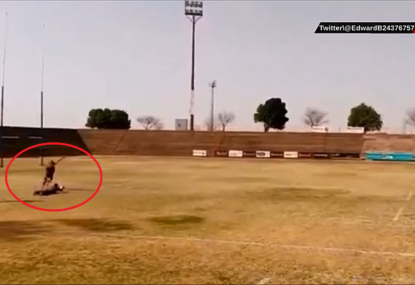