Who are the five best teams in the NBA?

With a month of the season under our belts and a decent amount of time spent watching games, an idea of who the best teams are in the league starts to take shape.

The surprise is that three of the five best teams, in my opinion, lay in the Eastern Conference, and it is nearly four from five.
The honourable mention would have to be the Philadelphia 76ers, who now have a closer. They were super close to being number five but I have to give Houston the edge.

5. Houston Rockets
We all know the Rockets aren’t the same as last year due to losing the presence of Trevor Ariza and Luc Mbah a Moute, but they have risen out of their early-season slump and gone on a healthy run which included a blowout against the Warriors. James Harden is leading the league in scoring once again and it seems like the outing of Carmelo Anthony has freshened things up in Houston.

I believe they won’t be the same as they were in the playoffs last year, but I can still see them making a consecutive conference finals appearance.

4. Boston Celtics
This is probably a controversial choice to sit the Celtics at four, but they have issues that don’t show up on paper. No doubt they have the most talented roster from one through 15 but that’s the main problem. There are so many guys who deserve playing time but there is only a fixed number of minutes to go around, this obviously leads to unhappiness and then poor chemistry on and off the court.

The health of Kyrie Irving also concerns me, he is the only champion on the roster and if he goes down and is out for the playoffs, who are they going to give it to in crunch time?

3. Toronto Raptors
The Raptors are probably the best defensive side in the league and they have one of the most valuable aspects in the post-season, experience and championship blood. Kawhi Leonard led the Spurs past a LeBron James-led Miami Heat who were on the path to a three-peat, and the Spurs managed to brush them off in six games, and Leonard was the MVP…not to mention the role of Danny Green in that team and the veteran leadership he brings to this squad.

Kyle Lowry and Pascal Siakam are both having career seasons and not to mention the revival of Serge Ibaka. 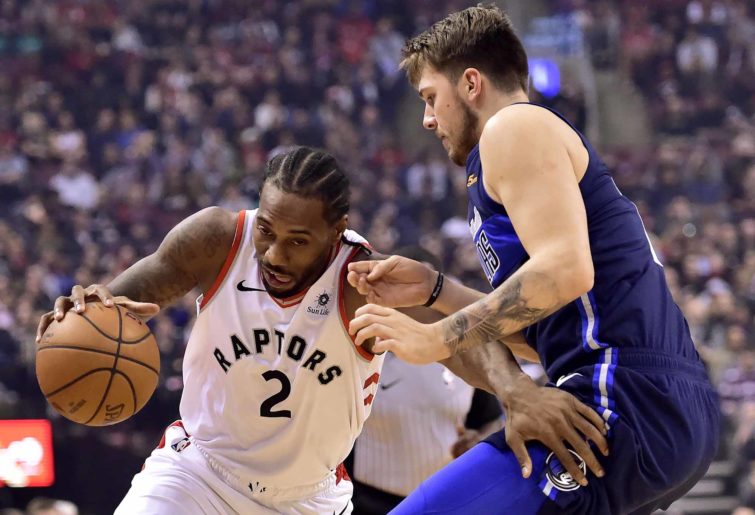 2. Milwaukee Bucks
If anyone doubted Mike Budenholzer’s coaching ability, then I’m sure they would think otherwise now. Giving players the green light to shoot threes has proven to work very well for the Bucks, currently averaging the most made a game.

And they have what you need to win a championship, a superstar in Giannis Antetokounmpo. The additions of Brook Lopez and Ersan Ilyasova have been some of the more underrated signings last free-agency. After waiting for a while, the Bucks have finally arrived.

1. Golden State Warriors
Not much of a surprise here, but it’s the Warriors at the top of the table once again. Before Stephen Curry went out injured, I’ve got to admit there was a small part of me who thought they could beat their own record. Yes, they have had their problems, but it is the same every year, the Warriors have a problem and go through a slump, but then they fix it and storm through the playoffs like they are Warriors fighting against kids.

They are most likely to three-peat.