Bright spark Roy ‘Crackling’ Pork and sharp unit Wayne ‘Spanks’ Spankle sit down at the bar to chew on some solutions.

SPANKS: And even more amazing that they did it all while being women.

CRACKLING: Well it was the Women’s T20, Spanks.

CRACKLING: Women’s cricket has been around for a while now, Spanks.

SPANKS: Ah, have to agree to disagree on that one, Cracks. Started in late May, as I recall.

CRACKLING: Well…that aside, huge effort. Ash Gardner was brilliant in the final, wasn’t she?

SPANKS: She reminded me very much of a young Murray Bennett.

CRACKLING: Murray Bennett? How so?

SPANKS: In her posture, mainly.

CRACKLING: Not her leg spin or massive hitting, then?

SPANKS: Oh no, Murray was dreadful at those. Nothing like him. No, in terms of actual play I’d say she’s more a Richie Benaud type.

CRACKLING: Maybe one day she’ll be as good a commentator.

SPANKS: Let’s hope so. The most overlooked part of the challenges facing Australian cricket right now is that we’re not unearthing any truly great new commentators.

CRACKLING: Are you having a go at anyone in particular, Spanks?

SPANKS: Not at all. I’m not about singling people out, you know that. All I’m saying is, every single Australian cricket commentator is shithouse. 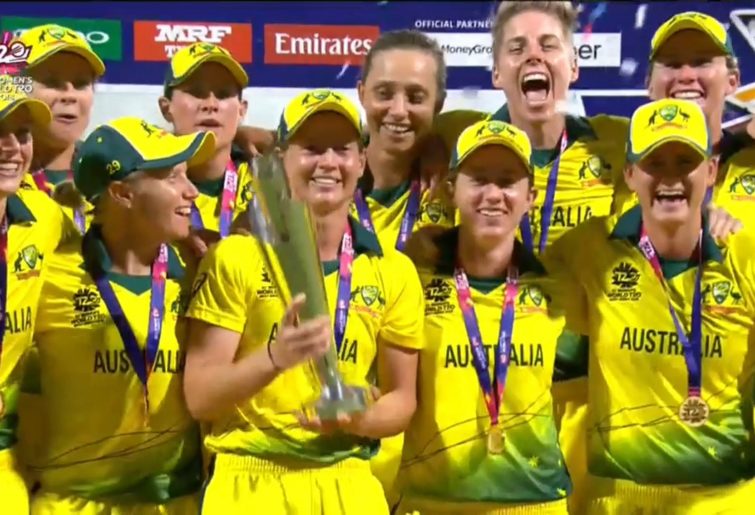 CRACKLING: Whoa! Spanks is coming in off the long run!

SPANKS: I am absolutely doing an Alf Gover here, Crackling, and that’s because I believe in what I’m saying. Time was, commentators learned their craft at the grade level, sitting on the boundary making pithy comments that nobody actually heard.

It taught you discipline. These days you’ve got Flash Harrys everywhere being pitched in at the top end like drover’s dogs down the dry creek bed.

CRACKLING: What does that mean?

SPANKS: Let’s not focus on minutiae, Crackles, let’s focus on the facts: Brendon Julian must go.

SPANKS: Anyway, moving on: the other big sports news of the week was the AFL Draft. Did you watch?

CRACKLING: I did watch, and I was riveted, though I confess that I nodded off somewhere in the eighth hour.

SPANKS: Who do you think did best out of the draft?

CRACKLING: I reckon Carlton will be very happy, though that’s always the case when they’re not actually playing, isn’t it? 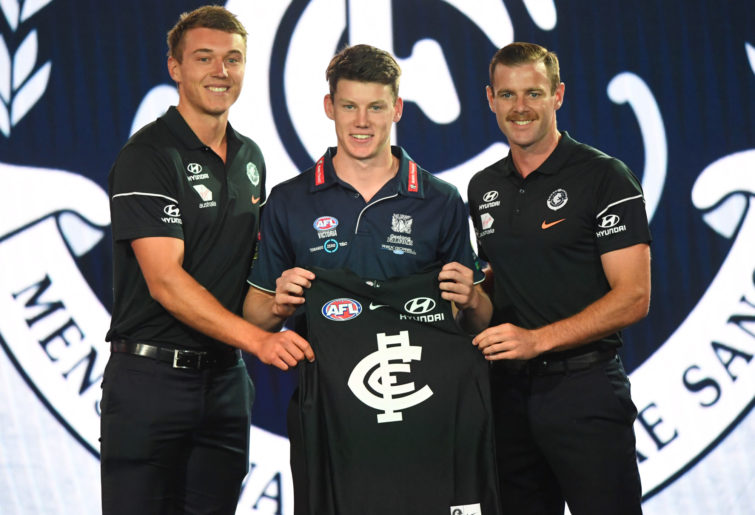 SPANKS: I like the look of young Bailey Smith, who’s going to the Bulldogs. Apparently he’s incredibly driven and focused on football to an unhealthy degree, which augurs well for him in future.

CRACKLING: All the great champions started out as young men who weighed their food. I still remember Haydn Bunton telling me, “Crackling, you will never be a premiership-winning full-forward if you keep ordering buttered mushrooms on the side.” And he was right.

SPANKS: You didn’t actually play football, though, so it wasn’t much of a loss.

SPANKS: And the Bombers have drafted Irving Mosquito, which is pretty funny.

CRACKLING: Mosquito apparently marks well overhead, which is confusing as hell, but that’s the modern game for you.

SPANKS: What do you think of Jack Lukosius?

CRACKLING: I try not to.

CRACKLING: Tell me, Spanks, is it difficult to get excited about the AFL so far outside the season?

SPANKS: It can be, Crackling. Part of me says hey, it’s cricket season, why am I even thinking about the AFL? Surely this is the time of year for getting deeply depressed, not for worrying about kicks and handballs. But then I think how close we are to the next AFLX season and I can’t help it, my blood starts pumping.

CRACKLING: That’s handy, because you’ve had some issues in that area haven’t you.

SPANKS: Yep, but the doctor says as long as I cut down to ten or fewer parmas a week I might be able to walk for another three years.

CRACKLING: Tough ask, but you’ve got it in you, I reckon.

SPANKS: Thanks mate. Pass the salt.

CRACKLING: So now I guess we better turn to the Wallabies.