Finch is struggling to be a three-format cricketer

Australian limited overs captain Aaron Finch is now his country’s only three-format player, but his imperious form has evaporated since he was handed this major challenge last month.

In 11 limited overs internationals since completing his debut Test series in the UAE, Finch has made just 124 runs at an average of 11. To highlight just how steeply Finch’s form has dropped, consider that he made 551 runs at 55 in his 11 white ball matches previous to that Test series.

This commanding touch in the shorter formats helped Finch to earn a spot in Australia’s Test team in the UAE, where he impressed as an opener. Pitted against the world’s in-form Test bowler, Pakistan seamer Mohammad Abbas, Finch made scores of 62, 49, 39 and 31 in the two-Test series.

Many cricket followers had doubted that Finch, long a short form specialist, could successfully make the switch to Test cricket. A belligerent white ball batsman, it was unclear whether he had the patience and technique to be able to consistently survive the new ball in Test cricket.

On the limited sample size of that one series, Finch seems better suited to Test cricket than many of us expected. Instead of looking to bully the Pakistan opening bowlers in the manner of David Warner and former Indian opener Virender Sehwag, Finch took an old-school approach.

He looked to remove most of the risks from his game early in each of his Test innings, seeking to blunt the new ball before gradually becoming more adventurous in his strokeplay. Finch worked the ones and twos nicely, with boundaries accounting for only 40 per cent of his runs in that Test series.

As I watched Finch make these adjustments, I wondered how his new career as a Test cricketer would affect his limited overs performances. Part of me felt that it may make him a more rounded ODI and T20I batsman, less reliant on boundaries and better able to pace an inning.

On the other hand, I thought there was a risk that it could tamper with his natural, aggressive instincts. Particularly in T20 cricket, it is Finch’s ability to play without fear that helps make him such an effective batsman.

Whereas being impulsive can be a curse for a Test batsman, it can be a blessing for a T20 strokemaker. 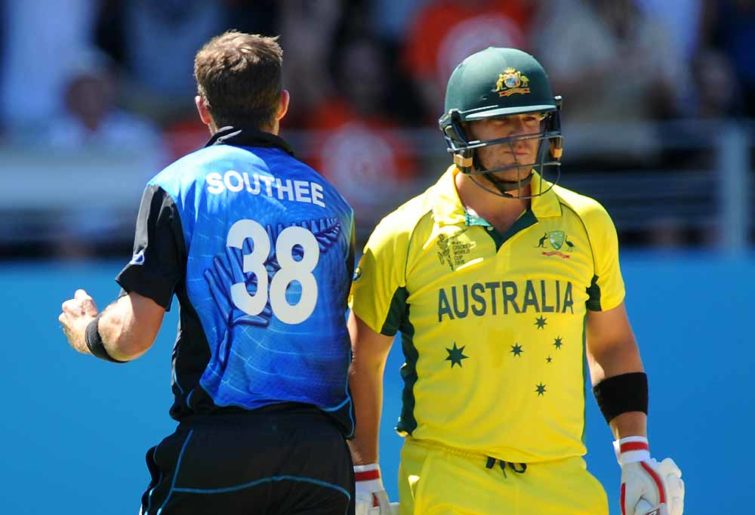 When Finch is in full flow in the shortest format, it is almost as if his eyes have rolled back in his head like a great white shark attacking its prey. He appears not to have any thoughts in his mind apart from: “Smash this next delivery”.

The fear of failure, of being dismissed cheaply, is difficult for batsmen to ignore. It is an instinct that must be cast aside in order to be a consistently destructive T20 batsman.

Finch has not looked his usual fearless self against the white ball since his debut Test series. Of course, I have no window into Finch’s mind and he may just have lost form, as all cricketers do from time to time. But it does seem coincidental that ever since that Test series Finch has appeared far more cautious with the blade in limited overs cricket and has been more vulnerable as a result.

With Australia’s ODI batting lineup in a dire state, they desperately need Finch to regain his mojo in time for the World Cup in June. It will be fascinating to see how he balances those white ball responsibilities with up to six Test matches over the next two months.