Why Valentine Holmes will make an NFL roster

After the star Cronulla fullback officially announced his release from his NRL club, it is time to begin evaluating his chances at forcing his way into an NFL squad.

With his footwork and versatile skillset, it is likely that a player of his calibre will find a spot somewhere in America’s biggest sporting league.

Players in the NFL are not used to the quick footwork that rugby league players like Holmes possess. The ability of defenders to successfully make tackles in the NRL is marginally better than that in American football. With this in mind, especially when given room to move on kick returns, Holmes will be a force that no defences have ever seen or prepared for.

In the 2018 NRL season, Holmes lead the league in line breaks (26) and kick return metres (1494). This proves not only his athleticism, but ability to break tackles and find space. These to characteristics are crucial for players looking for special teams and wide receiver spots, and Holmes is the best in this area.

The fullbacks balance and agility also gives Holmes an advantage when running routes if he were to line up at wide receiver. While his stepping will be difficult to contain in the ground game, defensive backs will also have to struggle to keep up with him in the pass game.

However, it could be easy to underestimate the former Kangaroo due to his size. Weighing in at only 90 kg and standing at 185 cm, he is much lighter than the majority of the league he is trying to inject himself into. 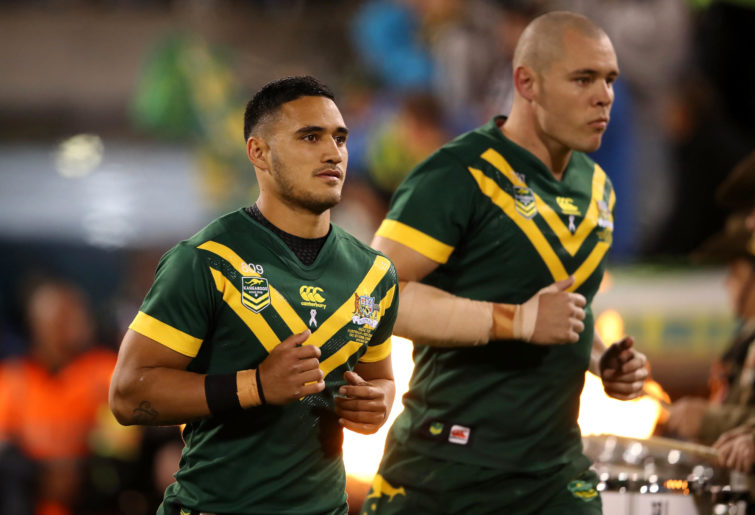 While it is easy to dismiss him due to this, and the most prominent problem that he hasn’t played the sport at a high level before, his light weight and strong frame make him a good target for any quarterback.

Now that Holmes has turned away from the NRL and is fully committed to his dream of playing in the NFL, it is likely we will see the same work effort and determination that was displayed in the Shire.

Just as this got him to the top of the NRL, it will take him to places no Australian has gone before in the states.