Why we need to stop calling India favourites

Test cricket over the last few years has followed a pattern rarely breached by the travelling teams.

England’s win over Sri Lanka was phenomenal, but it was barely an aberration than a norm in world cricket today. India’s favourites tag is merely a reflection of the kind of mess Australian cricket finds itelf in rather than the ability of the men in blue in this format.

The Indian team went into this year with an opportunity to win on both their overseas tours, but except for few flashes of brilliance, they came back empty-handed. The reasons for those defeats were muddled selections and a lack of consistency in batting. All the issues India had in England and South Africa are still valid on this tour of Australia.

The Australian team have their own problems, but we need to consider that they are playing at home. The Australian batsmen normally do well on home pitches.

Usman Khawaja, Shaun Marsh and Peter Handscomb have great records in Australia. The inexperienced players will also be more confident at home as opposed to in Asia. The bowling attack of Mitchell Starc, Josh Hazlewood, Nathan Lyon and Pat Cummins will be lethal in these conditions as they all have amazing records at home.

For India, though, the team combination is still a big question mark. They have selected three openers, and two of them have been in patchy form. Murali Vijay was dropped after the first two Tests in England and has not played Test cricket since. KL Rahul, who scored that brilliant hundred in the final Test in England, has been poor either side of that innings. 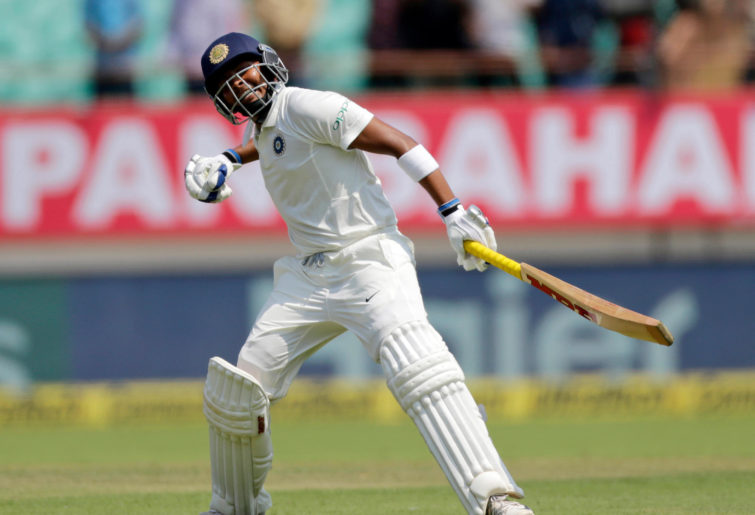 The Indian middle order of Cheteshwar Pujara and Ajinkya Rahane have been largely inconsistent overseas, and the young Rishabh Pant is still a rookie. The No.6 spot is up for grabs and is a battle between the inexperienced Hanuma Vihari and the frustratingly inconsistent Rohit Sharma.

India’s captain and arguably the best batsman in the world, Virat Kohli, is India’s strongest batsman and has been consistent in all formats this year. He is probably going to be the difference between the two sides and will hopefully he gets better support from the rest of the batting line-up than he did on the previous two tours this year.

Bowling is probably India’s strongest suit, but the combination is still something they might have to decide upon. With Hardik Pandya missing, India might have to play Bhuvneshwar Kumar to lengthen the batting a bit, as the rest of the pacers aren’t good with the bat.

India obviously have a chance, as the one thing they have over the Aussies is experience. Most of the players in India’s XI have been playing Test cricket for more than five years now and some of them are on their third tour of Australia. The team also has a bowling attack that has a combined total of 1110 Test wickets between them.

All said and done, the Indian bowling has largely struggled in Australia. Even though Mohammed Shami and Umesh Yadav have taken fifers on their past visits, India’s best spell by a fast bowler in the last two decades remains of that of Ajit Agarkar in Adelaide in 2003. The spin bowlers haven’t had a great time either – except for Anil Kumble’s fantastic 24 wickets on the same tour of 2003.

When we consider the above facts, we are looking at two completely flawed teams battling to get on top over the next six weeks or so. This series will be a close one, and I will put my neck out and say that the Aussies will start as slight favourites just because they are playing at home.

The Indian team has a chance, but lots of things needs to go right for them to emerge victorious. It is not impossible, but they aren’t the favourites.