The A-League can't afford to delay expansion any longer

Who is playing in the A-League this weekend? It doesn’t really seem to matter, because all the talk right now is about expansion.

Adelaide United’s clash with Brisbane Roar at Coopers Stadium tonight should have fans buzzing, with the Aloisi brothers returning to their home town to try and get one over wily German counterparts Marco Kurz and Filip Tapalovic.

It’s a clash of fourth versus sixth in a boutique stadium on a Friday night when there’s not a lot of other major sporting action taking place.

And the whole thing has been overshadowed by the fact that all anyone really wants to talk about is expansion.

Want to know how often Adelaide United and Brisbane Roar have met in the A-League? At least 42 times by my reckoning.

And unless the new Football Federation Australia board votes on December 12 to expand the A-League next season, the next six meetings between the two sides could be about as memorable as the past 40 of those fixtures.

So let’s address the elephant in the room here.

How much money is expansion going to cost? And how much is it going to generate? And who, in the long run, is paying for all this?

Because there’s been a tendency for some time now to expect Fox Sports to pay for everything.

And if you apply the standard business logic that they would like a return on their investment, then the fact that TV ratings are reported to be down by as much as 32 per cent on last season spells trouble.

Expanding the league might provide some much-needed new content, but it will also add to Fox Sport’s production costs.

Should they blithely be expected to foot those costs when ratings are dwindling and new subscribers are thin on the ground?

Then there’s the fact that expanding to a 12-team league next season could potentially lead to a lopsided fixture list.

If each side played each other home and away it would only amount to a 22-game season – not nearly enough for a professional league, to say nothing of the fact that the Asian Football Confederation requires teams to play a minimum of 27 games to qualify for the AFC Champions League.

As Vince Rugari wrote for the Sydney Morning Herald on Wednesday, either the season would need to be extended, or teams would play certain opponents more often than others.

But these are all minor details compared to the real question at hand, which is – of course – which two teams will be admitted into an expanded A-League?

If you believe the online chatter, there’ll almost certainly be one new team each from both Sydney and Melbourne when the A-League next expands. 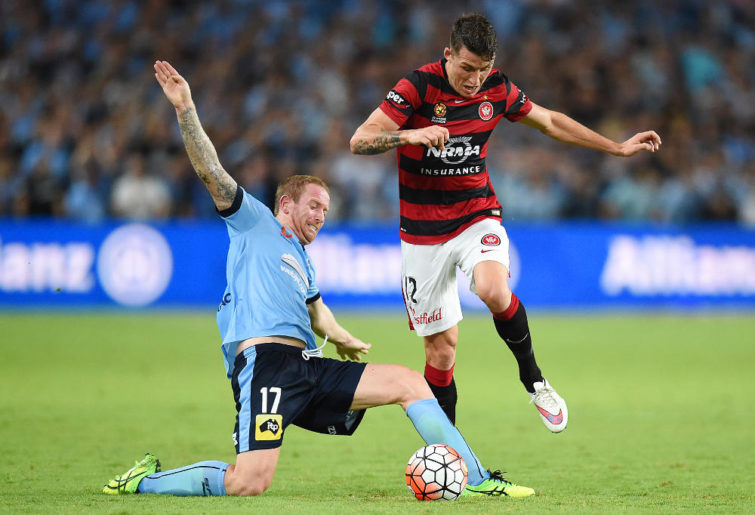 Derbies are the beating heart of the A-League.

The question on everybody’s lips – or fingertips, if you’re going by social media – is precisely when that will happen.

Already there’s been talk of the FFA not only trying to wring every last dollar from potential new clubs, but also that expansion might be delayed for yet another 12 months.

And while the former sounds familiar, the latter simply cannot be allowed to happen.

If we want a perfect example of what a waste of time looks like, we only need to look back to last season.

The A-League cannot afford to waste another year.

It goes without saying that new clubs need to be financially viable, but by the same token, it’s the FFA’s own conservatism that has brought the A-League to its knees.

We need two new clubs next season. Not more debate, not more consultancy fees, but action.

Because without an injection of new excitement and storylines, the A-League risks becoming the saddest of all clichés – a broken record.