For almost two decades we have heard two main complaints:

1. Heavyweight boxing is dead; and
2. There is too much importance placed on a perfect record.

This weekend, boxing fans around the world will have the opportunity to see two of the best heavyweights put their perfect records on the line as Deontay Wilder fights Tyson Fury at Staples Center in Los Angeles for the WBC World Heavyweight Championship.

When Wilder won the WBC belt three years ago he announced his plans to fight Tyson Fury, Alexander Povetkin, and then Unified Champion, Wladimir Klitschko. Unfortunately, he couldn’t secure the Fury fight before Fury defeated Klitschko.

While Fury stepped away from the sport to deal with two PED convictions, a drug addiction and an alcohol problem, Wilder went on to seven defences of his belt.

Since returning to the sport, Fury has had two successful fights shaking off the ring rust. He is still seen as one of the better moving heavyweights and has proven before he can upset the top-tier.

It wouldn’t be foolish to think this fight will result in either:
a) Fury winning a decision by moving and confusing Wilder all night; or
b) Wilder winning by KO

At today’s weigh-in, Wilder came in at a career low of 212.5lbs – that’s not even 100kg. For a six-foot-seven-inch-tall athlete, that’s extremely light. Meanwhile, Fury has come in at 256.5lbs and is looking more muscular than he ever has.

Since both fighters like to play mind games, don’t be surprised if Wilder tries to move and box as he did against Bermane Stiverne in their first fight, or if Fury tries to test Wilder’s chin and finish it early.

There is every chance this could be an ugly, boring fight as this is Fury’s speciality and a pattern Wilder has developed trying to time the right hand. But in the end, this is a rare and welcomed revival of the heavyweight division where the WBC champion is fighting the Lineal champion and both are risking their perfect record. 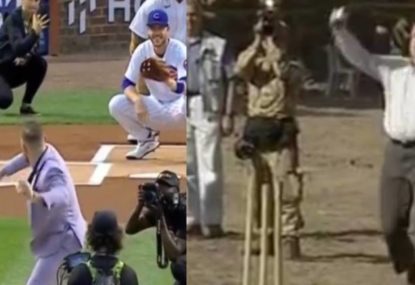 This is not some spiel about how boxing was better in the old days, nor is it some attempt to downgrade the walking living legends fighting today. But in a sport with one too many sanctioning bodies – which only overtly complicates potential fights and makes belts trivial – no sport is more superstar-driven. And […]

In my opinion, Jon “Bones” Jones (26-1) is the greatest fighter to grace the UFC octagon. His resume in mixed martial arts is quite simply unmatched and having dominated the UFC light heavyweight division for nearly a decade, you just knew something greater was on the horizon.