I’m fairly pleased that The Roar didn’t charge me with the task of making sense of the Round 6 A-League match at Coopers Stadium on Friday night. I’m not quite sure what I would have made of the whole thing, or said.

Adam Taggart was injured quite early, the kibosh well and truly placed upon him by my column last Tuesday; calling for the recognition of his form and participation in the Asian Cup in January. Ben Halloran starred for the home side with both goals and two other wonderful chances that, if taken, would well and truly have embarrassed the Brisbane Roar.

As it was, Henrique took on the role vacated by Taggart up front, found a goal and Brisbane came home the stronger side, searching for an equaliser as things got a little out of hand.

Taylor Regan channeled some of the gruesome images of 1980’s rugby league by clawing at the faces of opponents and substitute Stefan Mauk fanned the flames with a hard challenge on Craig Goodwin.

Despite immediate blame being directed at the Brisbane player, neither man had any intention of moderating their attack on the ball, both had their feet raised and probably felt they had first touch.

Goodwin’s torso cleaned up Mauk, who was concussed and subsequently sent off, but not before Jordan Elsey rag dolled Mauk’s prostrate frame and the managers went at it on the sidelines.

Elsey’s actions suggested a doubt over the seriousness of the injury to Mauk, a seriousness that subsequent replays confirmed and as players ran from all parts to protect team mates and their honour, John Aloisi and Marco Kurz had a good old fashioned stoush.

Throw in some drama in the tunnel as the game wound down and it was a wild night at Coopers that will provide something extra and tangible for the next meeting between the two teams.

In some ways it was a shame as there wasn’t too much football played in those final minutes. Had Brisbane snatched a late one, it might have proved the spark that sent the match into sheer chaos. If it hadn’t already got there prior.

Football passions run deep and for a while there, the dexterity, touch and skill required in the beautiful game was well and truly forgotten, as the match became a brouhaha.

Rather ironically, just a few hours later, a much talked up and anticipated brouhaha was taking place in Brisbane. Anthony ‘the mouth’ Mundine was taking on the mild mannered Jeff Horn in the weakly labelled ‘river city rumble’, hoping to end Mundine’s career as brashly and arrogantly as it had begun.

Australia held its breath, with the most significant percentage of it hoping that favourite Horn would craft a perfect performance against the ageing and slow 43 year-old Mundine; planting him on the seat of his pants.

While the A-League got in the spirit and engaged in the pugilistic theme of the night, what happened in the ring was far less courageous, entertaining and according to many, real.

In less time than it takes to boil an egg, Horn snotted Mundine with a left that sent Australia’s self-proclaimed ‘greatest ever athlete’ to the ground. I must admit to giggling, running in to inform my wife of the events as she showered. 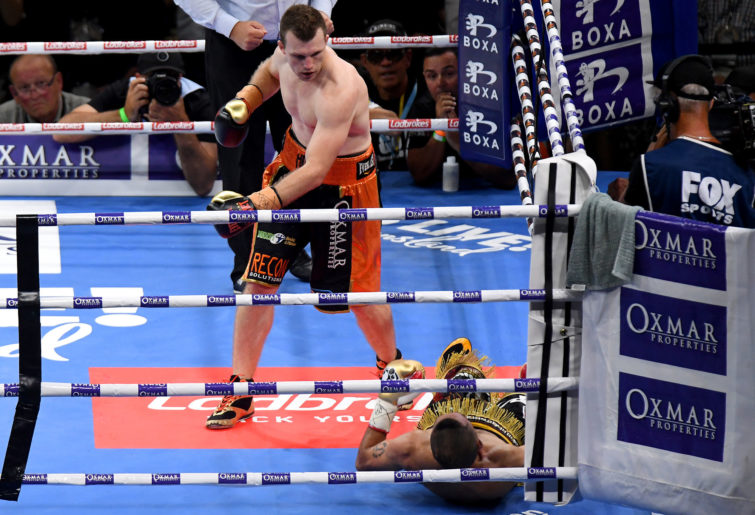 The look she fired in my direction was a combination of disgust at the interruption and sheer disinterest in the failings of a man who engenders that exact emotion in so many people.

Not long after the clash at Coopers had played out as a gripping, tense and enthralling finish, a pointless pay-per-view played out live and free right across Facebook and numerous live streams that were available on the internet.

Someone might end up in goal, such is the financial importance and reliance on such arrangements, although if some pundits are correct and Mundine took a rather poorly choreographed dive in order to set up a rematch, an even bigger pay day might yet lay ahead. 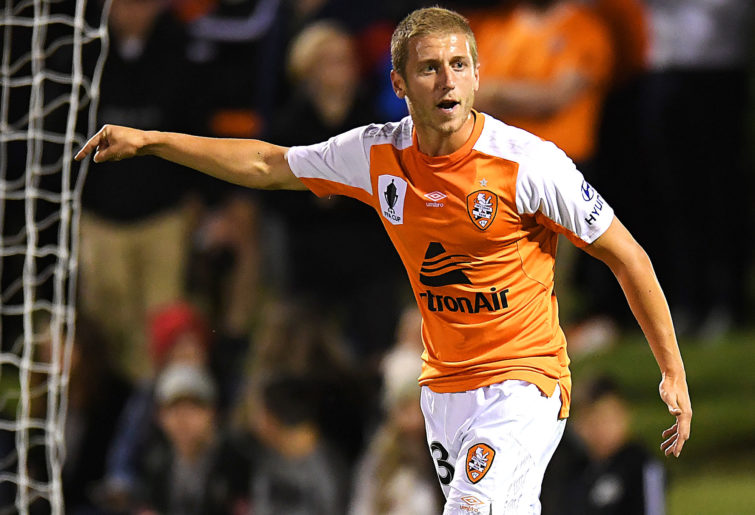 It was a beautiful night of irony where a group of fleet footed, lightly framed and skilful men put on a combative display, took or gave no quarter and refused to be intimidated on any level.

That irony was enunciated and exclamation marked just before midnight by a so-called ‘contest’ between two men whose greatest physical talent apparently lies in their ability to belt another person in the head until they can stand no longer.

For at least one night, football became a fight and an actual fight was exposed as a farce.

Thankfully, the FFA is on the ball and will show the return A-League clash on pay-per-view February 2nd, when the two teams meet at Coopers once again.