Australia versus India: Day 1 from the ground

Summer has started. Cricket is back. Nine months of suppressing the existence of the Australian cricket team following the embarrassment of South Africa has vanished in the space of 12 balls.

Rahul stretches to a full, swinging ball from Josh Hazlewood and it catches the edge, flying straight into Aaron Finch’s hands before he has time to realise he’s caught the first scalp of the summer. And I’m up, out of my seat, yelling and cheering, nine months forgotten and forgiven in the blink of an eye.

I’m not the only one either, everyone is smiling, on their feet, applauding. Messages come in from friends around the country. They’ve jumped back on the train too. India 1/3 after two overs, maybe this summer isn’t going to be as bad as we thought.

Here I was counting down the days until the Big Bash starts, but all of a sudden I don’t feel like I’m quite ready for the smash and dash.

The weather is warming up, it’s not even 11 but it feels like it’s reached that 39 maximum already. The reserved seat stickers all around the stadium are already starting to disintegrate from the sweaty backs and nervous excitement. It’s not a full crowd but the members stand is filling up, with each passing fifteen minutes, an extra row enters the shade, and it fills up in the over break.

If you weren’t excited for the summer of cricket after the first two wickets had fallen, it was impossible not to be after the 63rd ball of the innings. Virat Kohli, number one ranked batsmen in the world and Indian captain, drives hard at a wide Pat Cummins delivery.

He’s only scored three runs but he’s the most in-form batsman in the world, his confidence is sky-high.

His early departure is of upmost importance to the Australian team. This ball, the 63rd, a number that brings back memories of the last Test match contested between these two nations at Adelaide Oval, and the last time Adelaide hosted the first test of the Summer.

The Australian team, playing in honour of their beloved teammate Phil Hughes, came into the match and the series under absolute uncertainty, not unlike the situation today, only for David Warner to score twin centuries, Steve Smith to score over 200 runs without losing his wicket and captain Michael Clarke chipping in with a century of his own.

However today, they could not rely on any of these players to help them out. Fortunately Usman Khawaja stepped up, just like he did in his greatest innings to date against Pakistan only a couple of months ago.

Kohli’s drive caught the edge and flew to Khawaja’s left. In the blink of an eye, Usman was flying, horizontal off the ground, left arm outstretched behind him, potentially grasping in one hand not only the game but the Border Gavaskar Trophy. 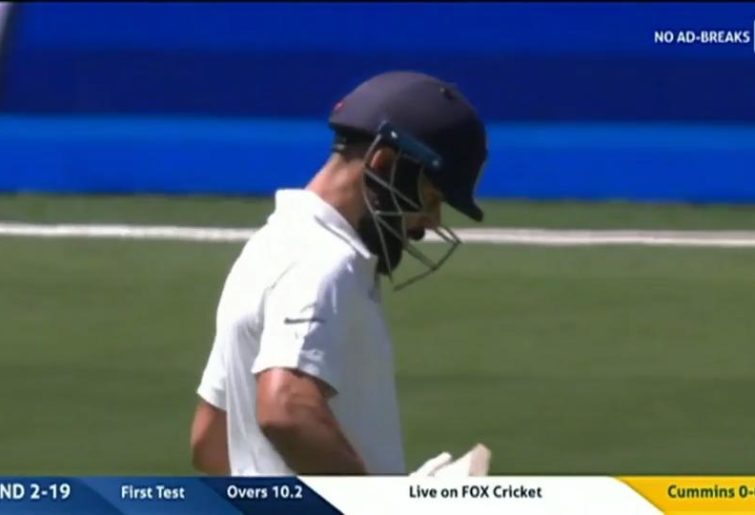 Is it too early for the moment of the summer, because this is it. The great Virat Kohli dismissed for a meagre 3 runs.

The enormity of the moment was not lost on the crowd. Everyone was buzzing, looking around with eyes wide and mouths gaping open. This will win catch of the summer, it’s got to win catch of the year, I can’t remember seeing a better catch live.

All of a sudden, the rows in the sun start filling up as those out in the marquee area decide the test match might actually be worth watching. There’s a real buzz now, and before we know it India are 4 wickets down going into lunch, and Australia are going to walk away with the series!

Not only is the crowd buzzing, but the players have found another gear. A ball is smashed to the boundary, pursued by three players hell-bent on preventing it from reaching the rope. This is the passion and energy we expect from our team. This is more like it. Summer is back. And I’m liking the way it’s feeling.

Lunch falls but the mercury continues to rise. It’s well and truly 39 degrees now, and everyone is feeling it. Except for Pujara that is, he continues to bat time, the only Indian player with some self control. He hasn’t played one loose shot, and while his strike rate is slow, so are the Australian bowlers. You can see the heat getting to them. They’ve put in a couple of great spells but the innings is far from over, and they’ve got to find another gear and put the Indians away for good.

Tea arrives and still no loose shot from Pujara, he is carrying the Indian innings well and truly on his own bat. The seventh wicket falls and Pajura shifts into third gear, the runs start ticking along.

The game is just starting to get out of hand for the bowlers. But thank god for the new ball. 80 overs in and finally Starc sends a yorker flying towards Ishant Sharma’s stumps. He walks back to the Sir Donald Bradman Stand, but not before a long stare from Mitchell Starc. There are no words needed between the pair, but the crowd knows. The Australian team is back and it means business. 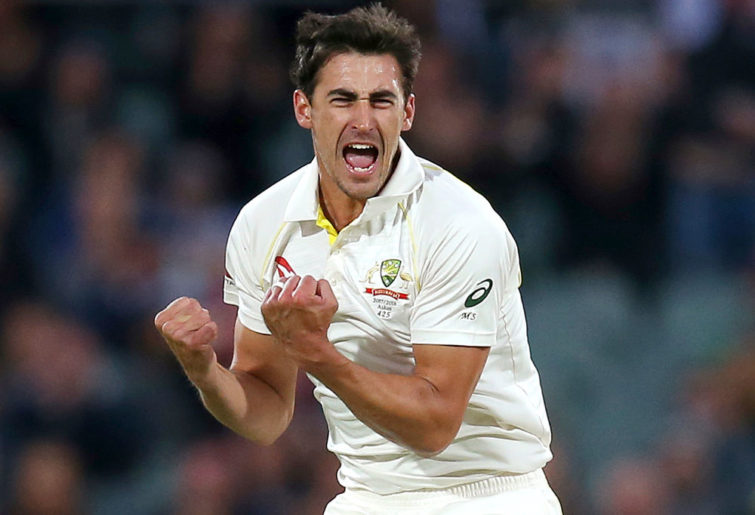 Now 8 down and Australia are looking to wrap up the innings before stumps, maybe except for Marcus Harris and Finch, who will be doing everything they can not to face a few overs before play is called for the day. But they don’t need to worry as Pujara is piling on the runs, reaching 5000 career runs and his 15th Test century, finally giving the starved Indian fans something to cheer about for the day.

India are now 8/250 with only two minutes left in the day. After being 4/41 it is a great result but could get even better with a good session in the morning.

Australia could be facing 300+ runs against them.

Hazlewood bowls to Pujara, now on 123 and in top gear. It’s the fifth ball of the over and he’s looking to get off strike and save Shami from facing the last over of the day, like he has successfully for the last hour.

He pokes it to mid on, it’s a tight single but he risks it, the fielder has got to pick up and release across his body at one stump in one motion. Pujara takes the run. Enter Patrick Cummins. Weary after 19 overs and 6 and a half hours in 39 degree heat, he sprints in from mid on knocks down the stumps to the surprise of the whole stadium.

It’s an incredible run out and Pujara is walking back to the pavilion. Stumps is called.

What a day. Incredible fielding and consistent bowling and Australia are looking deadly. In the space of one day, the collective mood of a country has got just a little bit lighter, and the recycling bins at Adelaide Oval a lot fuller. Bring on summer.