We have a saying in Australian football, if you are using the ball around the flanks and not straight through the middle of the ground you are going ‘via the cape’.

This article traces one footballing family’s generational trans-versing of the country before ultimately playing in premierships at VFL level, although truth be known it may or may not have been their ultimate football ambition or even fondest football moment.

James ‘Tuck’ Metherell was born in Tavistock West Devon in 1869 and immigrated to Australia leaving Plymouth and ending up in Port Adelaide with his parents at the age of 15 in 1883.

They, like thousands of Cornish miners, headed to Moonta or ‘little Cornwall’ as it was known on the Yorke Peninsula in South Australia to mine copper. It was said that Moonta in the 1920s was more Cornish in customs and culture than Cornwall itself.

Tuck, who was a ruckman, played football for Moonta Turks. The Turks were formed in 1876 and dominated the Yorke Peninsula league in the 1890s. In 1893 Tuck received a call up from the Norwood Redlegs as did several of his Moonta teammates. In 1894 Norwood won the premiership even though being outsiders in the last three games of the year and Tuck was judged by ‘Goalfront’ to be “the best ruckman of the year”. ‘Onlooker’ in The Express and Telegraph said: “The Norwoods had no harder ‘grafter’ than Metherell, whose remarkably fine ruck play deserves all the praise that can be bestowed upon it.”

In 1895, the Norwood football club was gutted by men moving West after Paddy Hannan found gold around what was to become Kalgoorlie towards the end of 1893.

To quote Geoffrey Blainey – “South Australia rich in copper, dreamed of gold,” from that premiership team ‘Tuck’ Metherell was lured to the Golden West along with a host of his talented teammates including Jimmy Poglase, Jack Cullen, Charlie Atkins, Jim Mullaney, Tom Coombe, Ted Hantke, Jack Slee and Os Bertram.

Despite the departures Norwood made a football trip East in a mid-season visit to Victoria, Norwood lost to Melbourne, drew with Collingwood and defeated Essendon. 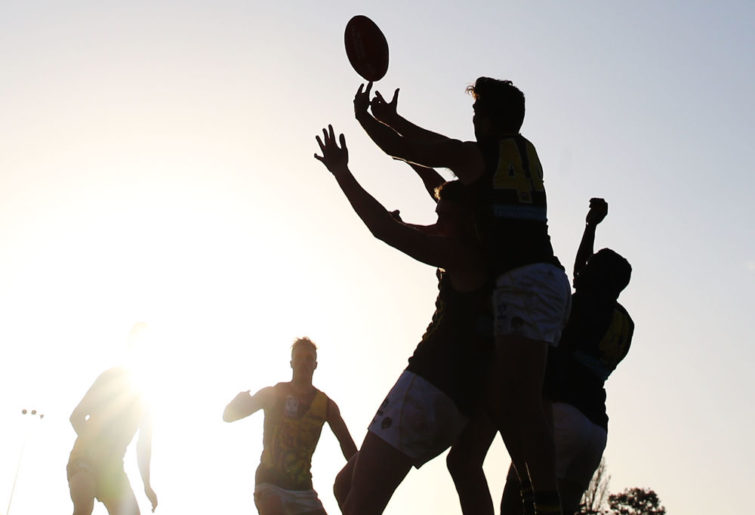 From what I can ascertain the Metherells took a passage on a ship from Adelaide that was actually bound for London and disembarked at Albany where they walked to Kalgoorlie with their belongings like thousands of others.

By June of 1895 Tuck Metherell was vice captain of a new team called the Great Boulder football club and in 1900 became involved in a club called the Warriors which was comprised mainly of men from Moonta. They would eventually be morphed with the famous Mines Rovers of Boulder.

If anyone is interested you might want to google the Cornwall Hotel built in Boulder in 1898, which was built out of local quarried stone mined by Cornishman primarily from Moonta which would be the ‘spiritual’ home to the Mines Rovers for many years prior to the clubs own licensed premises.

Cornishman were in great demand as miners and were generally compensated with higher wages when seeking employment, although most men at Kalgoorlie wanted to stake their own claims.

At one stage in 1903 five Metherell’s were playing for the Warriors, brothers Tuck, Bill (Tish), Samuel (Doc), George and Edward (Bant), by the early 1920s a new club called Moonta Turks sought affiliation to the Goldfields league. It was a club named after the old club in Moonta SA and the huge number of Cornish miners who came from there, Mr Edward Metherell was its inaugural coach and at least one of his sons played.

Tucks brother Bill who had represented WA in the 1908 Australasian championships had moved to Perth and his two sons Len and Jack were playing junior football at Subiaco where Geelong cast an eye over the boys, Len Metherell started his career in 1927 at Western Australian club Subiaco and topped their goalkicking with 49 goals.

His tally of 71 goals in 1937 saw him finish one short of Gordon Coventry who topped the league.

Metherell kicked four goals in that year’s grand final and helped the Cats to their third flag, Jack Metherell went on to captain coach a number of premierships teams at North Hobart, coach Tasmanian rep sides and was eventually inducted into AFL Tasmania’s hall of fame.

Geelong refused to clear Metherell to North Hobart even after the intervention of Tasmanian premier Albert Ogilvie, meaning that Metherell was forced to sit out the 1938 season and coach from the sidelines. When he finished coaching he took up umpiring in the 1960s.

I might add something else about the Metherell boys and kicking, Len Metherell was described in the Sporting Globe as “doing a kick that is all his own, and I fancy he and his brother are the only exponents of it. The kick is used for passing, and is a punt. The ball is dropped on to the toe and travels through the air like a drop-kick. The astonishing thing about this kick is that Metherell is so accurate with it.”

Metherell when questioned stated that he learnt it from his father – and yes they are actually talking about the drop punt here.

I will just say until doing a bit of basic research I did not know the Metherell brothers and extended family existed, maybe only dedicated Cats fans had heard of them.

I just happened to stumble on the name looking for something else, they are just one example of literally thousands of families who also happened to be involved with the game of Australian football whom made their way to the Kalgoorlie goldfields in the mid 1890s whilst the Eastern states were in a grip of a huge economic depression.

We are a quarter of the way through the regular season and already there are several teams that are standing out among the rest.

Trade period recruit Bradley Hill is a surprise inclusion in a revamped St Kilda leadership group for the 2020 AFL season.