The Mariners aren't afraid of change, but they should be

Is it possible that when Marcus Aurelius said “The universe is change; our life is what our thoughts make it,” he was somehow verbalising some augury of the 2018-19 Central Coast Mariners?

The Mariners have had five managers in the past five years, and with that flux in leadership it feels as though the foundations of the club have turned crumbly, rendered unsure, a cakey slab upon which it seems nearly impossible to erect anything stable.

It is rarely seen as good practice in football to change managers at the same rate Australia does prime ministers, and so it can hardly come as a shock that this season the Mariners seem to be, again, a bad team.

The Mariners lost 2-0 to the Western Sydney Wanderers on Friday night but began the game brightly, fizzing vertical passes to one another to create some promising bullrushes into the Wanderers penalty area.

Connor Pain and Matthew Millar are both positive dribblers and bustling runners, and on either side of the pitch they matched each other’s searing sojourns into the attacking third.

But that early fizz quickly went flat. From about the 15-minute mark the Mariners became the reactive team looking for sporadic counter-attacks, allowing the Wanderers to assume control of possession and begin applying thin layers of pressure.

Often, once the ball was won back by Central Coast, the outlet pass of choice was a long punt toward Matt Simon. As much as Simon is a ferocious aerial presence, more an airborne elbow than he is a man, this is not a particularly good way of alleviating pressure. If the aerial skirmish isn’t won, the ball comes right back at the Mariners defence.

Occasionally they’d work their way out more terrestrially, and in these cases the counter-attack was almost always more promising. But the whole concept of a counter-attacking team depends on that team being able to absorb pressure – invite it, even – so as to lure their opponents into even more over-extended postures, making them all the more vulnerable to a sudden riposte.

The Mariners set up here with Antony Golec, a centre back, as their left full back. Kalifa Cisse and Kye Rowles were the centre backs, and Jake McGing was the right back. Now, at the best of times this defence isn’t particularly formidable; heading into this match the Mariners had conceded 14 goals over the first six games this season, the league’s worst defensive record by a distance. Cisse looks a solid player – certainly they would have conceded more goals if not for him – but he in isolation cannot drag this team to defensive competency. 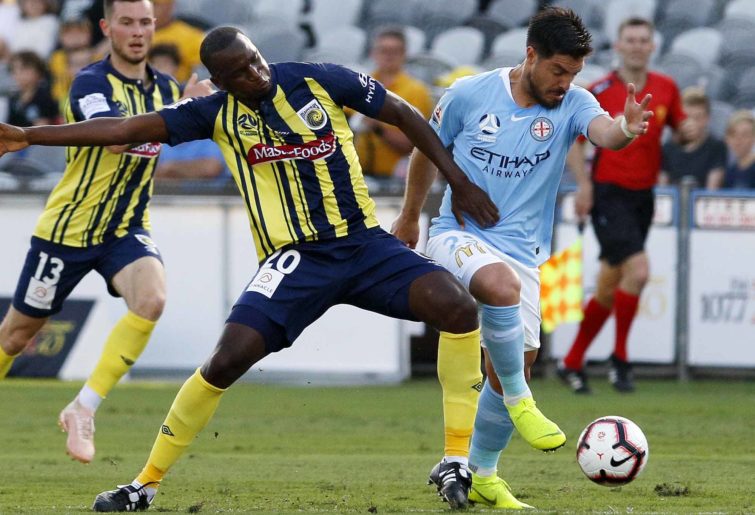 Goalkeeper Ben Kennedy must also be included in the defensive assessment, and to borrow the words of Humphrey Appleby, selecting Kennedy as your first-choice keeper is indeed a brave and courageous decision for a manager to make. Kennedy did not cover himself in glory during the Wanderers’ second goal, palming a shot he might have held or diverted over the byline right into the path of Jaushua Sotirio, who slotted the rebound through the keeper’s legs.

In assessing Central Coast, one cannot just erase the last four years of abject foundering. It’s been that long since they’ve finished above eighth place, but to expedite the exercise, let’s just take last season’s woes and how they affect what the Mariners are doing this year.

Under Paul Okon, who oversaw the bulk of last season, the Mariners were one of the most possession-hungry teams in the division, finishing the season ranked third for average possession held.

Mariners games were astonishing, exemplary displays of exactly how little the possession and passes completed stats matter as far as being necessary indicators for a team’s offensive or indeed defensive acumen. They would knock the ball around endlessly and yet couldn’t score.

But even though it didn’t work, even though it led them to a historically bad season finish and even though Paul Okon departed as a result, it was at least a plan. A bad one, but one with blueprints, instructions and intentions. The work it must have taken to install would have been considerable.

This season the Mariners are the lowest-ranked team as far as average possession held is concerned. Only the Wellington Phoenix have attempted fewer passes than the Mariners. They play fewer sideways passes as a percentage of their total passes than any other team. And again, only the Phoenix play more long balls. This is as different a style to Okon’s as can be imagined.

This isn’t necessarily a bad thing, knowing how terrible the Mariners were under Okon, but the fact a tactical face-lift this dramatic has taken place might explain in part why they’ve started so badly. And it’s not just your run-of-the-mill bad start; the Mariners’ two points from an available 21 to start this season is the worst start in A-League history.

Mike Mulvey saw 15 players leave this off-season and recruited 17 new ones, perhaps the most extreme incidence of player turnover seen in the A-League. Tommy Oar, Ross McCormack, Corey Gamiero and Jordan Murray are all nice attackers. All four were injured against the Wanderers. There are caveats. 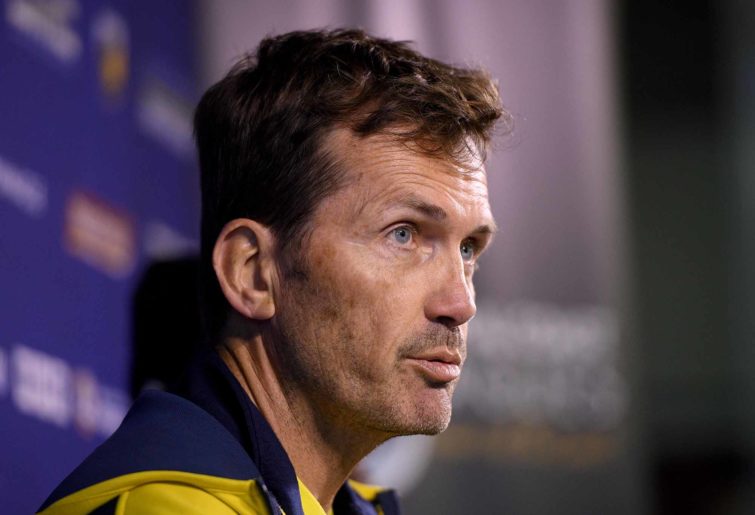 “We just need a win,” Mulvey said after the game. “We’ve got a little system working for us that seems to suit us, the players that we’ve got,” Mulvey added, “Obviously we’ve got some players who are not available at the moment, which would add competition.

“But we just need a break, we just need to win a game,” Mulvey ended, a little exasperated and with a small smile laced delicately with weariness.

If you see ambitious passing football, in love with possession, allergic to the instinctual hoof, as being the preferred style, then Mulvey has put the Mariners through a sudden retrogression.

If you agree that their current style better fits their players, then the process is more an abandoning of a damaging, pompous ideal. Either way, the Mariners are still terrible, and if they don’t improve, the reset button may be hit in panic. Again.