Seven months in, what’s the verdict on Justin Langer?

Justin Langer was fast-tracked into the Australian coaching role over seven months ago now, so in the professional world of modern-day cricket, a job appraisal seems slightly overdue.

Admittedly, the Aussies are in the middle of a series right now, but the cricket never really stops these days anyway, so a quick analysis now seems as good a time as any.

It’s been a tough first few months for Langer after the 48-year-old stepped in for Darren Lehmann, who left the job suddenly at the end of March.

Picked to coach the national team in all three formats, Langer’s four-year tenure has started with considerably more losses than victories.

Langer is yet to win a Test from three attempts at the helm, has only won a single ODI from eight matches and snatched victory in five T20 internationals from 13 starts, including one game against the UAE.

Admittedly, most of those games were on foreign shores, but still, those numbers are not good.

It would be too simplistic to measure Langer on just wins and losses at the moment though, considering he has inherited a severely weakened team, that has lost both key players and a lot of its mojo.

So, let’s have a look at some of the other parameters.

In his first press conference as Australia’s new cricket coach, Langer talked about Australian cricket “earning respect, on and off the cricket field.”

He also touched on another team goal which he wanted to adopt from his time as a successful coach of WA.

He called it “encouraging not just great cricketers but also great people.”

Both goals came as no surprise of course, uttered just weeks after an ill-fated South African tour which saw players penalised for ball-tampering.

Known for his quirky approach as coach, Langer’s goals stand somewhat at odds with the 2018 zeitgeist, however.

After all, what are the KPIs on respect? And how do you monetise being a great person? 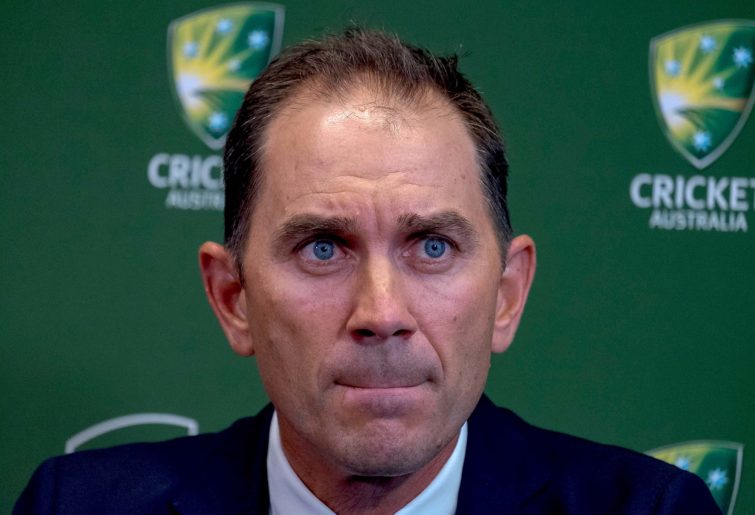 Justin Langer doesn’t exactly have the cream of the crop at his disposal right now. (AAP Image/Luis Ascui)

Jokes aside, it’s been noticeable to see the Australian cricket team’s increased engagement with the public over the last few months.

In amongst their regular advertisement shoots, they’ve been showing up at cricket camps, war commemorations and other community events, mending a few fences with a disappointed Aussie public.

Of course you could dismiss this as cheesy PR, but in this age of shouty media noise, if you don’t do those sorts of things with a camera nearby, no-one really notices.

Just as noticeable was the way the Aussies put their game where their mouths were in the final innings of the first Test in Adelaide.

Anyone who heard a full over of Rishabh Pant’s uninterrupted drivel from behind the stumps knows that the Aussie batsmen showed considerable restraint in not turning the game into a slanging match.

The mid-pitch comments from the Aussie bowlers towards the batsmen were there as usual, but they seemed fewer than normal.

Especially on the first morning of the Test, as Australia’s “fast bowling cartel” showed that an aggressive mindset with the ball in hand was more useful than a couple of cliched remarks in their follow-through.

But still, Australia’s cricketing public are disappointed with the team’s recent results – just ask around a bit. It comes at a time when other national men’s teams are struggling too.

The Wallabies have been especially poor this calendar year and the World Cup in Russia showed just how far the Socceroos lag behind the world’s best.

But, a little different to football, cricket coaches can’t be held accountable for every misstep of their players on the pitch.

Cricket is a team game, yes, but one where players are constantly required to put in individual performances for prolonged periods of time.

For this reason, I think JL is doing okay. The fact is, Australia’s players are just lacking a bit of quality at the moment.

Langer can’t be blamed for that – it’s due to a number of factors.

He should be aware from his own playing career that chopping and changing lineups dissolves players’ confidence considerably.

If he remembers that at the selection table ahead of the second Test, he will have had a pretty good seven months from my perspective.