We should have learned. If Miami taught us anything last week it is that even the most unlikely things can become reality.

In the freezing December weather in Kansas, it was fitting there was magic in the air. Phillips Rivers, criminally underrated, lit up the big stage when it mattered most.

Make no mistake this was a coming of age game for LA. The questions have followed the Chargers like a bad smell. Can they deliver in the postseason? Can they beat Kansas City? Are they ready for the big stage?

Two of those three were emphatically answered tonight. Without superstar running-back Melvin Gordon and number one receiver Keenan Allen for the majority of the game, the Chargers somehow overcame this – and a fourteen-point deficit – with less than five minutes remaining.

Teams trailing by fourteen points with less than five minutes remaining were 0-88, with Rivers being 0-20. Incredibly, things only started clicking for LA within the final minutes. They produced a largely disjointed performance with their offence and defence failing them at inopportune moments. 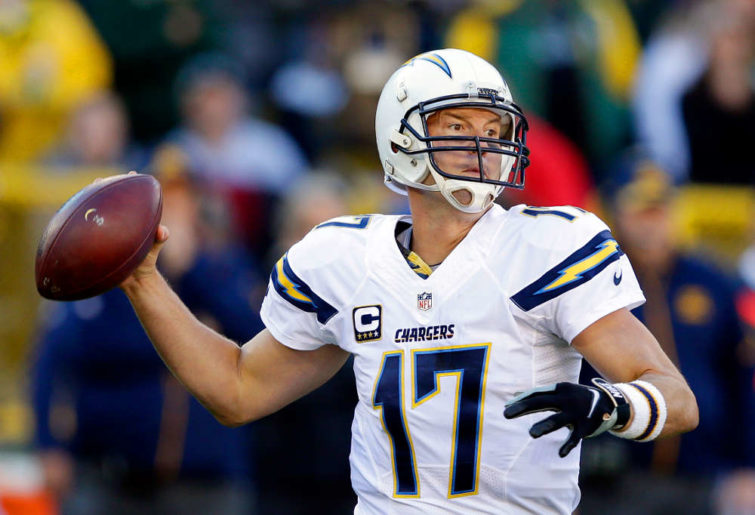 Philip Rivers has been the driving force being the Chargers for so long now. (AP Photo/Darron Cummings)

The pressure was on both teams heading into this titanic battle of the AFC’s best. Yet it was the Chiefs who looked unaffected for 55 of 60 minutes.

It had looked so good for so long for Kansas City. The Chiefs seemed in control until the final five chaotic minutes. On the second play of the game, Philip Rivers took a shot deep downfield toward Tyrell Williams however it was severely under thrown, allowing Steven Nelson to pick it off.

The Chiefs, left in great field position marched down the field for their eighth opening touchdown drive of the season. The most of any team in the NFL. On the drive Pat Mahomes performed his weekly Houdini act, scrambling for 41 yards before throwing a brilliant pass to Damien Williams for a first down.

At the end of the quarter it was a 14-0 lead to the Chiefs, leaving LA fans fearing the worst once again. Their fears would have been worsened after star wide-out Keenan Allen injured his hip attempting an acrobatic catch in the end zone.

Moments later, hopes were restored as second year stud Mike Williams soared for the jump ball bringing LA within seven of the AFC favourites. With the Chargers having the sixth ranked offence and Kansas City possessing the league’s best ranked offence, many expected a shootout. It didn’t turn out as such.

Moments before halftime Rivers threw a wild pass deep in the red zone, only to be picked off once again. The half ended 14-7 Kansas City.

After the break, Mahomes led a 73-yard drive to restore the Chief’s two possession cushion. 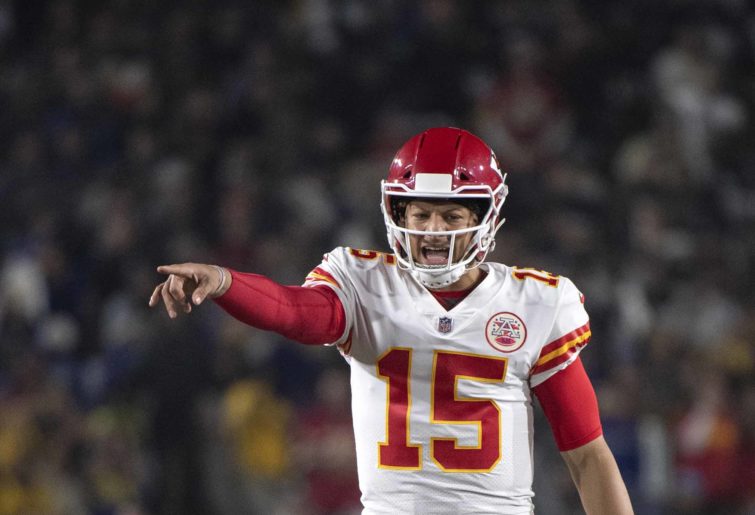 Trailing 21-7 the Chargers were finding other options to stay in the game utilising big bodied receivers Mike and Tyrell Williams as well as future Hall of Famer Antonio Gates.

With five to go in the third, Mike Williams showed why he was taken seventh overall just two seasons ago. Receiving the ball from Rivers on an end-around, the 6”2’ speedster burnt the Chiefs defence for a nineteen-yard rushing touchdown.

Frustration was the emotion which reigned for LA in the late third and early fourth. The Charger defence had numerous opportunities to end the drive early, with Mahomes facing two 3 and 10s and a second and 15. The four defensive penalties certainly didn’t help. To add further exasperation, Damien Williams ran in a one-yard touchdown to almost put the game beyond the Chargers, down 14 with 8:20 to play.

It seemed incredibly unlikely this game would have a climax. The Chiefs had gone four from four in the red zone, with a confidence zapping eight minute drive resulting in the aforementioned Williams touchdown. Add to that an offence who had not scored for almost fifteen minutes. Even the most optimistic of Chargers fans would not have foreseen the final happenings.

From this point on, it was Philip Rivers’ ballgame. The Chargers marched the ball down the field to go within seven, with 3:53 remaining. An outstanding defensive stand, gave the Chargers one last chance.

On 2nd and 20 with 2:32 to play, Rivers perfectly floated a ball into traffic for Travis Benjamin to heroically catch, placing LA in Chiefs territory. Four plays later on 4th and 8, found the dreadlocked Benjamin again, this time converting for twenty-six yards to the KC 10.

With eight seconds to go, LA had a first and goal. Rivers threw a fade to Mike Williams who controversially hauled in the touchdown, despite appearing to push off the covering Orlando Scandrick.

No one in sixteen years had successfully scored a two-point conversion to win a ball game with less than ten seconds to go. Thankfully, Anthony Lynn didn’t know that.

One man was left wide open in the end zone. Guess who? Mike Williams. Coming in with seven career touchdowns, the Clemson alumni finished with three touchdowns and the two point conversion.

LA players and staff alike ran onto the field in raptures. After five long years and nine straight defeats, the Chargers had finally overthrown the Chief’s kingdom in the most dramatic circumstances.