The focused and determined Virat Kohli with the bat turns into an excited and animated leader when his team are in the field. But is it helping India?

With the knowledge that India ideally wanted a score above 300 to avoid a fourth-innings chase that wasn’t out of reach, a determined and focused Virat Kohli went about building an innings of high substance.

His attitude is, “This is how it’s done, boys. Follow me”. It’s straight out of the Allan Border or Stephen Waugh captaincy manual when batting.

At times it looked as though Australia was bowling at a brick wall, such was the surety of Kohli’s defending. His driving was crisp – it was the stuff the textbook writers would have loved. It was a high-quality knock on a pitch that wasn’t a minefield but wasn’t easy either.

But once the pads come off and the Virat Kohli, the fielding captain, took to the field a completely different character came out.

Now he’s Virat Kohli the emotional leader of ten men and a billion people. It’s now Virat Kohli, the excitable, emotional and demanding skipper. But is it helping his team?

Gone is the calm steel that he possesses with bat in hand, replaced by an occasionally over-the-top dramatic captain who is just missing the subtleties that comes with having a ‘C’ next to his name.

Each wicket comes with a huge Virat celebration. Whereas you will have his supporters say that it means that much to him, there is just a calmness that comes with building up to a complete plan that is missing.

When India took the ninth wicket in Adelaide, it was met with a frustrated Kohli throwing the ball aggressively into the ground. It just looked like a captain that hasn’t got the full control of where his emotions are and without a full grasp on what is best for the team.

The captain does need to lead, but being the most animated is usually best for the guy with the big moustache and belly – and, let’s face it, Merv Hughes was 11th in line to ever be captain.

The skipper just needs to be quietly in control of the ship, not screaming from the bridge telling everyone how excited he is to see the boat heading in the right direction.

Virat the fielding captain could possibly sit back and think how Virat the batsman goes about his work.

There is nothing wrong with being excited, but there also appears to be a steeliness that is just missing at the moment as a fielding captain.

As the IPL and Sheffield Shield goes on, India have named their squads for all formats for their tour of Australia. 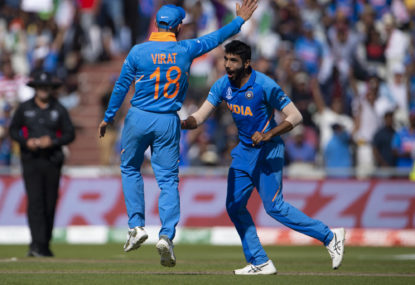 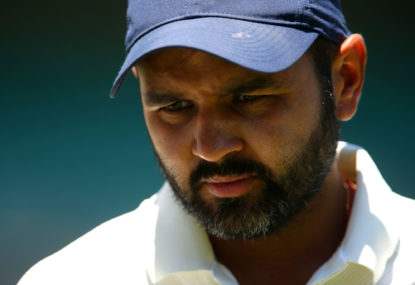