An aesthetic assessment of the A-League's new expansion teams

The license fees, attendance metrics, fan-catchment potential, financial bulk, five-year projections, and all the other yawn-inducing details of the two new expansion teams have been assessed.

Well, so we assume – the process by which these factors were reviewed remains hidden, but I’ll sidestep that particular pit of inquiry.

No, here we’ll be addressing more important matters; what will these clubs be called, what will their badges look like, and what colours will they wear?

These aesthetic concerns are, of course, critical to the future of not just these bids, but to the sensibilities of discerning A-League fans everywhere.

South-West Macarthur and Western Melbourne need to strike a fine balance; not only must their visual identities and monikers represent something inherent to the areas they will represent, they also must not simply cannibalise existing NPL – or indeed historical – clubs’ colours and names, as well as filling aesthetic gaps the A-League may already have.

Neither of these clubs need to have their nicknames actually inserted into their official names – Brisbane Roar FC might have just have easily been named Brisbane FC, with the lion mascot and Roar moniker simply represented by the badge. Besides, there is a degree of dissonance between the A-League clubs in this area. Adelaide United aren’t Adelaide Reds United, and Sydney FC don’t have Sky Blues anywhere in their official name. 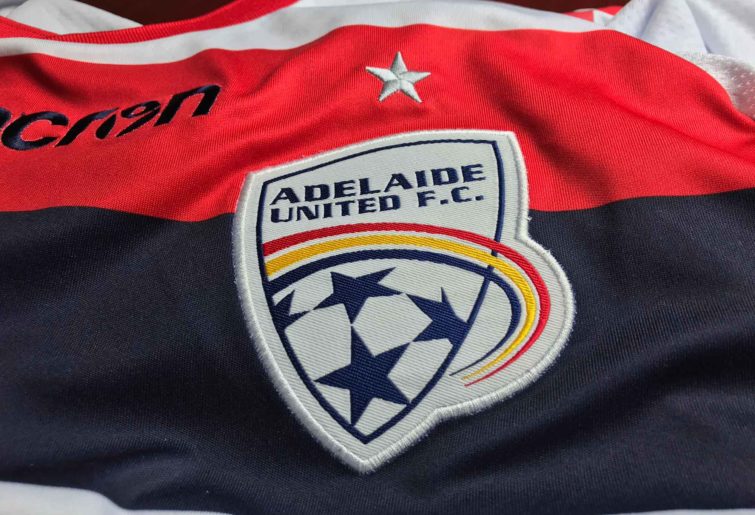 Then there are teams like the Wanderers and Victory, whose names are sort of caught between styles – no gaudy animal or object mascot, but the nickname included in the club name nevertheless.

Western Melbourne and South-West Macarthur can be named United, or FC, or Athletic, or Sporting, or whatever traditional suffix or prefix they like, and still be known as the Zebras, or Spartans, or, indeed, Unicorns.

Furthermore, the colours teams choose can help illustrate and justify their subsequent choice of mascot – the Zebras should probably play in black and white, one would think. Speaking of that classic combination, the A-League is missing a black and white team, and so the new teams might consider filling that void.

Apart from the Phoenix, we’re also short on patterns – the Mariners are playing in stripes this season, and Melbourne City have had some striped alternative kits, but nothing prescribed. How about some hoops, or checks? Maybe a sash to rival the Victory’s flying V?

But back to the names. The Macarthur Rams already exist, and so do the Southern Districts Raiders. The Rams play in maroon, and the Raiders in green, white and red.

Campbelltown Sports Stadium, future home of the new South-West Macarthur team, is five kilometres from Bull Cave, a heritage site where the Dharawal people – the Aboriginal community whose home became Campbelltown – drew a cave drawing of a bull, one of handful of cows and bulls to have escaped from a clutch brought over on the first fleet in 1788.

The escaped contingent of animals went on to establish a strong herd in the area, and their offspring proudly sported wide, pronounced horns, unlike their parents, whose horns had been sawed off.

Why not, then, a Campbelltown club with a hefty bull on its badge, playing in black and white – need I remind anyone that steer can be rather intimidating, and also come in black and white? – known as the Bulls?

Those with a more informed knowledge of the area’s history, and of football’s role in that history, will no doubt have better suggestions, but consider this a kick to get the ball rolling.

What about Western Melbourne, who will enter the league first? Well, the area has plenty of superficial tidbits from which to draw inspiration.

Tarneit is a Wathaurong word for the colour white, hinting at a possible club colour – although one that, having just suggested the other expansion team play in black and white, might make for a rather dully, duochromatic affair.

Werribee is derived from an Aboriginal word for backbone or spine – perhaps a razorback mascot?

Football has a rich history of naming clubs after relatively arbitrary things that just happen to be nearby.

Nottingham Forest first played at the Forest Recreation Ground, which is near a forest, so they called themselves Forest. River Plate are named after the British-English name for their nearby estuary, Rio de la Plata.

Werribee has a rather splendid open-range zoo, so why not name new Western Melbourne team the Western Rangers? Again, more convincing pitches than these will be submitted – and no doubt an open forum-type initiative to see what the local communities want to name their team will offer up numerous worthy options – but it’s worth remembering that not all references need to be instilled with some weighty significance.

These new clubs will inject fresh life into the A-League, regardless of how they choose to clad themselves, or by what nickname they come to be known. But image is important, especially for marketing and merchandising.

So it would be nice to have two stylish, endearing entities appear, avoiding cringe and cliche, and trying hard to resist the understandable but nonetheless irritating urge to market themselves to non-football demographics with non-football sensibilities.

Being showy might mean more passing looks are thrown your way on debut, but classic, understated elegance is evergreen.

Hey, now that you mention it, why not a green kit?