You’ve probably read somewhere over the years that esports is “the next big thing” in the sporting world.

That’s simply not true – esports already have a huge footprint in the global sporting scene. In Australia, that footprint is only going to grow further.

Whether it’s Custa (Scott Kennedy) tearing it up for the Overwatch League’s Los Angeles Valiant, or Liazz (Jay Tregillgas) carving a path as a member of CS:GO’s Renegades the pipe dream of making it big overseas is competing heavily with the traditional childhood visions of lifting the premiership cup.

Now, the ‘overseas’ portion of that wish is slowly becoming less essential.

Australia has always been a popular spot for international tournaments to visit every now and then, which somewhat offset the lack of high-profile domestic tournaments.

This year, however, has seen that missing part of the Australian esports puzzle start to get filled.

The Gfinity Elite Series, which began in June of this year, has finally married cities with existing (and some new) esports organisations.

While fans will invariably latch onto whichever team has the nicest colours, name or players, fans in Brisbane, Melbourne, Perth and Sydney who didn’t know where to start previously now have a logical entry point to esports in the form of clubs from their locale.

The first two seasons of the Elite Series were played this year, and you’d be grinning from ear to ear if you’re a Melburnian.

With three competitions taking place each season (one each in Counter-Strike, Rocket League and Street Fighter), that’s seen six trophies handed out already – not to mention oodles of prize money.

Melbourne Order – one of the Victorian capital’s two teams – have snatched five of them.

But that’s not to say it hasn’t been an interesting ride for the rest of the competition.

Melbourne Avant have developed quite the fierce rivalry with their crosstown competitors – especially in Street Fighter. The two teams played out a memorable Rocket League derby in Season 1’s grand final, after Avant completed arguably the biggest upset of 2018 – in any sport – against the Sydney Chiefs.

Those Chiefs grabbed some silverware of their own with a Rocket League championship win – with that match also being a derby between Sydney’s two Elite Series clubs.

While the Chiefs have long been the yardstick of Australian esports, their plucky rivals in the Sydney Roar have been a thorn in their side across both seasons as well.

In Counter-Strike, the Roar shocked the esports world with a crushing 16-2 win on the first day of the competition, while it was a decisive 3-0 victory in the final week of this season’s Rocket League tourney that saw the animosity between the sides turned up another notch. 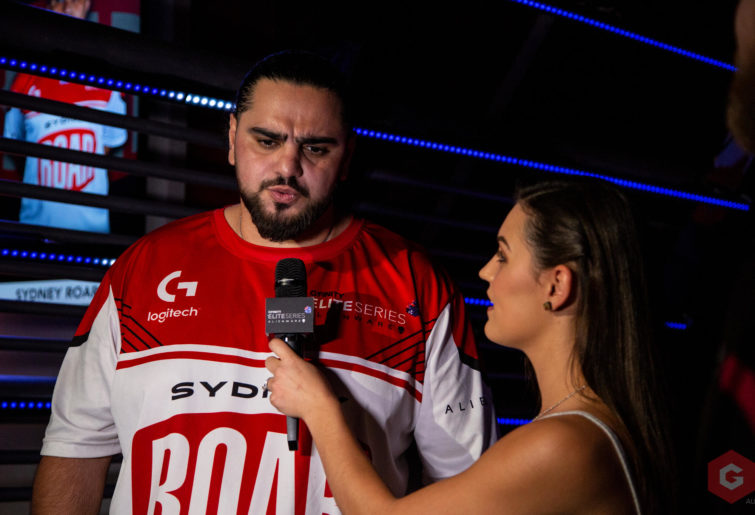 topguN (Azad Orami) is one of the most recognisable faces at the Elite Series. (Photo: Gfinity Australia)

Perth have adopted the ‘west versus the rest’ mantra most of WA’s sporting teams swear by. They’ve been desperately unlucky not to pick up a trophy so far, but they’ve been a consistent performer all year.

Brisbane, on the other hand, have had success largely elude them, but have found themselves easily the most widely-supported team.

The competition may still be young (as is the Australian esports team itself) but, in such a short time, these city-based clubs have already forged strong identities for themselves.

You simply can’t grow a sport unless the teams have character – just look at the utter disdain AFLX is being treated to with the reveal of soulless ‘superhero’ clubs.

With Australian esports teams now feeling more tangible than they ever have, just watch for the fanbase to grow and grow.

The other big development this year has been the construction of Australia’s first-ever dedicated esports venue – with room for a live audience.

One knock on esports – which is questionably informed to begin with – is the notion that it’s just ‘nerds with keyboards’ performing mundane tasks to a virtual crowd.

While nobody invested in such infrastructure with the intention of defeating that wishy-washy ideology, there’s no denying it gives the esports scene an air of legitimacy it’s been lacking.

But the days of tournaments having to be hastily organised in makeshift venues like university classrooms or community halls could quickly be coming to an end.

You may not ever come around on the idea of people getting paid to play video games professionally – and you don’t have to.

But you can’t deny that, with dedicated venues springing up around the country and teams now being anchored to specific locations, the esports phenomenon is only going to be a bigger part of our sporting scene.

This week’s matches in the Gfinity Elite Series were bookended with upsets which have actually shaken up the roster for the semifinals quite a bit. 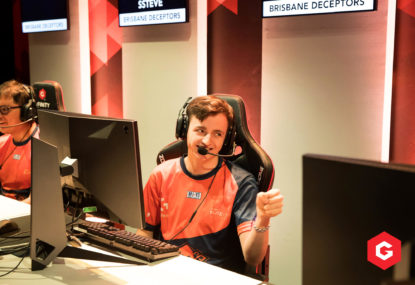 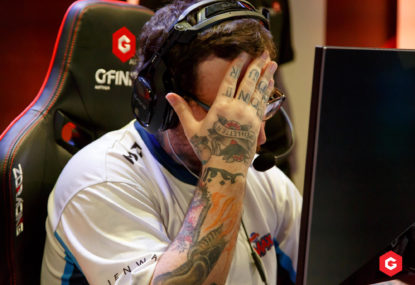 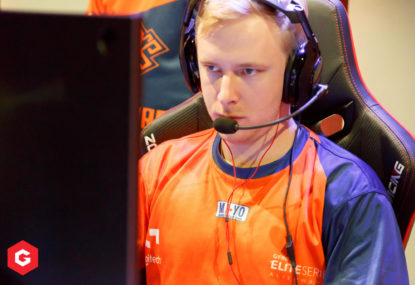