Don’t blame the NRL for your club’s bad deeds

Here was I, thinking I could just unwind and ease into holidays, when NRL chief executive officer Todd Greenberg takes a Christmas-wrapped baseball bat to both the Sharks and Tigers.

Wests Tigers CEO Justin Pascoe is fighting for his career, deregistered by the NRL after not disclosing an agreement to pay Robbie Farah as a club ambassador when he retired. Pascoe couldn’t argue it away as a simple oversight.

A fair bit of the circumstance around this didn’t make sense. According to the Tigers, Farah was such a ‘destabilising influence’ on the club that they had to get rid of him.

Yet as they punted him, they snuck a note in his back pocket offering him $639,000 – yes $639,000 – over four years to be a club ambassador, a role which as far as I know involves shaking hands with members and hosting boozed corporate types in the matchday dining suites.

Farah would have been insane to knock that back and it has to be stressed that he’s done nothing wrong here.

The club being mad enough to make that offer to a player who was leaving without doing their proper administrative diligence is what’s in question.

All they had to do was notify the NRL about the agreement and include it in their salary cap.

“The game’s rules are very, very clear on these arrangements,” Greenberg said when announcing Pascoe’s penalty.

“The club then compounded its conduct by submitting a misleading application to the NRL in relation to the salary cap treatment of money paid to Robbie when he left the club.”

Wests Tigers have come out fighting and Pascoe has until the end of January to respond. We’ll see how effective they are at putting their case. It would want to be a lot more impressive than what they’ve been offering up so far. 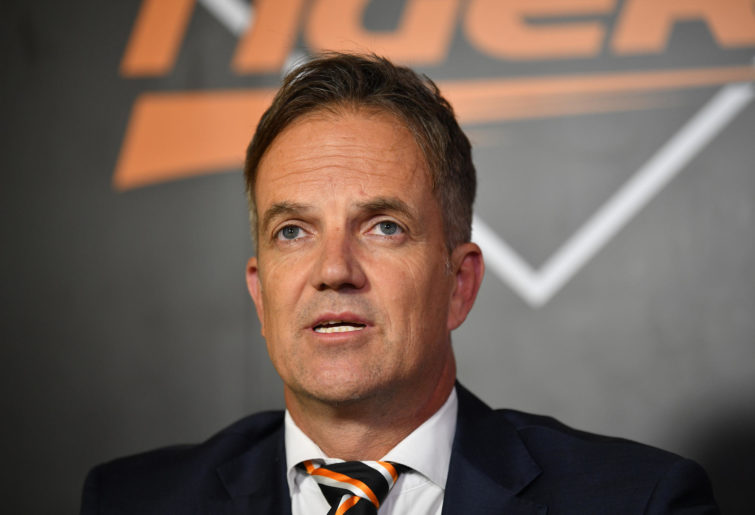 As for Shane Flanagan, he’s been deregistered for contacting Cronulla while he was suspended in 2014, making decisions about player recruitment and retention. These decisions resulted in a premiership to the club two years later.

With this latest development and possible salary cap investigation outcomes in the pipeline, that premiership is now looking a little dusty. Not quite dirty right now, just a little dusty.

To continually ignore the conditions of Flanagan’s suspension, even when as Greenberg outlined “that message was reinforced a number of times to the club” is to once again spit in the eye of rugby league and everyone involved in it.

If you’re going to take the piss and show such blatant disrespect to the game like Cronulla did, more than once, you’re not entitled to complain about your treatment when you get busted.

CEO Barry Russell said the Sharks will appeal the severity of the fine but rather tellingly they’ve left Flanagan to fend for himself.

The catastrophists among us say this $800,000 fine, half of which comes from a suspended 2014 penalty from the club’s supplements debacle, could ruin the Sharks. It’s unlikely things would go that far but they’re already on shaky financial ground and are frantically racing around for sponsorships, a horrendous task for their situation.

If the Sharks do go out of business, so be it. But it won’t be the NRL’s fault. It will be a fate entirely of their own creation.

Supporters of both clubs are already on the front foot complaining that Greenberg and the NRL are out to get them, that the punishments are disproportionate and that there’s no consistency in how rules are applied.

As we tend to do in rugby league circles, the blame is being sprayed everywhere except where it belongs. We’re good like that.

But these are two fairly cut and dried cases (pending appeals of course) and if fans are angry at anyone, it should be at their own administrators – and Flanagan, in Cronulla’s case.

Cronulla and Wests Tigers broke the rules. They’ve stuffed their own preparations for 2019. If you’re angry about that, take it out on them.

In the end, what are we to make of all this? Do we finally have a strong, take-no-prisoners NRL leadership, fed up with all the bullshit and ready to clean house no matter who transgresses?

God I hope so. But I’ll reserve my judgement until I see what happens to the five players accused of inappropriate behaviour towards women this offseason.

That will show how serious the NRL is about taking a stand against those who keep dragging rugby league into the mud.