The NRL needs a page-one rewrite on player behaviour

Remember when you were at school, how the kids who were good at sport were treated exactly the same as everyone else?

How ‘I had training’ was no excuse for not finishing homework?

How academic excellence was more important than extra-curricular activities – a rule that totally applied to them?

How if they bullied or picked on other kids, they were swiftly pulled back into line?

Yeah, that’s just not the world we live in – certainly not the country.

Now, I’m not saying all kids who are good at sport are spoiled punks who coast through life, relying on their athletic talent to get them out of any problems they come across.

But in Australia, if you’re good at sport, life tends to be pretty sweet.

And if you’re really good at sport, you’re going to have a different life to most other people – and it’ll start at a young age.

I’m not denying Jarryd Hayne had a tough upbringing in Sydney’s west, but the part in this rags-to-riches tale when his luck changes is rugby league mega-agent Wayne Beavis signing him at age 16.

Johnathan Thurston’s been doing the rounds this year promoting his book, talking about how he kept getting knocked by NRL clubs as a youngster because he was too small and skinny.

Except he was signed by the South Queensland Crushers as a 12-year-old, made his first-grade debut for the Bulldogs as a teenager and won a premiership at 21.

The papers love to trot out the old tale of how Billy Slater was a trackwork jockey for Gai Waterhouse – another member of the ‘too small’ brigade.

But he too played first-grade as a teenager, and Origin as a 20-year-old. Not for nothing either, but the ‘too small’ line gets a bit grating considering Billy is the same height and weight as Andrew Johns, who was never singled out for being little during his playing career (Billy just sounds small with his mad jockey voice).

My point is that when we hear ‘hard luck’ stories about elite athletes’ younger years on the field, they’re told from a warped perspective.

Obviously, three Dally M Medal winners isn’t a fair representation of the 500 or so blokes registered to play NRL, but even the guys we could reasonably term as in the 490-500 bracket would have been among the most talented athletes in their neighbourhood growing up.

Because if you’re paid hundreds of thousands of dollars a year to play footy, you were never bad at sport. Sure, you might have got better after a growth spurt, but no one goes from clueless unco to first grader. Or reserve grader. Or even Harold Matthews Cup player.

If you’re even remotely on the path to being a paid footy player, you’re good at sport.

And that means receiving the aforementioned very different treatment – both at school and by society in general.

Obviously getting to the top is a war of attrition, and more fall by the wayside than make it, but that means the guys who play NRL have spent their entire life in the bubble afforded to those who are extremely good at sport.

A bubble of hearing ‘yes’ more than no, of spending the majority of your working life surrounded predominantly by other young men, and of being paid a comparatively lucrative wage.

Last week, Andrew Webster wrote about how Jack de Belin was “so broke he lived on two cans of baked beans for the week while chasing a contract with the Dragons”. 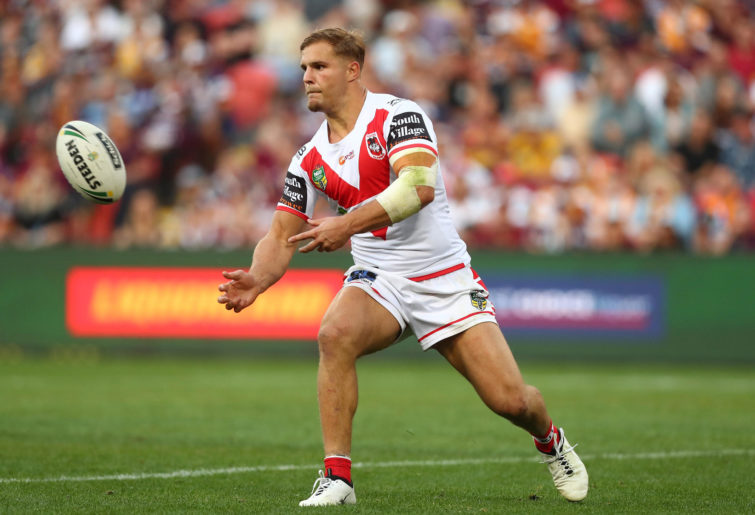 Touching stuff, except he’s been playing first grade since he was 20 years old, at a time when that meant he was guaranteed a salary of $55,000 a year.

And I’m hardly alone on that count.

So what’s all this driving at?

On the back of five NRL players being charged with assaulting women in recent weeks, there have been two major misconceptions getting air-time, and I’m sick of hearing them.

No, the NRL can’t watch players all the time, and there are always going to be a few bad eggs. I get that.

And of course there needs to be an element of personal responsibility.

But while we as a country need to improve our attitudes towards women, the NRL is not a microcosm of society – it doesn’t even bare a passing resemblance to life as a whole in Australia.

It’s hundreds of young men who have been told since childhood that they are special because of their sporting prowess, and that has been completely vindicated by the fact they now they make a great deal of money from said talents.

Now, that doesn’t necessitate that every pro athlete is a dick, but if someone was a complete jerk as a child, do you think a lifetime of people telling them they’re awesome – rather than to pull their head in – is going to make them a better person?

And with 500 young men on the NRL’s books – in first grade, to say nothing of the thousands of others who are part of the system – the maths insists there are going to be some jerks. Because getting paid hundreds of thousands of dollars a year and being cheered on by tens of thousands of people every week is not going to make you less of a tosser if you already are one.

Which is why the NRL has to spend significant funds every year on player welfare and development. 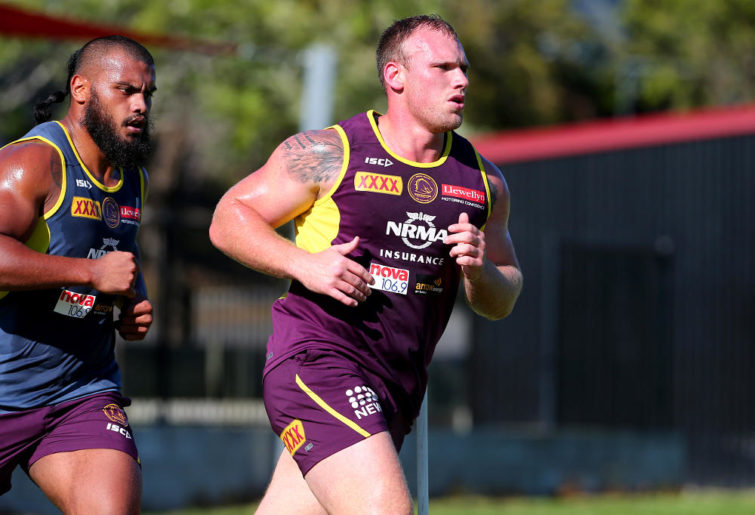 Matt Lodge’s return to the NRL is rather controversial. (AAP Image/David Clark)

And that brings me to the second lie that needs to be dispelled.

Just because the NRL spends millions a year on teaching players not to be a wanker, doesn’t mean the game is doing enough.

Let me put it in terms footy players can understand.

Well, in recent weeks, five players have been charged with assaulting women. Chuck in the fiasco that was the Bulldogs’ Mad Monday antics – nowhere near the same ballpark as assault, but the agreed upon facts in that case suggest some players did not digest any information put forward in all the ‘don’t be a dickhead, especially in public’ courses the NRL make compulsory – and what would you call that?

I hope the NRL would call that possibly their worst ever effort.

And after you’ve turned in your worst ever performance, what organisation says “It’s fine, we’ll just keep doing the same thing we’ve always done – it was the fault of the individuals”?

That’s like losing 50-0 and reaching the conclusion it was only down to the efforts of players who missed tackles that led directly to tries, rather than a failing of the entire group – including the coaches.

It’s clear that either the NRL isn’t doing enough or that their systems to teach players not to behave like pieces of shit are inadequate.

Doesn’t matter that the majority are probably decent blokes – this is a herd of buffalo, which can only move as fast as its slowest member. And obviously some NRL players haven’t even progressed to crawling pace.

To be fair, on Tuesday the NRL announced “an audit would be undertaken of the steps currently taken by club leaders to combat violence against women to ensure they are adequate”.

I’ll save you a bit of time guys: it’s not adequate. The whole system is in need of desperate attention.

But then, that’s true of our nation as a whole. And while it’s hardly the silver bullet, one thing we can do is get better at telling people who are good at sport – whether they’re first graders or just kids – that while it’s nice they have a talent, the rules still apply to them.

All the rules. Especially the ones about treating other people with respect and dignity.