Virat Kohli is not the first Indian or Asian cricketer to perfect the art of a well-delivered sledge on an Australian tour.

There have been many subcontinental cricketers before him who have never been shy of a clever jab at the Aussies or any other cricketing nation for that matter. Here are some of my favourites.

Javed Miandad (Pakistan)
The pugnacious Pakistani batting legend was always up for a fight with the Aussies, be it verbal or even at times, quite physical.

He once lunged at Dennis Lillee with his bat raised like a javelin thrower, as the legendary fast bowler held his fists up in retaliation. The umpires later defused the heated confrontation, but there was no denying that it was an ugly scene which greatly marred the high-quality cricket played in that 1981 series.

However it was Merv Hughes’s sharp and witty retort in another aggressive encounter with Miandad that deserves a most honourable mention here.

As the pair argued on field, Miandad was heard calling him a ‘fat bus conductor.’ Hughes later dismissed Miandad, and as the Pakistani legend trudged off the ground Hughes delivered the perfect send-off, running past him yelling ‘tickets please!’ Safe to say, Miandad was definitely not boarding that bus anytime soon.

Arjuna Ranatunga (Sri Lanka)
There’s no denying that if there was ever one cricketer that loved to get under the Australians’ skin on the field, it would have to be Sri Lanka’s portly cricket captain Arjuna Ranatunga.

Aussie cricket fans of the baby boomer generation will no doubt remember the constant jibes between Ranatunga and Shane Warne during the mid-90s to early 2000s. Interestingly enough, Ranatunga’s best sledge to the Australian spin king came after he had actually bowed out from his stellar career.

The year is 2004 and Ranatunga, three years into retirement from international cricket, was now heavily involved in developing the island nation’s next generation of superstar cricketers.

As the Australians touched down in Colombo for a full series against Sri Lanka, their tour also happened to coincide with Warne’s return to international cricket, following a 12-month suspension due to him consuming a banned performance-enhancing drug.

Warne delivered the first blow to the Melbourne press, commenting on the Sri Lanka captain’s unprecedented weight gain, claiming that ‘He’s [Ranatunga] probably weighing in at around 150 kilos at the moment. He must have swallowed a sheep or something.’

Ranatunga was certainly not one to back down, and in clear reference to Warne’s 12-month ban, smartly remarked ‘Well it’s better to swallow a sheep than to swallow what he has been swallowing.’ Perhaps Warne would have benefited from keeping his mouth shut on this occasion!

Kumar Sangakkara (Sri Lanka)
A lawyer by background, Sri Lanka’s champion wicket-keeper batsman was never afraid of a few smart and witty quips behind the stumps, given his fluency with English.

One of Sangakkara’s best sledges would have to be during the 2003 World Cup, when Sri Lanka was playing South Africa in a Super Six match.

Shaun Pollock was at the crease, and the Proteas required 120 runs to win with only five wickets in hand. Realising the surmounting the pressure of the situation, Sangakkara decided to let the South African captain know exactly what was going down. 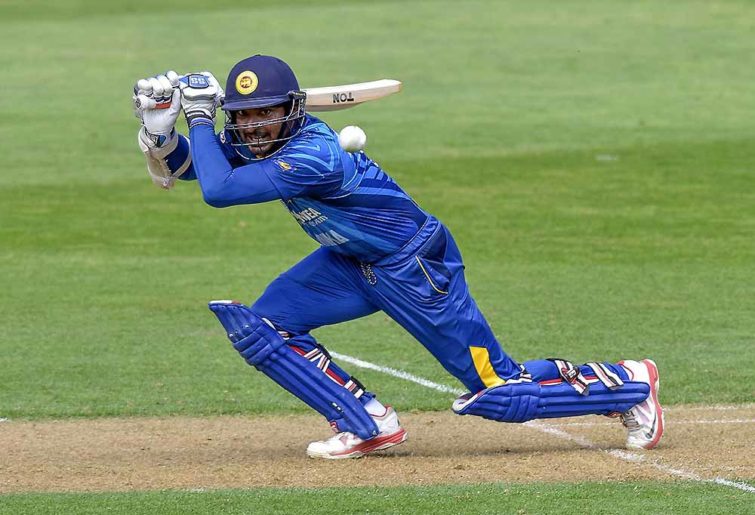 ‘Tons pressure on the skipper hey?’ chirped the Sri Lankan legend. ‘Ah man the weight of all these expectations fellas! Twenty three million supporters, all depending on Shaun!’

Pollock wasn’t having a bar of it, and so did the weather. In the end, rain had the final say, the match was declared a tie, and Sri Lanka waltzed into the semi-final. The weight of all those expectations would have to wait for another chance in four years.

Kumar Sangakkara (Sri Lanka) … again!
The smart alec wicket-keeper makes another appearance, this time in a sledge aimed towards Sri Lanka’s giant neighbour to the north. It was around this time that controversial Indian spinner Harbhajan Singh was gaining significant attention for his bowling action, which some had deemed as illegal and that he was indeed ‘chucking.’

Although the ICC had later cleared him of throwing, Sangakkara decided to give Harbhajan a friendly reminder as he arrived at the crease wearing a short sleeve shirt.

“You look great in those short sleeves,” quipped Sangakkara, “why don’t you wear them when you bowl too?” irritating Harbhajan to no end. The Indian spinner certainly became a much stricter adherent to the long sleeved fraternity after that!

Ravi Shastri (India)
It was during India’s 1991-92 Test tour of Australia, a series that gave the world the first true glimpse of the phenomenon that would be Sachin Tendulkar, that another bout of sledging brilliance was witnessed.

Ravi Shastri was batting in the Boxing day Test and drove straight to the twelfth man Mike Whitney, who picked up the ball aggressively to stop a quick single. Whitney, noticing Shastri’s eagerness to get off strike, came back at him shouting “if you leave your crease again I will break your f***ing head!”

Shastri was unmoved, and calmly replied “hey maybe if you batted or bowled as well as you talk, maybe you wouldn’t be f***ing twelfth man!” Enough said. 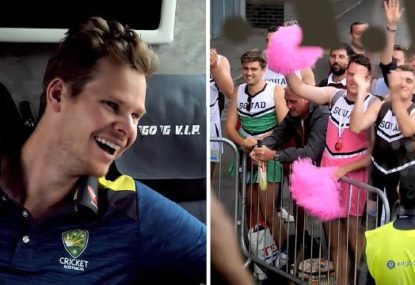