2018 was another epic year for the UFC and with the exception of Connor McGregor and his antics, the 25th year of the Ultimate Fighting Championship probably couldn’t have gone better for the Mixed Martial Arts promotion.

The year started off with a bang at UFC 220 with the Heavyweight and Light-Heavyweight titles featuring on the same fight card for the first time in UFC history. Heavyweight champ Miocic Stipe made UFC history by becoming the first man to defend the title three times and put a huge extinguisher on the burning fire that was Francis Ngannou.

In April at UFC 223 in New York all fights were overshadowed by Connor McGregor antics before the event where he through a trolley at the bus carrying several fighters and some family members, causing injury to several people on the bus.

McGregor was arrested for his actions and serve a suspension while staring a war with lightweight champion Khabib Nurmagomedov. This would end in a battle at UFC 229 where Khabib defeated McGregor via choke out where a huge post fight brawl erupted between both camps putting a black eye on what was a successful night.

Penalties for the pair are still awaiting to be handed down. 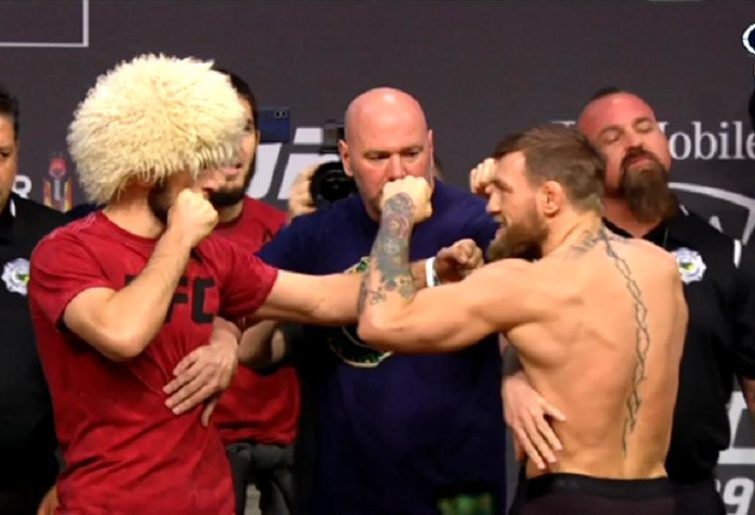 Romero would not make the 185lbs weight limit for the fight but that didn’t stop the fight from being what most would declare the fight of the year.

A tic for tac back and forth slugfest that no one could of predicted. The evening also saw the return of WWE wrestler CM Punk who embarrassed himself in what was the worst fight of the year. Hopefully he doesn’t return in 2019.

The surprise of the year was at UFC 227 where Demetrious ‘Mighty Mouse’ Johnson lost his Flyweight title in a split decision to Henry Cejudo. Johnson who held the longest defence streak of any UFC fighter of twelve has certainly set the bar for future champions.

Cejudo is to defend his title next year when he fights Bantamweight champion TJ Dillashaw whom is cutting down to the flyweight limit in 2019.

UFC 231 Featherweight champion Max Holloway defeated challenger Brian Ortega in what was the gutsiest performance I have seen in a UFC fight.

In a Rocky Balboa performance Ortega took incredible punishment as Holloway continued to fight toe to toe with the challenger and he just kept coming after the champion.

Mercifully the fight was stopped by the doctor at the end of the fourth round to safe Ortega from possible further injury. Holloway cemented his place as the best Featherweight in the history of the UFC and many are wondering who can beat the champ.

Women’s Bantamweight champ Amanda Nunes finished the year with a huge bang in her 56 second annihilation of Women’s Featherweight champ Cris Cyborg at UFC 232. Nunes is the first duel women’s champion in the history of the UFC. Jon Jones also made a successful return regaining the Light-Heavyweight title.

UFC 250: Will Amanda Nunes cement herself as the greatest female fighter of all-time?

UFC 250: Will Amanda Nunes cement herself as the greatest female fighter of all-time?