Every team goes into any major tournament with aspirations of winning, but there are those teams for which that isn’t a realistic possibility.

But even the experience of competing at the Asian Cup and competing against the best teams in Asia will hold them in good stead going forward, especially with qualifying for Qatar 2022 due to begin later this year.

We take a look at the minnows, and we mean that in a respectful way, and look at whether any are capable of causing an upset.

India
Under Stephen Constantine, India have been rapidly improving over the last few years, but that improvement has stagnated a little over the last 12 months and there is now an undeniable appetite for change, which will most likely come after the Asian Cup when Constantine’s contract ends.

The last six months have seen an ugly internal spat develop between some of the senior players, reportedly led by star striker Sunil Chhetri, and the coach, with Chhetri reportedly approaching the All India Football Federation asking for Constantine’s removal. That, in turn, led to Constantine stripping Chhetri of the captaincy, a move that sparked great outrage in India.

They will find it difficult in Group A, although it could’ve been far worse, and if they can defeat Bahrain in the final group game they could sneak into one of the best third-place positions, but that is a long shot.

Palestine
The feel-good story from 2015, this is a vastly improved Palestinian side than the one that came to Australia just happy to be there.

The Palestinian diaspora has been fully tapped into, and players such as Yashir Islame (a former Chilean youth international) and Nazmi Albadawi (from new MLS side FC Cincinnati) add an extra touch of quality to the midfield.

More pleasing is the emergence of Mahmoud Wadi and Oday Dabbagh, two young attacking talents that should cause plenty of headaches for the Australia, Jordan and Syria.

A group stage exit is still likely, but they shouldn’t be the pushovers they were in 2015. 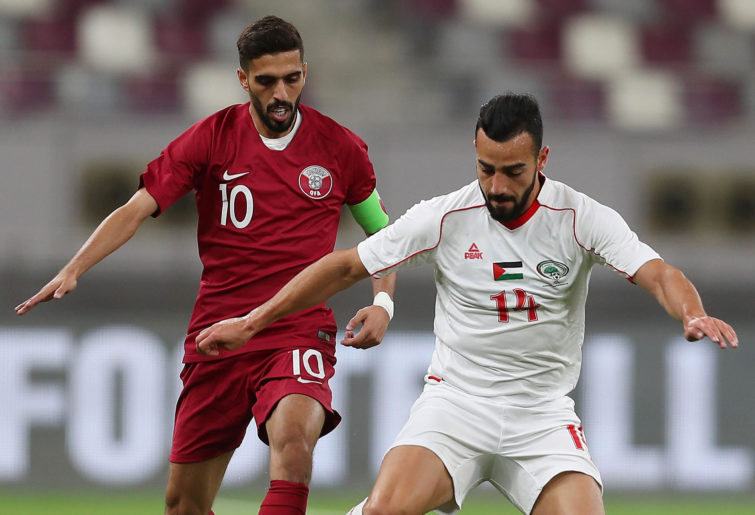 Kyrgyz Republic
The Central Asian nation are one of the beneficiaries of the expanded 24-team format, making their first appearance at the Asian Cup.

Few people will know much about the side ranked higher than Qatar, Uzbekistan, Thailand and DPR Korea in the FIFA rankings, but they shouldn’t be underestimated. Those with long memories will remember the trouble they caused Australia in the Socceroos’ first World Cup qualifier on the road to Russia in Bishkek in 2015.

Defensively sound, they caught Australia on the break numerous times and with a little more composure in the final third, they may have stolen something from that game.

The team is made up largely of players from domestic club Dordoi, who just happen to be coached by the same man as the national team, Aleksandr Krestinin. That familiarity between player and coach will be important and don’t be surprised to see them defeat the Philippines and push China all the way. 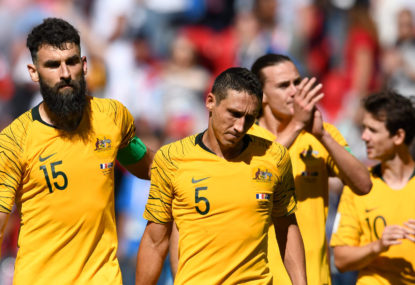 Yemen
Like the Kyrgyz Republic, this is Yemen’s first appearance at the Asian Cup and given the ongoing conflict destroying the country, they are one of the feel-good stories of this tournament.

They will be hurt by the recent decision by Abraham Mebratu to leave his post to coach his native Ethiopia, with Jan Kocian taking over in October with precious little time to prepare the team for the tournament.

Narrow losses against the UAE and Saudi Arabia in November, and again against Syria last week, gave hope that they will be able to compete, but wins have been few and far between and they were able to qualify for the Asian Cup on the back of four straight draws against Nepal, the Philippines (twice) and Tajikistan.

DPR Korea
Given they made the World Cup just eight years ago, it seems a little harsh to describe DPR Korea as a minnow. That is until you look at their Asian Cup record.

They’ve only qualified for the tournament three times (not including 2019) since 1980 and not managed a win at any of those tournaments, with two draws and seven losses. And so it is that they come into this year’s tournament with such little expectation.

But one man, well boy almost, promises to catch the eye – 20-year-old Han Kwang-Song. On the books of Italian side Cagliari, he has spent the past few seasons on loan with Perugia and has reportedly attracted interest from bigger clubs from across Italy.

With Jong Il-Gwan and Pak Kwang-Ryong, two players also based in Europe, it is an exciting attacking line-up the North Korean possess. Will 2019 be the year they finally break their Asian Cup drought?

Turkmenistan
The Central Asian nation have only appeared at one previous tournament, back in 2004, when they surprised Saudi Arabia in the opening game with a last-minute goal earning a 2-2 draw.

They share similarities with their central Asian counterparts Kyrgyz Republic, in that their side is almost wholly based around one domestic team (Altyn Asyr), whose coach also coaches the national team – Ýazguly Hojageldyýew.

With Altyn Asyr making the final of the AFC Cup in 2018, there is the basis of a strong team for Hojageldyýew to work with. Keep an eye out for 25-year-old striker Altymyrat Annadurdyýew, who impressed during Altyn Asyr’s AFC Cup campaign with eight goals, while he was also his country’s leading goal scorer in the final round of qualifying with three in six games.

The rest
Of course there are other teams as well. Bahrain’s lead-up form has been impressive, with three straight wins against Tajikistan, Lebanon and DPR Korea. Most pleasingly for Miroslav Soukup, they’ve scored ten goals in those three matches

Jordan possess the talent and potential to upset teams in Group B, and look out for young winger Musa Al-Tamari.

It feels odd to list China as a minnow, but given their history it’s hard to categorise them as anything else, as they’re certainly not a contender and nor do I see them as a dark horse. Marcello Lippi has failed in his task to make them competitive against Asia’s best and with the oldest squad at the tournament, it’s hard to see anything other than another early exit.

Sven-Goran Eriksson is now in charge of the Philippines, who are coming off the back of another relatively successful AFF Suzuki Cup campaign.

Lebanon were Asia’s most in-form team not that long ago, but results of late have been hard to come by, but they’ll enjoy a mountain of support in the UAE and much will depend on their final match against DPR Korea.

Finally, Oman ended 2018 on a sour note with an abject performance against Australia. But otherwise 2018 was a successful one for Pim Verbeek’s side, going undefeated and winning the Gulf Cup in January. They’ll need a vastly improved showing than what they put out against Australia, however.