Veterans Nathan Lyon, Usman Khawaja and Peter Siddle have surged into contention for the ODI World Cup in June after being shock selections in a new-look Australian one-day squad for the upcoming series against India.

Despite each having had lengthy and successful Test careers, Lyon, Khawaja and Siddle have been all but ignored for ODI selection during their careers.

Siddle’s last ODI was nine years ago, Khawaja hasn’t played a one dayer in nearly two years, and Lyon has played only two ODIs in the past two-and-a-half years.

None of that trio had appeared to be in Australia’s planning for the World Cup but suddenly they have a chance to push their case in the three-match series against India which starts next Saturday.

The inclusion of Siddle in Australia’s 14-man squad for this series was particularly left-field. Even at his peak as a Test player, from 2009 to 2013, Siddle was pigeonholed as a red ball bowler, yet now at 34 years old he is in the frame to help Australia defend the World Cup.

It is an extraordinary selection when you consider Siddle’s List A record across the past 10 years – 37 wickets at 39. Clearly Siddle has not been picked on his 50-over form, and he did not even play in the recent domestic One Day Cup.

The only explanation is that he earned his spot on the back of a very good Big Bash League last summer, when he took 11 wickets at 20, with an outstanding economy rate of 5.94 runs per over.

Siddle’s inclusion was allowed by the absence of Test quicks Mitchell Starc, Josh Hazlewood and Pat Cummins. That trio arguably form Australia’s best ODI pace attack but in are need of rest after a taxing Test series. 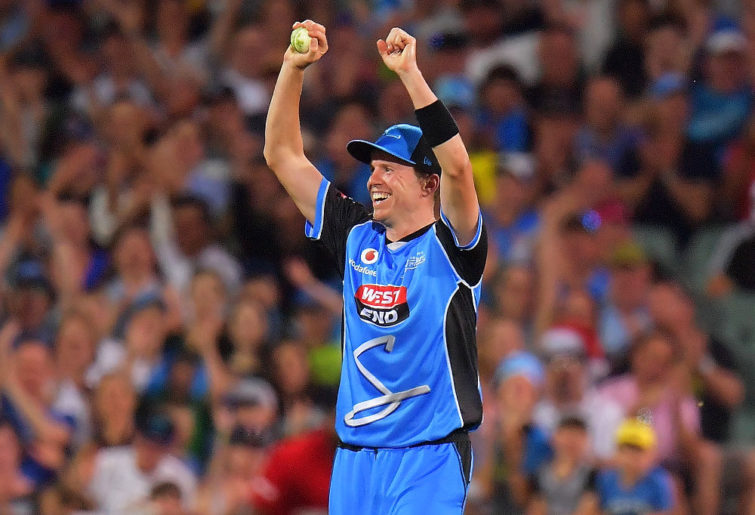 If fit, Starc, Hazlewood and Cummins are certain to be included in Australia’s World Cup squad. That leaves another two or perhaps three spots for other quicks. Siddle will be competing with the likes of Jhye Richardson, Billy Stanlake and Jason Behrendorff, who also were named to play against India.

Richardson and Stanlake have made frequent appearances for Australia in white ball cricket over the past year, but the hugely-talented Behrendorff has been limited to just five T20Is in his career.

A natural swing bowler who can top 140kmh, the left-armer has long looked capable of flourishing in all three formats at international level, but has been held back by injuries.

There are no such health concerns for the durable Lyon, who has come of age as a Test spinner in the past year and now has a chance to finally become a regular ODI cricketer.

With Australia likely to stick stubbornly to their pace-heavy approach for the World Cup, Lyon is probably competing with leggie Adam Zampa for one spot.

Lyon was included to play India ahead of left arm finger spinner Ashton Agar. The young West Australia was economical in the five ODIs he played last year, and added to Australia’s batting depth, but did not pose a wicket-taking threat.

White ball cricket is now dominated by spinners, although they tend to be wrist spinners and finger spinners who possess a bag of tricks. Lyon, by comparison, is an old-school off spinner with minimal variation who instead trades on his experience, control, sharp dip and leaping bounce.

Khawaja, meanwhile, also does not quite fit the mould of a modern white ball cricketer. The left hander has a more classical approach to batting than the sluggers now in vogue in limited overs international.

But the reason Khawaja has been recalled is likely because of Australia’s failed attempt at fielding an ODI batting lineup laden with bashers over the past nine months.

The likes of Chris Lynn and D’Arcy Short did not prosper in ODIs and so Australia have gone for more traditional batsman in Khawaja and Peter Handscomb for the series against India.

More so than Lyon or Siddle, Khawaja has been terribly unlucky not to have played a lot more ODIs. The 32-year-old has an incredible record in domestic one day cricket, with 2,246 runs at 55, including seven tons from 42 matches.

He looks likely to open the batting with ODI captain Aaron Finch.