Sometimes watching the Socceroos is like licking an ashtray

As a certain neurotic man with the surname of Costanza once said, “George is getting upset!”

Thus was my mood on Sunday night as I watched the Socceroos beat their heads against the mercilessly resilient wall that was the Jordanian defence.

Throw in déjà vu, ‘here we go again’ and #ArnoldOut and the myriad emotions experienced by Australian football fans were captured in just a few short phrases.

In all honesty, I struggled to sleep after the match, with Socceroo inadequacies once again exposed in the 1-0 loss to a side that appears to be fast becoming our Arabian nemesis.

Most disturbing of all was the unique opportunity presented to the squad on the eve of the tournament.

Let’s face it, the Wallabies appear to have lost all hope and the support of many of its most loyal and passionate people. Moreover, the Australian cricket team was on the verge of a series loss to the Indians in Sydney, after another humiliating episode of dodgy selections and inept play.

Throw in an ailing Big Bash League – with crowds down a whopping 28 per cent on average since the heady days of 2016-17 – and football had the chance to emblazon itself on the front page of the Monday morning tabloids, with a glorious and commanding victory to open their Asian Cup defence.

Instead, the talk of a ‘suffocating’ performance, where a frantic press in the front third would lead to defensive errors and Socceroo goals, never eventuated. Rather, what unfolded was a nightmare and a visual spectacle that was about as enjoyable as major dental work.

The entire two hours was Groundhog Day, without any of Bill Murray’s humour, and the theatre would have been well and truly empty had this feature played at cinemas.

In a somewhat macabre way, it was exactly what a mighty lot of people wanted. A decent number of Australian fans see Graham Arnold as tactically void, Sydney biased and destined to fail, just as he has done before.

Social media was salivating at another vacuous performance from Australian football’s most maligned player, Robbie Kruse, while Tom Rogic’s poor game was leapt upon with glee.

Josh Risdon took some heat, especially after Rhyan Grant made a difference in the second half, as did Milos Degenek, who turned the ball over recklessly in a couple of key exchanges. The defensive set up that allowed Jordan’s goal was criticised and perhaps only Awer Mabil avoided definitive criticism after a game of which he can be proud.

It opened a gaping hole for the nay-sayers to walk through and lay mountains of “I told you so” and “2007 all over again” on Arnold. Reading their words and sentiments, it appeared they loved every minute of it. 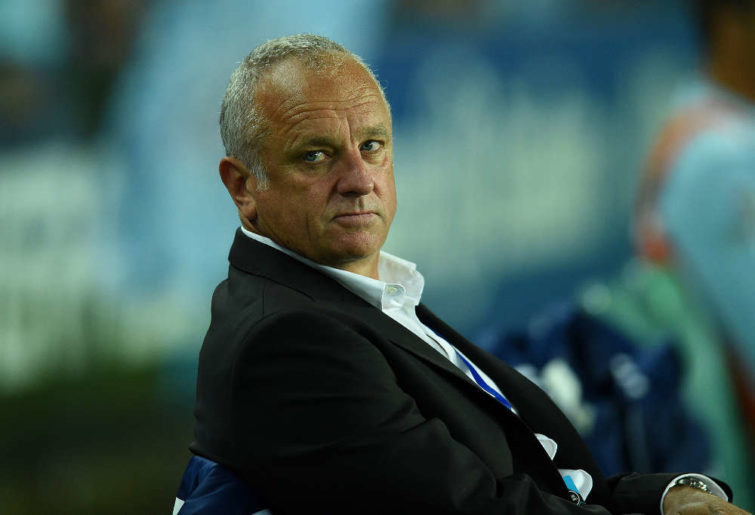 And that is to what Australia awoke, on what could have been a comfortable Monday morning with a winning national football team. Set against the backdrop of India’s domination at the SCG and a baggy green struggling for dignity after the events of last March, football should have pounced.

With rugby union administratively dysfunctional, competitively lost and the other winter codes in recess, the cards were dealt, the chips stacked high and football stood a chance to go ‘all in’ and finally win a hand.

Instead, the Socceroos started poorly, dispassionately and – by falling behind early – created the very scenario in which they have struggled for what now seems an eternity.

As I sat down to write this piece, it occurred to me that the notion of shooting oneself in the foot, a line I have used before in regards to Australian football, may well have been apt on Sunday night.

Far from death-knelling Jordanian chances and along with the realisation that the potentially toughest challenge of the group stage is yet to come against Syria, the Socceroos should navigate this group.

Any suggestions that the task would be easy are naïve and ill-informed, however, Australia’s internationally based squad and the experience they have on the world’s biggest footballing stages must and should count for something.

Perhaps the squad will recover over the course of the next week and move into the nitty-gritty phase of knockout football. I’ll be up late, cheering them on, although the Socceroos played like a scared child swimming in a pool with floaties on. If they fail to summon the courage to break from that approach against Syria, they will suffer another disappointing defeat.

The day that I see the Socceroos prepared to play free spiritedly, knowing that continued attack is the best method to place and keep a foot on the throat of the opposition, is the day I will care less about the result than the style.

It was the constant battle that former manager Ange Postecoglou fought with a certain measure of success; attempting to build a team that felt it belonged and believed in itself.

Right now, the Socceroos look apprehensive and play apprehensively. A team ranked 109th in the world didn’t on Sunday night and that is a real problem for Graham Arnold.