If these things happen at the 2019 Australian Open, tennis will be the real winner

Grand slams have it all. The biggest names all playing in the same tournament. The drama of great match-ups. The endurance of fronting up every second day for two weeks. Days and days of awkward post-match interviews.

The Australian Open has a special vibe of unpredictability. The in-form players of the previous year are put on ice for a few weeks and then have to see if they can pull it together again. This need for discipline and consistency could be why this tournament hasn’t produced a winner outside the usual suspects in the Men’s draw for over a decade.

Trading grand slams between three or four guys can be great to watch, but it isn’t always the healthiest outcome for the game. There are several things in the men’s and women’s draws that could realistically happen in Melbourne this year that would be a great setup for the rest of the year and the game generally.

Justice for Osaka
One of the most disappointing tennis episodes of 2018 was the spotlight being stolen from Naomi Osaka in her first grand slam win at the US Open. With fingers being pointed in all directions, the only person who truly suffered was the one completely innocent person in the whole debacle.

With a whole new season ahead, Osaka finds herself – at the time of writing – ranked No.5 in the world and also the youngest player in the top ten. She backed up the US Open trophy by going far into following appointments in Tokyo and Beijing.

What counts as justice? Of course another slam win is within her reach. However, even making the quarter-finals on one of the biggest stages in tennis would give fans a second chance to joyfully support her. 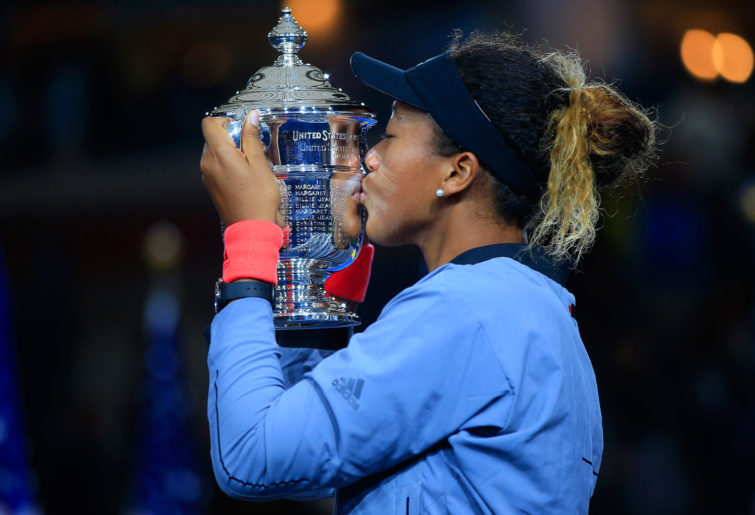 A young winner in the men’s draw
Full disclosure, I’m not going to Rod Laver Arena this year to see some young gun do well. I’m definitely part of the problem, but I just want to see Roger Federer play and Roger Federer win. Deep down, however, I acknowledge that it would globally be a better outcome for one of the next-generation whippersnappers to beat an old dog in the final.

It doesn’t really matter which two players face off in the final, but someone young coming through with a romping win would set the year off with a bang. It would take valuable ranking points away from Federer, Rafael Nadal and Novak Djokovic to be shown an early exit and would just make things a little spicier as the ATP tour moves into the Americas.

Who could do it? Alexander Zverev is always spoken about here, and it is always mentioned that he hasn’t yet achieved what he is capable of at the slams. He is always strengthening his case. Last year he recorded a career-best slam result with a quarter-finals appearance at the French Open and finished 2018 with consecutive wins over Federer and Djokovic respectively.

Also watch out for Karen Khachanov and Borna Coric, who were formidable last year and should go deep into the tournament.

No super tie breaker
There will no longer be mammoth final-set showdowns at the Australian Open. This year Roland Garros will be the only slam to not have a final-set tie breaker of some description.

The super tie breaker will run in the usual tie breaker format but require a player to go that bit further, to ten points rather than seven points, and still be ahead by more than two.

There is nothing worse in all of sport than when bureaucracy has too big an impact. It’s not too dissimilar from a mismanaged Test cricket game where you lose most of the first session to rain, play 40 minutes and then have to stop for lunch. How could less tennis possibly be the answer when the match has proven to be too even?

Novak Djokovic vs Stan Wawrinka in the fourth round of 2013 couldn’t have had the legend-status finish that it had. A forced finish like this, especially in a later round, will surely only leave a sour taste in the mouths of all involved. Let’s see some fifth-set break points instead.