What will the sporting world look like in 50 years? As society changes, social norms and standards evolve. This includes sports rules and policies. The sporting landscape of 50 years ago was vastly different to that of today.

Caster Semenya is not a household name in Australia. She is an Olympic, Commonwealth and World champion. Semenya is also an intersex athlete.

Briefly, this means she was born with ambiguous genitalia and assigned a gender at birth.

When the South African burst onto the athletics scene as an eighteen-year-old, she destroyed the 800-metre field at the 2009 World Championships and won by an incredible 2.5 seconds.

Other athletes complained about her deep voice and muscular composition.

In 2018, the International Association of Athletics Federations (IAAF) introduced guidelines about the testosterone levels present in a female athlete. Specifically, between 400m and 1500m.

They used scientific evidence which allegedly proves these are the distances that women with high testosterone levels are most advantaged in.

The updated IAAF policy has a central idea that athletes must have less than five nanomoles of testosterone per litre for a minimum of six months.

The normal range for a woman is 0.12-1.79 nanomoles of testosterone.

Semenya will be forced to take hormone tablets to lower testosterone levels which could result in slowing her by up to seven seconds over 800m.

Semenya will fight the rule so it could be revised or revoked altogether. The IAAF had a similar rule challenged and overthrown in 2015 by the Court of Arbitration for Sport.

Closer to home, the AFL came under scrutiny last year in the case of Hannah Mouncey.

Hannah was born a male (different to Semenya’s case) but identifies as a woman.

She was not allowed to compete in the AFLW due to fears of her physicality and size being an unfair advantage. Yet, she played in the lower level VFL competition.

Mouncey decided not to nominate for the 2018 draft saying the league “had treated her like s***”.

Across in California recently, Patricio Manuel made history by becoming the first transgender boxer to fight professionally in the USA. 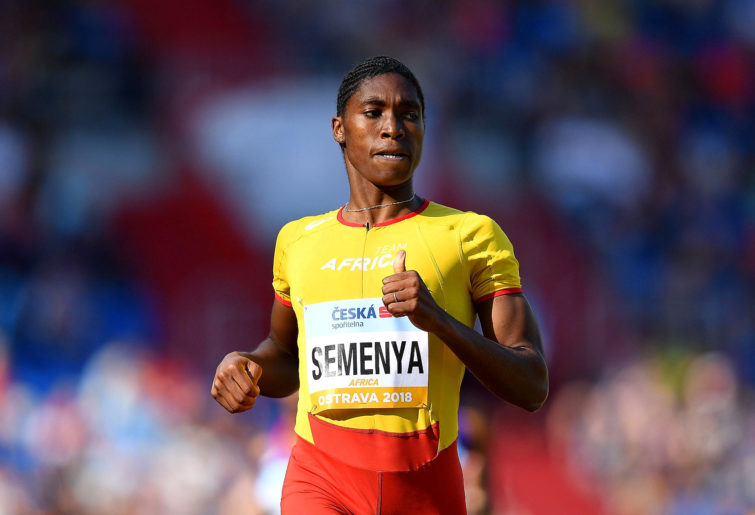 The public outrage seems to come when males are transitioning to females and wish to participate in female sporting competitions.

As time goes on the number of transgender and intersex athletes competing in their assigned or chosen sex is only going to increase.

As of this moment, there is no consistent policy across sports in Australia in relation to transgender and intersex athletes and how and if they can compete.

It becomes even murkier when comparing sporting policies worldwide. The question is, which path do the governing bodies of each sport both domestically and internationally travel?

Option A: Five nanomoles or bust

The normal Testosterone range for men is 10-35 nmol/L (nanomole per litre), with an average in the low twenties, and for women an average of about 1.2-1.5 nmol/L.

The AFL has followed the lead of the IAAF and the International Olympic Committee in using five nanomoles of testosterone or less as a guide to fair levels of testosterone in the blood of intersex and transgender athletes.

This used to be ten nanomoles as recently as 2010, but has been reviewed as more studies have been carried out and more scientific data has been released.

Many elite intersex and transgender athletes need to take hormone pills to get to these levels and to maintain them. The idea is to slow them down and take away any advantage high levels of testosterone will give them. 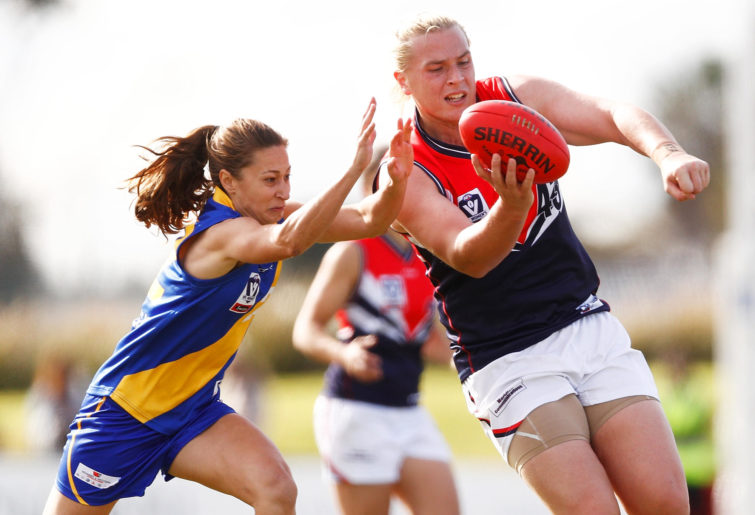 This policy has both positives and negatives. Athletes have to provide extensive evidence of hormone levels both in and out of competition. This can lead to the athletes feeling like they are being unfairly targeted.

Hannah Mouncey chose not to put herself through the process of the 2018 draft saying; “the toll this has taken on the people I care about is enormous, as has the toll it’s taken on me.

“I’m not ok with allowing that to continue”.

The amount of medical testing that transgender and intersex athletes need to work through is massive compared to the sporadic drug testing other athletes face which is a distinct disadvantage.

Option B: Introducing a third and separate category for intersex and transgender athletes based on testosterone levels

This is a controversial idea put forward by Dr Stephane Bermon, who heads the IAAF’s Health and Science Department.

He believes it could happen in the next five or ten years in the athletics world. According to Bermon, in elite female athletics, the number of intersex athletes is 140 times more than what you find in the normal female population.

“We have seen in a decade and more of research that 7.1 in every 1000 elite female athletes in our sport have elevated testosterone levels, the majority are in the restricted events covered by these regulations”, Dr Bermon said.

This option, apart from being highly controversial, might not be feasible or workable. Many sports around the world would not have the high numbers of intersex or transgender athletes to introduce a third category. Team sports would find it particularly hard.

This option also exposes intersex and transgender athletes to further stigmatisation and marginalisation. If this was introduced as policy, the mental health of athletes would be of great concern.

This would permit an athlete the opportunity to compete in whichever gender category they identify as without restrictions.

This would allow athletes like Hannah Mouncey to enter the AFLW draft without any hormone level expectations being placed on them.

It would allow Caster Semenya to compete at her athletic best without the constant speculation around her gender.

A no restriction policy would also help eliminate the vilification and abuse transgender and intersex athletes often receive.

It should be noted if this policy was introduced, steps for transgender athletes to prove they are legitimately transitioning would need to be implemented and verified.

Evidence from doctors and other health professionals would be vital for this policy not to fall into a farcical situation.

Imagine taking gender and sexual characteristics out of the sporting world and only having one category. Everyone competes against everyone else in everything. The results would be intriguing.

Sports administrators around Australia and the world will have some tough decisions to make in the future regarding the transgender and intersex issue.

Each sport will have policies that will change and evolve regarding it. Consultation and inclusivity should be prioritised highly in any such policy put forward.

What the sporting landscape will look like in 2050 is anybody’s guess.