With the advent and growth of T20 cricket, Test players are playing with the same mindset as the T20.

They score quickly on the good batting wickets batting first.

I have studied the past five years of Test cricket data.

So, in short, more than 80% of the Test matches produced results. For this study, I did not consider how many drawn Test matches due to rain-affected days.

Let’s go through all the possible winning scenarios.

Scenario one (A-B-A-B) (team A batting first, and team B second and so on)
When team A won the toss and batted on good batting wickets or flat batting pitches on day one, Team A will score 300 plus on the first day of play. They will continue batting the second day and bring the total team score to 500 plus declared, sending team B to bat.

Because team A already has runs on board, the fielding captain set attacking fields for bowlers to bowl at bowling team B out for the first innings lead of 150-250.

Team A not enforcing follow on and team A has the confidence to score another 200-250 plus playing.

T20 style scoring quickly for another 200 runs then declared again. Team B needs to chase 450 plus to win and the pitch breaks causing an irregular bounce, and then the spinners or accurate bowler aiming the crack of the pitch rolling over team B at the end of the fourth day or by lunch on the fifth day.

Team A will not enforce follow on whereby Team A will have time to set an impossible score for team B to chase and team A will give its bowler a rest before having a crack at team B on middle session on the fourth day to bowl out team B again. This is the style to win mostly.

Scenario two (A-B-B)
When team A rolled over team B with 300-400 plus runs lead, assuming that team B was bowled out by 2.5 session on day three,
Team A enforced follow on since they bowled out team B about a day only. In the third innings team B again bowled out under team A
total, and team A will win by an innings and whatever runs. Again this typically finished on day three or the middle of day four.

Scenario three (B-A-B)
Team A won the toss and send team B to bat, team B bowled out on day one. Team A batted on day two and early day three getting first innings lead of 200 plus, team B bowled out in the two innings. Team A won by an innings plus and these types of test matches finished normally on day three and the middle of day four. 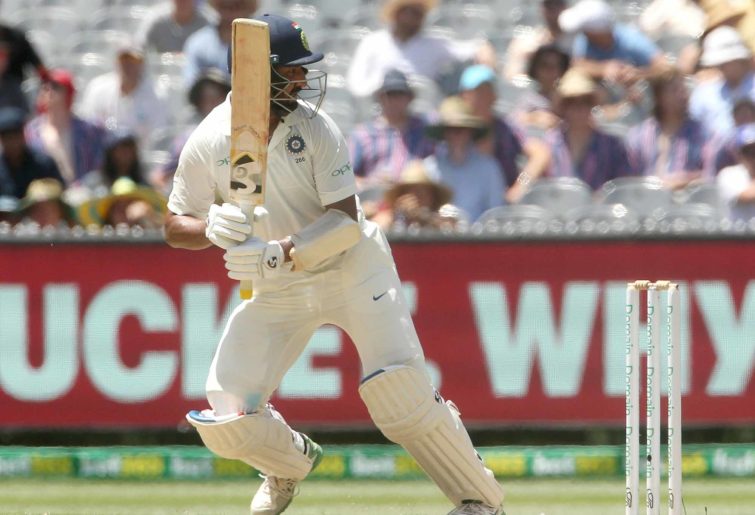 (AAP Image/Hamish Blair) NO ARCHIVING, EDITORIAL USE ONLY, IMAGES TO BE USED FOR NEWS REPORTING PURPOSES ONLY, NO COMMERCIAL USE WHATSOEVER, NO USE IN BOOKS WITHOUT PRIOR WRITTEN CONSENT FROM AAP

The other scenario is team B posted a big total, and then it will follow the scenario one pattern and team A lost, and team A captain will bore the brunt of the press for making a wrong decision at the toss.

Scenario four (B-A-B-A)
Similar to scenario three, but somehow team B set a small target for team A to chase and team A wins in either end day four or the middle of day five.

Scenario five (A-B-B-A)
Similar to scenario two, but the only difference is in the third innings team B was able to post a total that exceeded team A’s and forcing team A to bat again, chase small totals to win the test normally by winnings with ten wickets or nine wickets, again this scenario will finish by the fourth day or early on the fifth day.

Scenario six (A-B-B-A)
An extension of scenario two and five, but this time B able to post a total of 150 plus that force team A to bat again a second time with a smaller target to chase and team A collapsed at the fourth innings and team A losing asking team B to follow on.

This scenario is unlikeliest and happened three times in test cricket history, and the last time happened in India 2001 where the heroics of Laxman and Dravid setting up a target of 171 which Australia failed to chase and India won when asked to follow on. The other tests again Australia was the victim was at Headingly 1981 which refer to “Botham Tests”.

Scenario seven (A-B-A-B)
Both team A and team B posted big totals in the first innings. Team A collapsed in the third innings, and team B won by chasing down the run.

A typical example of this was the Ashes 2013 tests in Adelaide where England posted 551/6 declared, having first innings lead of 50 plus and England collapsed in the third innings, setting Australia a target of 168 which Australia chased down with four wickets to spare.

Shane Warne triggered the England collapse and Mike Hussey was there when the winning runs were scored.

This type is a T20 or ODI classics, where Australia able to win.

Scenario eight (A-B-A-B)
Similar to scenario seven with both team A and team B posting a big first innings total. Team A set 200 totals for team B bowled out and team A won by runs. This makes the match exciting that it finishes similar to ODI/T20 scenario late in the fifth day.

Scenario nine
Similar to scenario eight and both team A and team B posted small totals. Normally, this type of match will finish in three days, as more than ten wickets fall on the first day, and by the second day the third innings already started. Team A and team B could win and this will also leave some match situations with cliffhanger finishes, similar to death situation in T20 and ODI match scenarios.

Judging by the analysis, I still believe most captains that win the toss will try to win using scenario one typically. For South Africa playing at home the situation is most likely scenario nine as they have the best attacks to take 20 wickets in a Test match to win, and most likely matches in this situation don’t go into the fifth day.

Again now that England and India have the attacks to take 20 wickets per match, the future Test cricket series with the same country playing each other in South Africa, England, India and Australia will typically draw crowds to the stadium.

They know they will be entertained similar to the ODI and T20 match. So I predict Test cricket will still be there as the premier cricket format.