When Australia played South Korea on the 31st of January 2015, there was a buzz around Sydney. It was an excitement that Australia has never had before.

At the end of extra-time, Australia were crowned kings of Asia. Kings of Asian football. With a rocky first half in game one, Australia steadied the ship and went on to win the tournament conceding only three goals, scoring fourteen.

However, that was four years ago and a lot has happened since then. Firstly, Australia had a lot of luck come our way in that tournament.

Japan lost their quarter-final match to the UAE (who we eventually beat 2–0 in the Semi-finals), Iran lost there quarter-final match against rivals Iraq on penalties, and, we played South Korea, a team we had experience playing that tournament, and almost beat, just fourteen days earlier.

So while the 2015 tournament could be seen as a fairytale, or lucky, will the 2019 tournament be the same?

Because of the expansion, there will be an extra game for the winning team. It also means that lower-ranked teams have qualified, like the Philippines, India and Yemen.

It can be easy to view the group stages as a walkover when looking at Palestine vs. Australia, or Iran vs. Yemen. But, from what we have seen so far, the tournament will have much more eventful matches.

Especially when the third placed team in each group can still qualify for the knockout phase.

What doesn’t help is Australia’s first-team squad. With Aaron Mooy and Daniel Arzani ruled out with injury and Mathew Leckie not playing in the first two matches, Australia appears to be vulnerable.

And that’s exactly what Jordan could’ve hoped for in Australia’s first game for the 2019 campaign as they sat back and defended for majority of the match in the recent 0–1 defeat for the Socceroos.

It could be seen as redemption for Australia’s 5–1 thumping of Jordan in the 2018 World Cup qualifiers, but Jordan’s defence showed up when they needed it to and one goal is all it takes for three points. 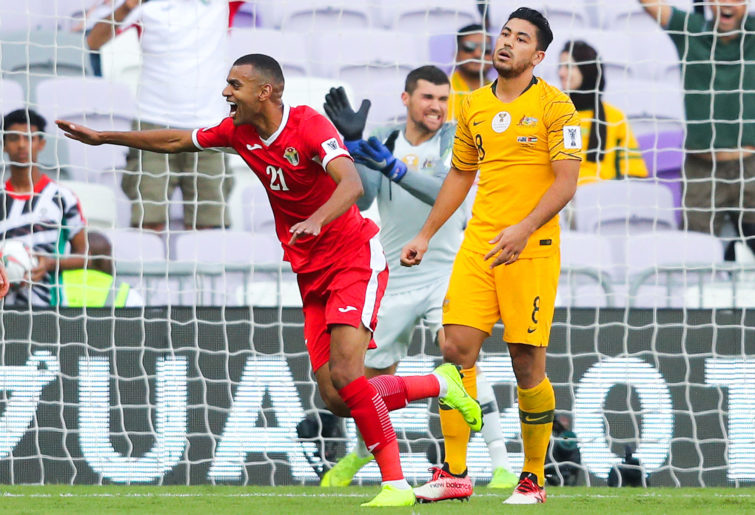 After Palestine’s tough showing against Syria, it would be a rough day for Australia if they were going to crack open there defence.

After a Messi-like cross from Tom Rogic it was 1–0. After goal number two, sixty-odd minutes later, Giannou finished the game with a sublime header to finish the game 3–0.

In a supreme showing against the lions of Canaan, Australia’s next opponents with be the fierce Syrians, who, after two deflating results and a sacked manager, will be looking for three points and a possible second or even third place in Group B.

Suspecting Australia reaches the knockout phase, there chances could be brighter than previously thought. As it sits right now, Group F runners-up, Uzbekistan, would be facing the Socceroos in a Round of 16 tie.

Australia showed Uzbekistan there brunt force, when, eight years ago, in the 2011 tournament, they lost 6–0 in the Semi-final. But under Héctor Cúper, Uzbekistan have appeared to be in professional form. They won 2–1 against Oman and impressing in game two against Turkmenistan.

If a win over the Uzbeks is successful, then a possible game against the host nation is on the cards.

After that, its pure speculation, but, it will not be as easy, or as lucky as the previous tournament. Thats for sure.

Whatever happens in the knockout phase, game three against Syria could decide whether we are cheering or packing our bags, again!