Why doesn't Australia compete in the AFF Championship?

Australia joined the ASEAN Football Federation, also referred to as the AFF, back in 2013.

But the Socceroos have yet to compete in the region’s biggest tournament.

With a population of over 650 million, the Association of Southeast Asian Nations (ASEAN) is one of the largest sub-continents of Asia, and, in fact, the world. With the only other group of nations larger being within Asia: South Asia (which includes India, Pakistan, Sri Lanka and Bangladesh) and East Asia (which includes China, South Korea, Japan and Hong Kong).

Since 2013, there have been three tournaments that have come and gone: 2014, 2016, and, most recently, 2018. Thailand were crowned champions in 2014 after a smooth 2–0 win in game one against neighbours Malaysia, followed by a 2–3 defeat, 4–3 on aggregate. Two years later, Thailand followed there successful 2014 campaign defeating Indonesia 3–2 on aggregate.

The AFF saw a shakeup in the 2018 tournament, however. Two groups of five, which meant the group winners and group runners-up would reach the knockout stage.

Five-time winners Thailand were knocked out in the semi-finals by Malaysia on away goals while Vietnam, the eventual champions, who hadn’t been to the final since their first victory in 2008, had only conceded two goals all tournament.

Perhaps the question can be answered simply as: Australia is just too arrogant and playing in a tournament like this would do more harm than good.

The South-East Asian region is one of the most densely populated parts of the world. Indonesia has the fourth largest population on the globe and Vietnam, the Philippines and Thailand aren’t far behind.

This region is also one of the most competitive. In the 2018 tournament, ten teams participated. Four of them were previously crowned winners, and an additional three had gone as far as the semi-finals. The same could not be said of other sub-continental tournaments around the world.

From an Australian viewpoint, I would prefer to see the Socceroos play in a minor tournament and lose than not participate and have a higher FIFA ranking. 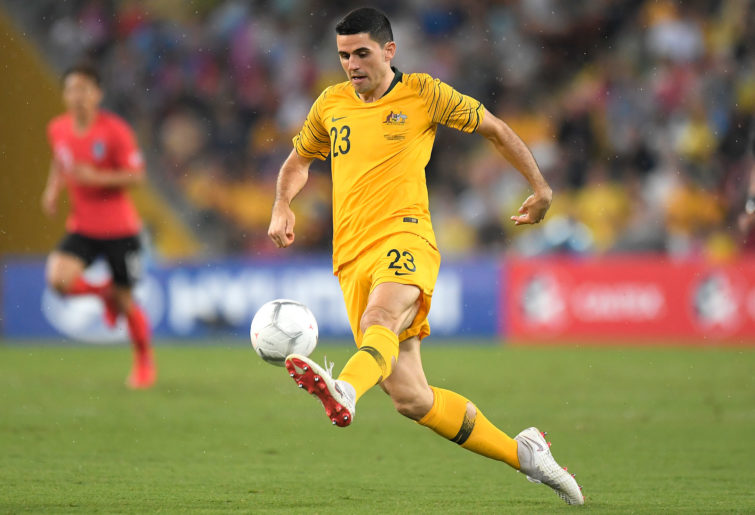 For Australia, youth is an ever-struggling creation. The Socceroos have created some great talent over the years, especially in recent ones. But in a domestic league that only consists of nine teams, with only two of them outside the major cities and only being one of three countries to still not have promotion and relegation, it’s only going to be an uphill battle.

Which makes for a great argument for Australia to join such a tournament. Much of Australia’s youth barely plays in the domestic league, let alone internationally for their country. That was also one of Australia’s strategies at the EAFF Championship in 2013 when Australia finished fourth and had young players like Tomi Juric, Aaron Mooy and Trent Sainsbury in the squad.

With the newly created AFF–EAFF Champions Trophy, which appears to be a mini Asian Cup within the AFC, Australia’s shortly-awaited self-exclusion will surely end soon.