In memoriam: The international career of Shaun Marsh

On 19 of November of last year promising young left-arm South Australian quick Nick Winter ran in to bowl to Shaun Marsh, who was ready at the crease on 97 not out.

The ball was fast, full, and straight, threatening both wickets and the pads. Marsh dismissed the delivery in the same manner as countless Sheffield Shield bowlers have become accustomed to.

With effortless timing and precision, the ball travelled only a couple of metres to the right of the deep midwicket fielder, but the pace of the shot and the fast outfield carried it to its inevitable destination. Marsh raised his bat and helmet with what can only be called a grimace to the small Adelaide Oval crowd. He would go on to score an unbeaten 163, guiding Western Australia to the imposing target of 313 with five wickets in hand.

At that point, only a few weeks back from a disastrous tour of the UAE, Marsh returned to the Shield with totals of 80, 98, 21, and 163* to remind everyone once again of his vast skill set with bat in hand. The demur manner in which he celebrated the achievement suggested that his thought process was shared by many around Australia – how can someone so clearly above Shield level consistently fail in the Test arena?

His Test numbers make unremarkable reading given the shadows cast on the top order of the Australian team by past greats. In 38 matches he scored 2,265 runs at 34.31, six tons and ten centuries. He has a top score of 181.

And, more recently, Marsh’s readoption of the coloured strip for the ODIs has brought yet another century, his fourth in eight matches, during which he’s scored 577 runs at 72.12. That’s twice the next-best Australian bat Alex Carey, way down at 30.57 over that period.

For a public that’s at best apathetic towards both the ODI format and the player, those figures have failed to mask his failure to make it work when it matters most in white.

He’s the enigma of Australian cricket, the undefinable object of countless judgement. His cover drives are as beautiful as Mike Hussey’s and as strong as Matt Hayden’s when they’re not flying to first slip. He can pull with much the same authority as Ricky Ponting yet at times can inspire as little confidence as Glenn McGrath at the crease. There’s a season for everything with Geoff Marsh’s son.

Of course that’s not to say that he hasn’t played hugely significant roles in past Australian innings. He was the only centurion in Sri Lanka 2016 other than the incomparable Steve Smith, and for years he had one of the country’s best averages in Asia, although that’s since slipped to 32.5.

His century under lights in Adelaide 2017 was nothing short of magnificent in conditions in which many lesser bats struggled. Perhaps above all stands his 197-ball defiance under siege in Ranchi 2017 to take the series to a defining fourth Test the last time Australia faced India. 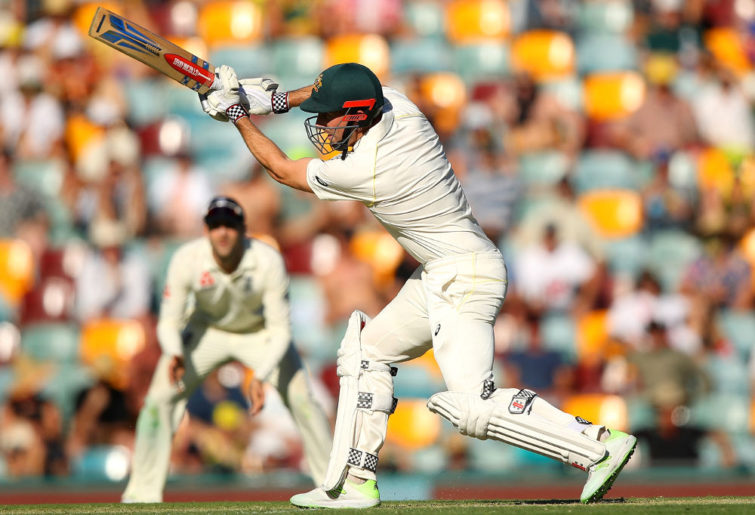 It’s a case of what could have been for the man now probably past comeback age after being dropped for the short visit of Sri Lanka. Perhaps if he wasn’t as capable of the utter dominance he’s displayed at times at state level, he may not have faced the same malign from a social media-equipped public.

You can define sport as an expression of our need for a hero, much as you can cinema or a novel. Marsh, given so many opportunities to fill that role, has in nearly 40 Tests failed to ever truly grasp what was so consistently offered to him.

In Sydney this year a familiar sigh of despair was exhaled around the country when he nicked to slip from an innocuous Ravindra Jadeja delivery outside off. It will be perhaps the last time a red ball flies obliquely towards the cordon off his bat at the international level.

The man with Australia’s most aesthetic strokeplay will not be remembered for those cover drives in Adelaide, for his concentration marathon in Ranchi or for his consistent punishment of the white ball around the globe. Unfortunately he’ll be known for what he left in the tank, not out on the field.