The case for a Moreton Bay A-League bid

Recently, the Stadium Taskforce Report commissioned by the Queensland Government was released to the public and it could just make Moreton Bay an A-League expansion dark horse as a result.

Along with recommending that no new stadiums are built in Brisbane, the report also recommends that Ballymore should be downgraded to 5,000-seats in capacity and that it should be turned into a centre of excellence for rugby union, making it unsuitable as an A-League venue.

QSAC is slated to be reduced in capacity but it would still be under the thumb of Stadiums Queensland and it will also continue to have transport and access issues. It may not be suitable for a new A-League side trying to find its feet.

During the last round of A-League expansion, there were three bids from Brisbane, with Brisbane Strikers, Brisbane City and Ipswich. But since none of these bids have a useable stadium of their own, they would have to share Lang Park with Brisbane Roar.

As Football Federation Australia want to avoid creating another Melbourne City by basing two teams in the same stadium, it’s now highly doubtful whether any of these bids will be accepted.

Therefore, the only stadium in Brisbane which would be capable of hosting a second A-League team is Dolphin Stadium in Redcliffe. With a geographic distance from Lang Park similar to that between Lang Park and Ipswich, the club will have a clear and separate identity from the current team, unlike when Melbourne City came in.

In addition, the 10,000-seat capacity of the ground is bang on perfect for an A-League side.

The smallest market in the A-League is the Central Coast which is home to 325,000 people. Their club, the Mariners, have an average attendance this season of just over 7,000 while their average across all seasons of the A-League is about 9,000. 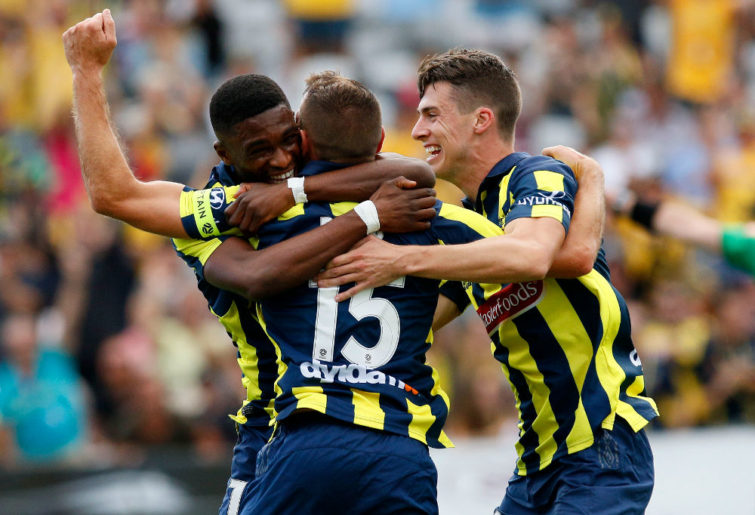 Central Coast Stadium only looks bad on TV because the ground holds 20,000 people which makes it look half empty. But when you think that Moreton Bay has a hundred thousand more people who are themselves condensed into a smaller area, it is quite conceivable that an A-League team could pack out Dolphin Stadium on a regular basis.

You may think that the region is a rugby league heartland, and you’d be right, but that’s also what people said about the Central Coast. I think they’ve done quite well to attract as many fans as they have, despite the poor “optics”.

But perhaps the most important thing about Dolphin Stadium is that its small capacity means that it doesn’t fall under the management of Stadiums Queensland who would be the death of any new club at Lang Park. That alone is a huge advantage in favour of a new team in Moreton Bay.

FFA are on record as being keen on the idea of having a Brisbane Derby and the report by Deloitte which they commissioned also pointed to a second team in Brisbane as a good choice. With the only suitable stadium in Brisbane, FFA will find it very hard to look past Redcliffe. The only thing missing is a formal bid.

If Moreton Bay Council were to lead a bid as Macarthur Council initially did in South West Sydney then it could well gather momentum and be a strong contender for an A-League license.

There were no financial backers behind it at the start, council set up the bid and investors came out of the woodwork when they saw an opportunity. Who knows who might step forward if Moreton Bay Council do the same?

The local people might prefer an NRL team but that would have to face strong opposition from Perth, Adelaide, Sunshine Coast and the Brisbane Bombers. An A-League side however seems like a shoe in.