Why Jo-Wilfried Tsonga was always dangerous and nothing more

Jo-Wilfried Tsonga, 22, is bouncing on his toes. He is one point away from taking the first set against Novak Djokovic in the 2008 Australian Open final.

Having miraculously won the previous point, by returning a Djokovic smash with a vengeance, the unseeded Frenchman is on the cusp of achieving a truly extraordinary feat.

The rally plays out and Djokovic, 20, hits a volley deep into the court, which at first glance appears to have put him in a winning position. Tsonga, however, has other ideas.

Somehow, Tsonga hurtles across the court and hits an inch-perfect lob onto the baseline to take the first set.

The rampaging and irrepressible Tsonga looked like he would storm to victory, and with it defeat a fifth top 15 ranked player, along with Andy Murray, Richard Gasquet, Mikhail Youzhny and Rafael Nadal.

For nearly two weeks, it seemed his powerful serve, brutal forehand and delicious net play would be too hot to handle.

But, slowly but surely, the more consistent, fitter and better player prevailed.

Tsonga seemed to finally run out of ideas. Djokovic began to match, and then better, Tsonga stroke for stroke.

A gallant but second best Tsonga had to make do with the runner up trophy.

That match might have summed up the now 33-year-old’s career. Brilliant in flashes. Starting brightly, but ultimately just lacking in certain key areas to win a grand slam.

In just his fifth slam, Tsonga had made it to a slam final. He has not repeated that feat in 35 attempts since.

So, why has a player who was tipped to win a grand slam after his heroics Down Under never reached a slam final again?

It’s not like he’s had a bad career at all.

Nine grand slam quarter-finals, four semi-finals at that level, two Masters titles, famous wins in slams against all of the big four and achieving a ranking of number five – not bad at all.

But what stopped him from achieving more?

For one, the backhand. It is a liability and it pales in comparison to his bullish forehand.

The typically flamboyant Frenchman even ditches it for a single-hander at times, but that is so very French, isn’t it?

The backhand of Tsonga comes across as less fluid in comparison to his forehand, more muscled and very arm-led, meaning he does not put his whole body into it.

If you get to the backhand, Tsonga can come unstuck. 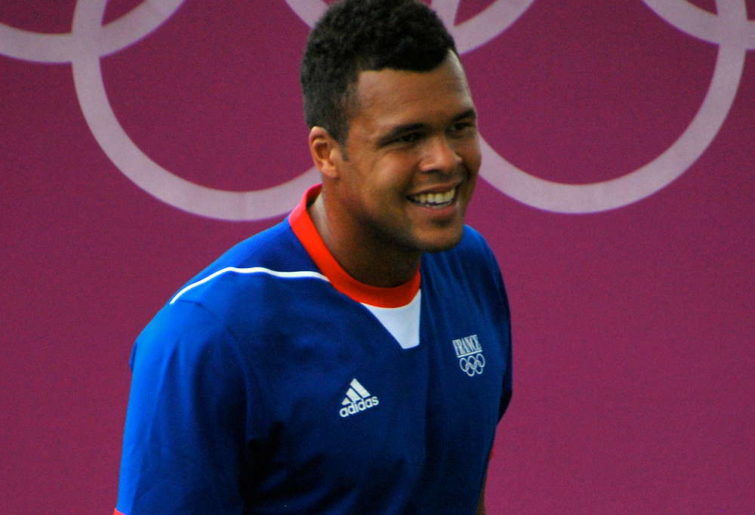 Secondly, his return of serve.

In his two best years of 2008 and 2011, Tsonga was ranked at 41st and 58th respectively, when looking at first and second serve return points won, return games won and break points converted.

Djokovic, Federer, Nadal and Murray are always in and around the top ten for this. That separates him from them.

And finally, like all players, he appears to get nervous and slightly tight in close matches.

He goes for the wrong shots, he makes unforced errors or he tries to hit a miracle shot that really is a very low percentage option.

So often players come up against the top players and freeze, Tsonga is no different.

He can outhit the big four, his serve can be unplayable and he is a great athlete, although not quite as good as they are. But he always comes up short in the big matches at the tail end of slams.

His best chance to get back to a slam final was in 2013 at the French Open.

Djokovic and Nadal had just knocked chunks out of each other in a five-set classic and Tsonga, having just downed Federer, seemed primed to beat David Ferrer in the second semi-final.

But a very flat Tsonga, who seemed deflated without the vociferous French crowd roaring him on, was destroyed by Ferrer in a half-empty stadium.

Tsonga never got going and seemed overawed by the occasion.

There are not many in the game who are as gifted as him in terms of shotmaking.

But if you can stay with him, Tsonga too often gets frazzled, or cannot maintain a consistently high level for long enough.

Now, 11 years on from that final against Djokovic, the two will lock horns once more – for the 23rd time.

Tsonga is 16-6 down in the head-to-head. It would be an incredible upset for him to achieve, especially as the Serb has beaten him 12 out of the last 13 times.

This week, Tsonga might have outlined why he has not won a grand slam.

“When you come from nowhere, nobody expects you to play that good and everybody’s cheering for you. You’re new. And after that, everybody wants something for you that you want, but you know that it’s going to take time to be consistent at this level,” Tsonga said.

“All the people say that and say, ‘Okay, now you’re the best or one of the best’ and you have to be the best all the time, which is not easy to deal with, of course.”

He did not have any expectation when he played in the 2008 Australian Open and not much is expected of him against the world number one today either.

“I will go on court without pressure. But we always have a little pressure, because I’m competing and when I go on court I always want to win,” Tsonga said. “But I will go a little bit more free than when I play someone else.

“I will try to take my chance, and live in the moment.”

A ‘little bit more free’ Tsonga is always a dangerous Tsonga, but, unfortunately, that is all Tsonga will be and no more – dangerous.