War of words: Shut up Aussie stars, you're overshadowing the tennis!

Wave upon wave of controversy is crashing down onto the white sandy beaches of Australian tennis at the moment.

For the second major in a row, it appears that the main headlines coming out of a Grand Slam are centred on bitter disagreements.

In the US Open it was the Carlos Ramos-Serena Williams furore and at the Australian Open it is the Lleyton Hewitt-Bernard Tomic saga.

The controversy at Flushing Meadows pertained to an umpiring decision – this is an ongoing war of words.

‘Liar’. ‘Threatened my family’. ‘To think how low of a person you actually are’. ‘Is there an echo in here?’

Once again, Tomic is not making his tennis do the talking. Walking controversy Nick Kyrgios is not far behind, although he is not at the centre of it this time.

To use a cricketing analogy (in a tennis article, are you mad?!), Tomic is the bowler, Hewitt is the batsman and Kyrgios is an almost redundant fielder at silly mid-on.

Fresh after his first-round loss, Tomic opened with a high bouncing delivery to Hewitt, saying he should quit as Davis Cup captain as he favours some players and is unpopular with others.

“No one likes him anymore. He’s doing the wrong thing. We don’t want to play anymore because he’s ruined the system,” he said.

Tomic followed up with a slower ball, claiming some players were picked for the Davis Cup and received wildcards because they were represented by Hewitt’s management company.

The former world number one countered with a boundary off a full toss, saying: “Whatever Grand Slam it is, after a first-round loss he will come out with something.”

The 37-year-old’s riposte to a tempting delivery outside his off stump was to say: “For me, the biggest frustration is I feel like I went out of my way to help Bernie.

“Especially when I first came into the role, I spent a lot of time with him one and one, and at a lot of tournaments, tried to get a coaching structure and physical team around him to give him the best opportunity.

To bring up his half-century, Hewitt said: “The threats I’ve received for me and my family, that I’ve had for a year and a half now, I don’t think anyone would reach out again to a person who speaks like that.

And as he raised his bat aloft to the crowd, he added: “They were blackmail threats and physical.”

To paraphrase the poem Invictus, by William Ernest Henley, Tomic’s head was bloody, but unbowed. 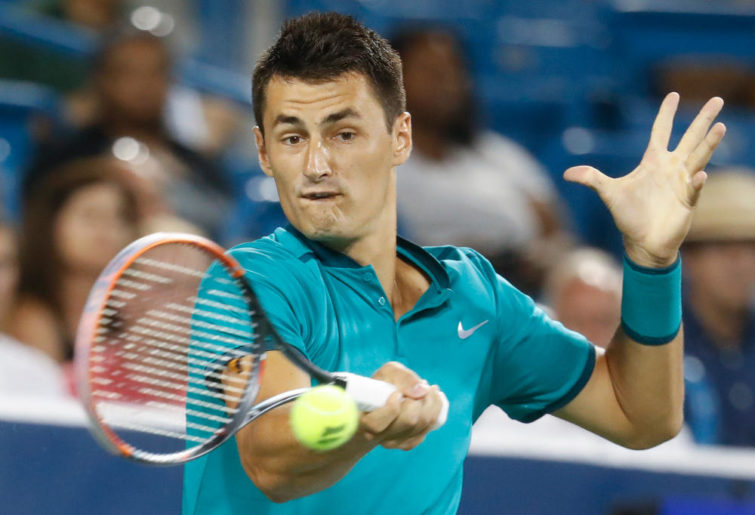 In an over of pure venom, Tomic snapped back: “I have never threatened his family. Nice, Lleyton. To think how low of a person you actually (are) and (it’s) why the Australian public never liked you.

“I got nothing to do with your family and I don’t care what’s wrong with you, you liar.”

And where was Kyrgios in all this?

Well, slightly away from all the drama on the wicket, he was acting in a rather puerile and silly way.

Earlier this week it appeared Kyrgios, who appeared to show reverence towards Hewitt in the past, was not singing Rusty’s praises anymore.

Kyrgios, 23, took to Instagram to make a dig at Hewitt for spending all his time watching Alex De Minaur instead of his Australian compatriots.

In short, Hewitt said Kyrgios was not acting in a mature and professional manner and that he had ‘a lot to learn’.

A couple of days prior to that, Kyrgios said there was no rift between himself and Hewitt.

In response to Kyrgios saying, ‘Not really’, a journalist responded with a, ‘Not really?’ of their own.

“Is there an echo in here,” said Kyrgios, looking exasperated.

Despite this, Hewitt extended an olive branch to the hot-headed Aussie, by saying he certainly could represent Australia in the Davis Cup.

No such offering was granted to Tomic.

Hewitt said he will not allow Tomic to compete in the Davis Cup, “While I have anything to do with it”. 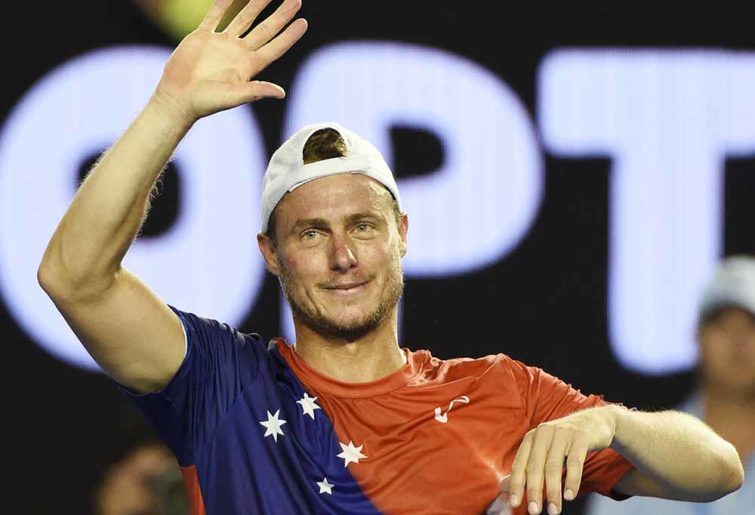 Can Lleyton Hewitt repair a fractured relationship between himself, Kyrgios and Tomic? (Kyodo)

As the next day of play began, it appeared that the wicket had become very batter-friendly, as Tennis Australia came out in support of Hewitt.

“Lleyton’s not afraid of hard work. You saw that in his playing career and he’s doing it as Davis Cup captain. He has the support of Tennis Australia,” said Wally Masur, Tennis Australia’s performance director.

“He’s a tremendous worker and he responds to people that are prepared to meet him halfway.”

The support Tennis Australia showed is hardly a surprise, mind.

So is this a storm in a teacup?

Is this just a clash between the tempestuous Tomic and the het up Hewitt?

What the devil is actually going on here? We want to know!

Nobody has really come out of this smelling of roses, even though Hewitt tried to point to the achievements of teenagers Alexei Popyrin, De Minaur and debutant Alex Bolt – who all have enjoyed a successful summer.

This may not be the end of the Hewitt-Tomic saga.

It’s strange that so much is taking place over a tournament (The Davis Cup) which is paling into significance, what with the rebooted format.

We and tennis need to put this strange episode behind us, get on with enjoying the Australian Open and the Aussie stars need to let bygones be bygones, for a while at least.

It is a shame that Tomic seems to be putting more effort into this spat than he has into his tennis, which has been disappointing for many a year.