Better than the tennis? The press conferences that keep on giving

In the PR-savvy landscape of commercial sport, the modern tennis press conference remains a last surviving bastion of emotion, honesty and downright awkwardness.

At first sight there’s nothing that unique about a tennis player taking to the stage for a post-match press conference. A wall of advertising surrounds them, the complimentary (untouched) drink bottles stand waiting on the table, and just like other athletes, they sit down, covered in sweat, recovering from a loss or happy with their win.

But, it’s what gets said thereafter that makes the tennis version of this most stale journalistic interaction worth watching. With no media managers in the wings, things can go off the rails pretty fast and often do.

Of course the most memorable “presser” from this year’s Australian Open came just after the tournament got underway. Half-turned to the side, seemingly about to get up, Bernard Tomic suddenly went all guns blazing in an attack on Davis Cup team captain Lleyton Hewitt.

“We don’t want to play anymore because he’s ruined the system,” Tomic said. “I mean, go away, like literally. If he’s retired why are you still in tennis, you know?”

For a couple of minutes, Tomic railed on against the former world number one, with cameras rolling and keyboards tapping.

The accusations came thick and fast, but Tomic’s emotions were raw too. Hewitt recognised this, dismissing the comments the next day as simply “Bernie being Bernie.” After a passable 2018, Tomic was keen to go deep in his home grand slam but it wasn’t to be and he was disappointed.

But not all memorable press conferences in tennis are a 45-shot rally. Sometimes it’s the quick volleys that say everything you need to know about a player’s anger. German Alexander Zverev kept it short and sweet after his poor showing against Milos Raonic for instance.

“Do you often smash your racquets at tournaments, have you done it in the past?” a reporter asked somewhat bizarrely, inside the first minute of the post-match press conference.
“Have you never watched my matches?” Zverev asked back, levelling a steely stare. “You should watch my matches.” Then, silence.

Then there was Maria Sharapova’s reaction to a question about the crowd’s displeasure at her long off-court break in her match against Ash Barty. 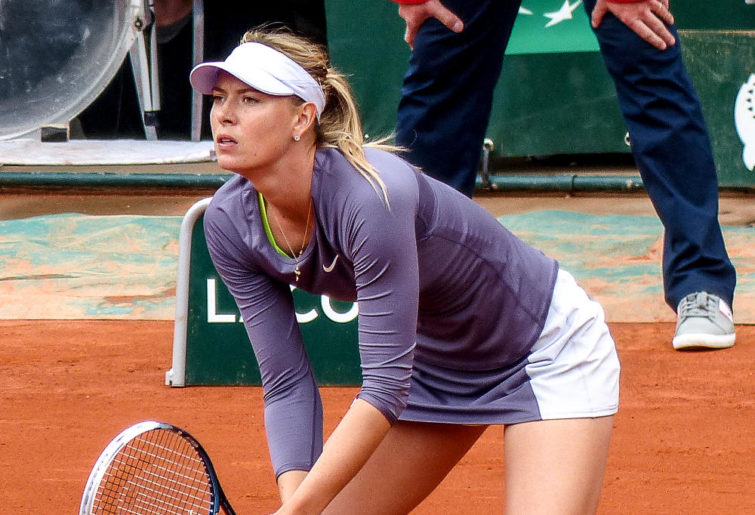 “What do you want me to say to that question?” she asked the reporter challengingly.

“I think that’s a silly question to ask,” she said.

The hapless reporter then asked another follow up question, but Sharapova stared vacantly out into the room, waiting for someone else to speak. Awkward!

These days, in Australian team sport at least, we seldom see responses like this in press conferences. They are often bland, routine affairs, regularly conducted after the coach or players have had a bit of time to calm down and gather their thoughts.

Or, they are so filled with specific team list questions from niche reporters, that they send the average punter to sleep. To cap it all off, the threat of official reprimands hangs over every sentence, too.

Not surprisingly, the protagonists often stick to a mix of positive mantras and dull truisms, mixed with audible inhalations of breath (presumably so they don’t “um” and “argh” too much #mediatraining). About as controversial as things get is when a coach shapes to complain about a refereeing decision but then decides not to. “I can’t say anything further on that, otherwise I’ll get in trouble,” is the popular, if somewhat redundant, line.

But with tennis, the player runs the show. They are the business and the brand and this unique central role means they set the media tone themselves. Roger Federer, for instance, can be bristly but charming at the same time.

“Do you see a bit of yourself in him?” he was asked after his loss to Stefanos Tsitsipas.
“Yeah, I mean, I guess so,” Federer said slowly, somewhat unimpressed. “He has a one-handed backhand and I used to have long hair too, so… yeah.”

Which is essentially like saying “I think that is a silly question to ask” but not actually saying it.

But not everyone can be as nuanced as Roger Federer – which brings me to Nick Kyrgios. We didn’t get much of a chance to watch the Canberra Comet on court this year at Melbourne Park as his low tournament seeding meant he came up against a rampaging Milos Raonic in the first round.

Yet, he still had time to show us that he hasn’t lost that special press conference magic.

“Is there a rift between you and Lleyton Hewitt?” a reporter asked the 23-year-old, just a day after the Tomic interview.

“Not really,” Kyrgios said, with a poker face.

“Not really?” the reporter repeated.

“Is there an echo in here?” Kyrgios asked.

The room laughed and reporters moved on to the next question.

Just further proof that it doesn’t matter what question you serve up at a tennis press conference, get ready for a return to come back with plenty of interest.