Faulkner is ready for an ODI return

James Faulkner’s resounding return to form should earn him a spot in Australia’s ODI squad for next month’s five-match series in India.

The bowling all-rounder is in great nick with the ball in T20s, having taken 33 wickets at 17 in the past six months across the BBL and England’s T20 Blast competition.

Faulkner not only offers vast ODI experience, but he could also help address two major issues facing the Australian team – a weak tail and a lack of death-bowling options.

The bowling all-rounder was man of the match when Australia won the 2015 World Cup – he took ten wickets at 19 for the tournament – but then was dropped in October 2017 and has not played an ODI since.

It was very harsh treatment from the Australian selectors considering Faulkner was not even out of form – in his last 15 ODIs he had taken 26 wickets at an average of 26.

Of those eight bowlers only Richardson and Coulter-Nile have strongly pressed their claims for a World Cup berth. Faulkner should be given a chance in India to prove he has returned to his peak. It confuses me just how many pundits and fans seem to write off Faulkner at just 28 years old, particularly at a time when Australian cricket is crying out for seasoned international players.

The man nicknamed ‘The Finisher’ may not ever return to the beastly lower-order batsman he was in the early years of his ODI career. Opponents have worked out how to make it much harder for him to launch boundaries. But Faulkner is not some one-dimensional slogger who got lucky for a while.

This is a batsman who has 2566 runs at 31 in first-class cricket, where he has a sedate strike rate of 51 and has played countless mature and sensible knocks for Tasmania. Australia’s batting line-up has lacked balance ever since Faulkner was dropped. 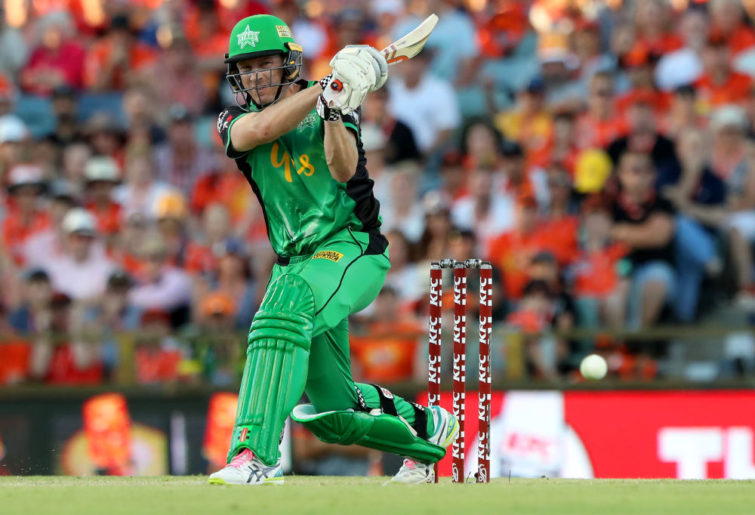 The vulnerability of their tail seems to have forced the top six to bat with exaggerated caution. This in turn has seen Australia all too often bat out their 50 overs only to finish with a below-par total in the 270 to 290 range. Australia will not win the World Cup making such middling scores. They will need to have a No.8 who is effective with the blade in 50-over cricket.

The obvious options are Faulkner and spin all-rounder Ashton Agar. The latter is yet to get a proper run in ODIs, with his nine matches spread over more than three years. Agar is not a big wicket-taker but was Australia’s most economical bowler in his last series, the five-match ODI series in England last year, and is a handy batsman well suited to batting at No.8 in one-day cricket.

Faulkner, meanwhile, is bowling as well as I have ever seen from him. The best indicator of how nicely Faulkner is tracking is the pronounced late swing he is earning, something he had lost from his game. The left-armer regained this movement in England last year and has maintained a great wrist position ever since. He has also become noticeably less reliant on his back-of-the-hand slower ball. When used sparingly this change-up is a major weapon, but Faulkner started to use it almost as a stock ball in recent years.

The Tasmanian has become a more rounded bowler and is ready to return to ODIs. If he could find form at international level, he would dramatically improve the balance of the Australian ODI team.

My ODI squad for next month’s five-match ODI series in India.