Balance of performance adjustments play a big part in determining which manufacturer or manufacturers will have a realistic shot a victory – see Mclaren in 2016 – which makes the Bathurst 12 Hour a generally wide-open event.

The short answer, in other words, is that I don’t know who will win. That said, this is my review of the five entries that on paper have the strongest claims to this year’s title

GT3 endurance driver line-ups don’t get much stronger than this group right here. Led by two-time 12 Hour winner and former Australian GT champion Christopher Mies, this entry oozes class. Traditionally Audi has always been fast across the top of the mountain but have lacked the straight-line grunt of the other manufacturers. Track position on restarts will be key to their success.

Final word: I love my Audis, so I’m hoping this car keeps the 12 Hour title in the Audi stable.

By far the most serious Australasian entry in the field, you can’t go past a car that boasts this much local talent. In testing Lowndes has stated the Mercedes-AMG is easier to drive than last year’s winning Ferrari, an ominous sign if ever there was one.

The only grey cloud is the Giz. I personally like Shane as a driver, but the 12 Hour requires restraint. GT3 cars are fragile, so he can’t afford to get involved in battles at the two-hour mark that will dent the car’s overall speed for the rest of the race.

Final word: A Lowndes and Whincup win in a car sponsored by Vodafone would bring a smile to the faces of most Supercars fans. 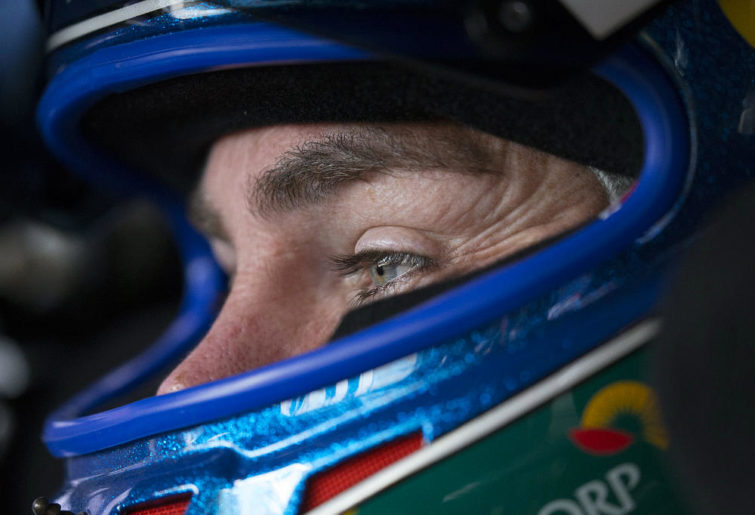 The big, bad Bentley boys have never been able to crack the mountain in the 12 Hour, but this driver line-up is as good a chance as any to break the duck. Like the Audis, track position for the Bentley cars on restarts will be key, but in reverse. The straight-line speed of the Bentley is killer, and if they’re able to nail an overtake into Griffins Bend, there’s not much chance they’ll lose that position by the end of the lap – unless they are being followed by a GTR.

Final word: After all the issues Bentley have had over the years, not just at Bathurst but in the global GT3 picture, it would be great to see them finally win it.

It’s so good to have the GTR back at the mountain. The GTR has always been a handy car to have at Mount Panorama, with victory in 2015 and second place in 2016. While not a factory-backed effort this year, having a quality driver who loves the place in Katsumasa Chiyo makes you a contender.

Final word: Any Nissan win at Mount Panorama is a good thing.

Matt Campbell and a Porsche seem to be made for each other. Though he has struggled in the October Supercars race, his speed in anything Porsche-related is phenomenal. Taking into account that last year Porsche were on track to lock out the podium if the race had stayed green until the allotted 12 hours, this car cannot be overlooked. Having 2017 Porsche Carrera Cup champion Dennis Olsen as a co-driver doesn’t hurt your chances either.

Final word: Like Bentley, it would be good to see an icon of international endurance racing in Porsche finally have success at one of the worlds best tracks.

So that’s my personal top five right there. Consider that I have left out entries including drivers of the calibre of Kelvin van der Linde, Garth Tander, Nicky Catsburg, Maro Engel, Steven Kane, Romain Dumas and Marc Lieb and it really shows how open this race is and how far the event has come in terms of prestige.