With Jhye Richardson earning his baggy green cap for the Gabba Test, it’s an opportunity to look back on the best Test debuts by Australian bowlers.

Only 33 Australians have managed to take five wickets or more in an innings in their Test debut. That makes it a pretty exclusive club, so the chances of Richardson achieving the feat are pretty slim. But you never know.

Below are arguably Australia’s best Test debut bowling performances, considering factors like the impact on the result of the Test, the significance of the match, the quality of the batsmen dismissed, and the background of the player.

Bob Massie, 8/87 and 8/53, 1972 v England at Lord’s
You would think that getting 8/87 in the first innings of your first Test would be hard to beat for the rest of your career. But the Western Australian swing bowler went even better in the second innings, taking 8/53!

That gave him the incredible Test debut match figures of 16/137. He spearheaded Australia to an 8-wicket victory.

Albert Trott, 8/43, 1895 v England at the Adelaide Oval
Australia were down 2-0 in a five-Test series when Trott made his debut in the third Test against England in 1895. He took 8/43 in the second innings to help Australia to a resounding 382-run win.

Over 140 years later, Trott’s incredible figures remain the best by any bowler from any country in their Test debut.

Pat Cummins, 6/79, 2011 v South Africa in Johannesburg
Making your Test debut at 18 is an achievement in itself. But to take six second innings wickets (including key scalps like Jacques Kallis and AB De Villiers) to spearhead Australia to a two-wicket win to draw the series is unbelievable. 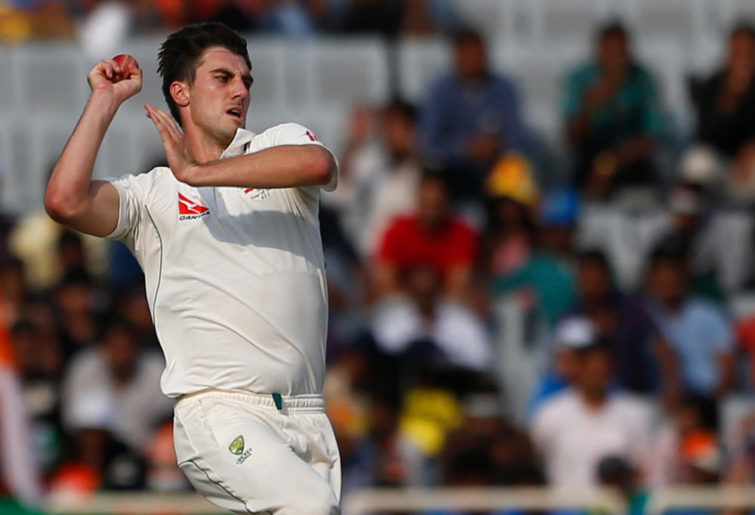 Clarrie Grimmett, 6/37, 1925 v England at the SCG
The leg-spinner had already taken five first innings wickets when he ripped through the English second innings with his six-wicket haul to help Australia to a thumping 307-run win.

Charlie Turner, 6/15, 1887 v England at the SCG
Australia didn’t win this Test, but paceman Charlie Turner certainly played his part, taking six wickets in the first innings to skittle England for just 45. That remains England’s lowest ever score in a completed Test innings to this day.

Rodney Hogg, 6/74, 1978 v England at the Gabba
Australia didn’t win this Test either, but Rodney Hogg rose to the occasion after the Australian team had been decimated by defections to World Series Cricket. Among his victims were Geoff Boycott, Graham Gooch and Ian Botham.

Peter Taylor, 6/78, 1987 v England at the SCG
Off-spinner Peter Taylor was a shock selection for Australia when he was chosen for the Sydney Test of the 1987 series. England had already retained the Ashes, but Taylor took six first innings wickets to help Australia restore some pride and eventually win the Test. Among his victims were David Gower, Allan Lamb and Botham.