Football the focus in Al Ain

Having been based in Al Ain for the last few days, it’s fair to say it’s been a quieter build up to the commencement of the quarterfinals than that I would have experienced in Dubai or Abu Dhabi, especially the latter which hosts two of the four matches.

The Garden City, as it is known, is a quiet, tranquil place far removed from the glitz and exuberance of the other host cities. There isn’t a lot to see or do. The Al Ain Oasis and the Sheikh Zayed Palace Museum make for a nice relaxing sojourn, but otherwise it’s slim pickings.

Which is perhaps a good thing for Graham Arnold and his team, who have been here ever since their 3-0 defeat of Palestine back on 11 January.

There are no distractions. The focus is wholly and fully on the upcoming games, firstly against Syria, then against Uzbekistan and now against UAE.

And heading into that game the Socceroos will fancy their chances against a host nation that has flattered to deceive this tournament.

That’s not to say the Socceroos have been world beaters – far from it, and they’ve shown a tendency to struggle against teams that sit deep and are hard to break down.

They lost against a Jordan side who did that, and played poorly against Uzbekistan, needing some Mat Ryan magic to rescue them from an early exit. 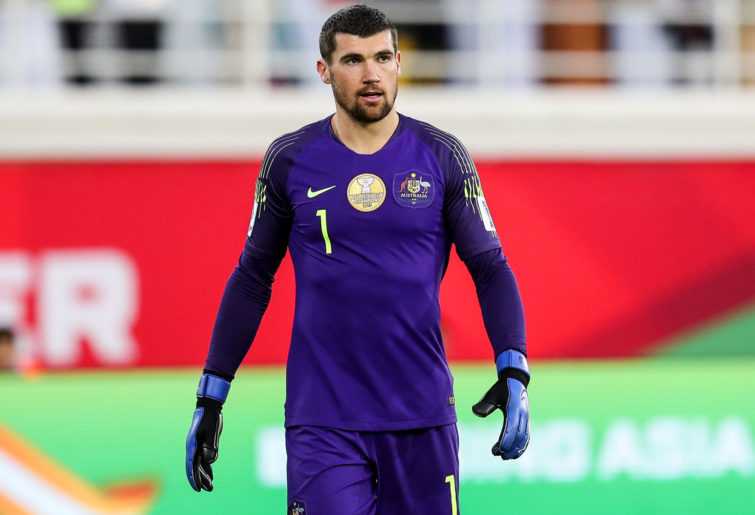 The return of Mat Leckie, however, adds some much-needed spark to the side and gives the attack a different outlet. With Tom Rogic out suspended, Arnold has some choices to make in terms of how he structures his attack.

Despite his goal against Palestine, Jamie Maclaren has again struggled to lead the line, so perhaps playing Leckie in that number nine role might be the way to go, which allows Arnold to keep both Awer Mabil and Chris Ikonomidis, the two standouts for Australia in this tournament, in the starting eleven.

As for the hosts, it’s fair to say they’ve never really got going in this tournament, both on the pitch and in the stands.

The population here hasn’t warmed to this team under Zaccheroni, and it was disappointing to see the Zayed Sports City Stadium not even half full for their do-or-die clash with the Kyrgyz Republic earlier in the week.

And what a match it was, with the Kyrgyz Republic showing they are a minnow no more, pushing the UAE all the way, with only a soft penalty decision and the woodwork denying them a clash with Australia in the quarterfinals.

And as an aside, having dealt with many of the teams here let me say that the Kyrgyz Republic have been one of the best to deal with of all 24 teams. Open, accessible and genuinely friendly.

This is a team very much on the rise, and with the experience gained from another round of FIFA World Cup qualifying that will start later this year, expect them to be even better when the 2023 AFC Asian Cup comes around.

Elsewhere, it’s a tournament so far that is without a dominant force.

Iran and Qatar have arguably been the two most impressive nations, although the hosts of the 2022 FIFA World Cup face what is, on paper at least, a tough assignment against South Korea in the quarters.

But that is on paper – on grass the Koreans haven’t got going yet this tournament, even with the introduction of Son Heung-min into the team.

The Tottenham superstar was never going to be the white knight. Son in a Korean kit is a different Son to the one playing for Tottenham, and he’s never really managed to transfer his club form to the national team.

Qatar will fancy their chances against the Koreans, but the loss of the 2018 AFC Player of the Year, Abdelkarim Hassan, will hurt. The marauding full back has been in fine form for Qatar, so his absence will be felt.

Japan continue to get results but have been far from impressive, managing a barely believable 23 per cent possession against the Saudis, giving Vietnam some hope in their match up, while Iran will expect to get the job done against an inferior Chinese outfit.

While Australia won’t want to get too far ahead of itself, the prospect of facing Iran in the final is a very real one, a match 22 years in the making.

A tantalising thought, but before we tease ourselves with that prospect the focus remains on the UAE here in Al Ain tomorrow.

No distractions. No excuses. Time to get the job done.