Do we need doubles in tennis?

In the grand scheme of things, how important is doubles in tennis today?

More often than not, fans will flock to watch the singles, be it on the men’s side or the women’s side.

To many, doubles is like having an extra fluffy and comfortable pillow to lie on, or a nice cosy blanket to compliment your duvet.

You don’t really need it but it is nice to have alongside the showpiece. A nice side dish to the main course.

Although some may have thought this, the British number three, Daniel Evans, brought it to our attention, sort of, with another outspoken tirade.

At present, seven British men are ranked inside the worlds top 60 doubles players – more than any other nation.

Evans responded to this by saying doubles players were ‘people who didn’t make it at singles’.

Does he have a point?

Many moons ago, multiple grand slam doubles champion, Peter Fleming, said: “The best doubles partnership in the world is McEnroe and anybody.”

Having the best player in the world dominating both formats of the game adds credibility to doubles.

But nobody does that these days. They are separate entities.

No top player plays doubles while playing singles. A handful of players in the top 50 will play but it is something of an afterthought.

“I like the doubles guys and they’ve done well, but to think we should celebrate this so the kids growing up look up to this as a huge achievement is completely wrong.

“Kids want to be in the second round of main draw singles events, not doubles.

“We are the only country in the world to have a doubles coach travelling round paid for by the federation at the Grand Slams.

“For me it is lazy comments to make,” he said.

“It is ill-informed and dumb really. Also, to question the reason that we are on the doubles tour is because we don’t work as hard as the singles guys is just total nonsense.

“I’ve been playing the tour since 2007, travelling the world, working my ass off to stay at the top of the game and make a living for myself.

“To come from someone who really hasn’t applied himself as much as he should … he has made a hash of his career with his decision making and stuff.’

What Evans said may have some weight to it, but he is not exactly someone who has worked particularly hard at his craft himself.

He himself admitted a few years ago that I am ‘pretty bad at my job’ as he did not train very hard.

Only last April he returned from a drugs ban after testing positive for cocaine.

Despite his apparent self-admitted laziness, Evans may have a point.

It could be argued that doubles players are not good enough to ply their trade in the singles.

Fernando Verdasco, Jack Sock and Pierre-Hugues Herbert are a few players that spring to mind.

Doubles players tend to be less mobile around the court, have had modest singles careers, but tend to be adept at volleying. 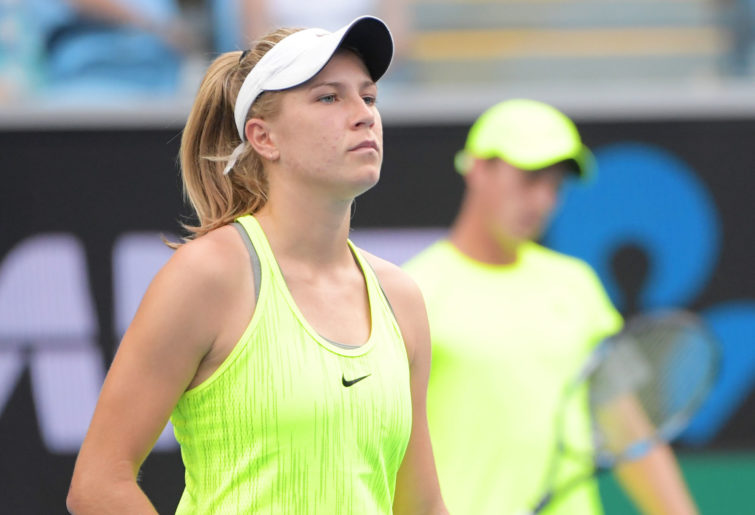 But do they work as hard? Arguably, no. They have another play to rely on, they probably don’t train quite as hard and may not be as fit as singles players.

“I’m just more of a believer that we all should be celebrated for what we’re out here achieving,” said Murray.

“If he does something that’s noteworthy and deserves recognition then absolutely he should get it, along with anybody else that’s got a GBR (Great Britain) next to their name.”

So, do doubles players work as hard as singles players? Arguably not.

Are the majority of doubles players (many of which are 35 or older) not good enough to make it in the singles? Arguably not.

Is it worthwhile to keep doubles? Arguably yes.

If we acknowledge that it is easier to make it in doubles than it is in singles, then we should appreciate the effort that players have made to reach the top.

But it is not as impressive as reaching the top in singles.

On the whole, British tennis, like Australian tennis, seems to be doing its talking off the court, rather than on the court.